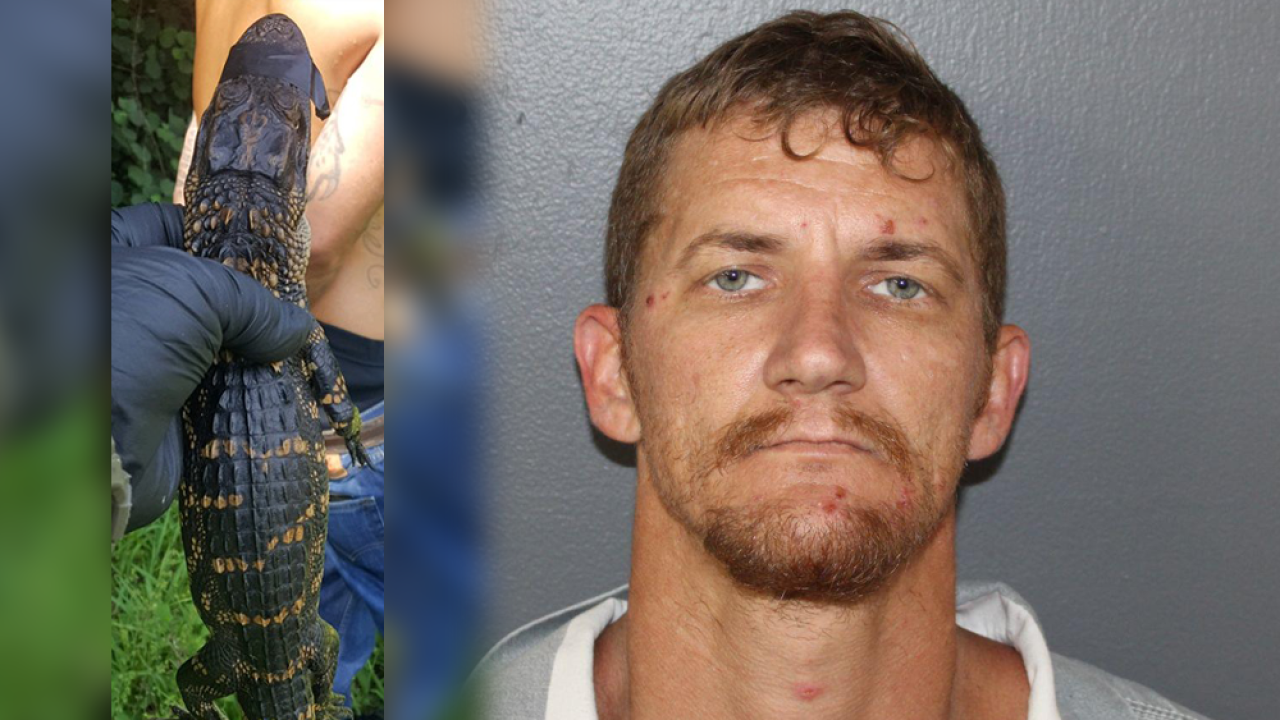 HARDEE COUNTY, Fla. — Deputies arrested a man Thursday after he was pulled over with drugs and a live alligator in his car during a traffic stop.

According to the Hardee County Sheriff's Office, deputies searched Anthony Richardson's car after they pulled over Thursday and found a live alligator in a bag in the front seat.

Richardson told deputies he had the gator in his front seat before they searched the vehicle.

Richardson told deputies he didn't have an alligator trapping/hunting license but said he came into possession of the gator through a friend. According to deputies, he said he planned to release it into a river.

Deputies called the Florida Fish and Wildlife Conservation Commission and released the gator into the Peace River after speaking with a wildlife officer.

Richardson was booked into the Hardee County Jail for multiple drug charges and illegally possessing or capturing an alligator.

This story was originally published by WFTS in Tampa, Florida.