There is no constitutional right 'to infect others,' judge rules 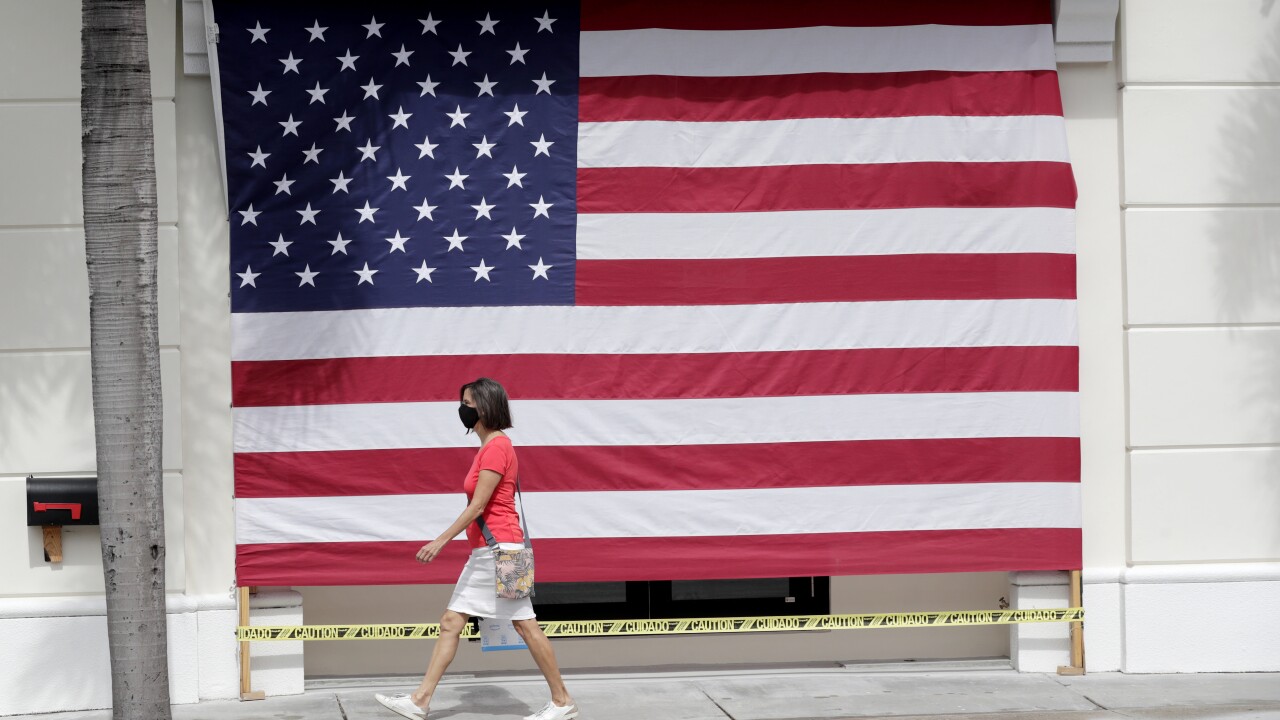 Copyright 2020 The Associated Press. All rights reserved.
Lynne Sladky/AP
A woman wearing a protective face mask walks past an American flag in front of a closed business during the new coronavirus pandemic, Monday, May 11, 2020, in Palm Beach, Fla.

A Florida judge has denied a request for a temporary injunction to block the Palm Beach County mask mandate.

Attorneys for a group of Palm Beach County residents filed a lawsuit claiming that the county's emergency order requiring masks in public places to help prevent the spread of the coronavirus was unconstitutional.

"The right to be 'free from governmental intrusion' does not automatically or completely shield an individual's conduct from regulation," Kastrenakes wrote in his 13-page order. "More to the point, constitutional rights and the ideals of limited government do not absolve a cititzen from the real-world consequences of their individual choices, or otherwise allow them to wholly shirk their social obligation to their fellow Americans or to society as a whole. This is particularly true when one's individual choices can result in drastic, costly and sometimes deadly consequences to others."

Kastrenakes went on to say that there is no "constitutional or protected right to infect others."

Commissioners voted unanimously last month to approve the mask mandate, despite objections from an impassioned group of residents who spoke against such an ordinance.

County Administrator Verdenia Baker last week extended the order for an additional 30 days. It now remains in effect until at least Aug. 23.

Mayor Dave Kerner said Friday that the county is in the process of mailing about 3 million masks to residents.

"As this community tries desperately to navigate the tumultuous seas presented by COVID-19, it is reasonable and logical that our elected officials are throwing the citizens of Palm Beach County a lifeline in an attempt to ameliorate the spread of this deadly, unbridled and widespread disease," Kastrenakes concluded. "Based on the evidence, this court will not second guess the manner in which a co-equal branch of government sought to discharge its sacred duty to protect the general public."

A statement from the Florida Civil Rights Coalition, which filed the lawsuit on behalf of the plaintiffs, said Kastrenakes "unsurprisingly" denied the motion, "paving the way for continued government tyranny under the guise of disease prevention in Palm Beach County."

Attorneys for the plaintiffs argued during a hearing last week that the mask mandate infringes upon their clients' constitutional rights.

In their statement, attorneys claim the ruling "disregards fundamental rights like freedom of speech and the right to medical self-determination protected by the Florida Constitution."

The Florida Civil Rights Coalition plans to appeal the ruling.

WPTV's Peter Burke was first to report this story.