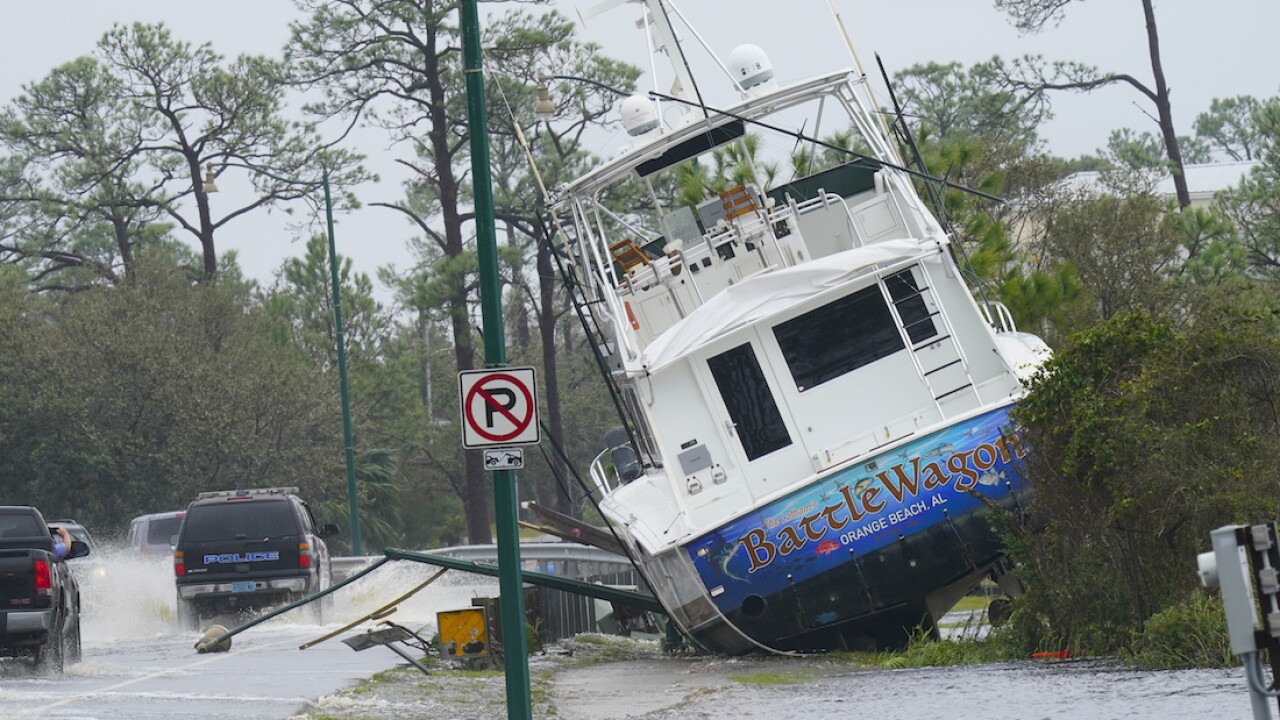 Copyright 2020 The Associated Press. All rights reserved
Gerald Herbert/AP
A boat is washed up near a road after Hurricane Sally moved through the area, Wednesday, Sept. 16, 2020, in Orange Beach, Ala. Hurricane Sally made landfall Wednesday near Gulf Shores, Alabama, as a Category 2 storm, pushing a surge of ocean water onto the coast and dumping torrential rain that forecasters said would cause dangerous flooding from the Florida Panhandle to Mississippi and well inland in the days ahead. (AP Photo/Gerald Herbert)

A man has died in Alabama as a result of Hurricane Sally, according to several media outlets.

Orange Beach Mayor Tony Kennon confirmed to WVTM that a person is missing.

The National Hurricane Center reported that the slow-moving storm made landfall near Gulf Shores, Alabama, on Wednesday at 5:45 a.m. ET with maximum sustained wind speeds of 105 mph.