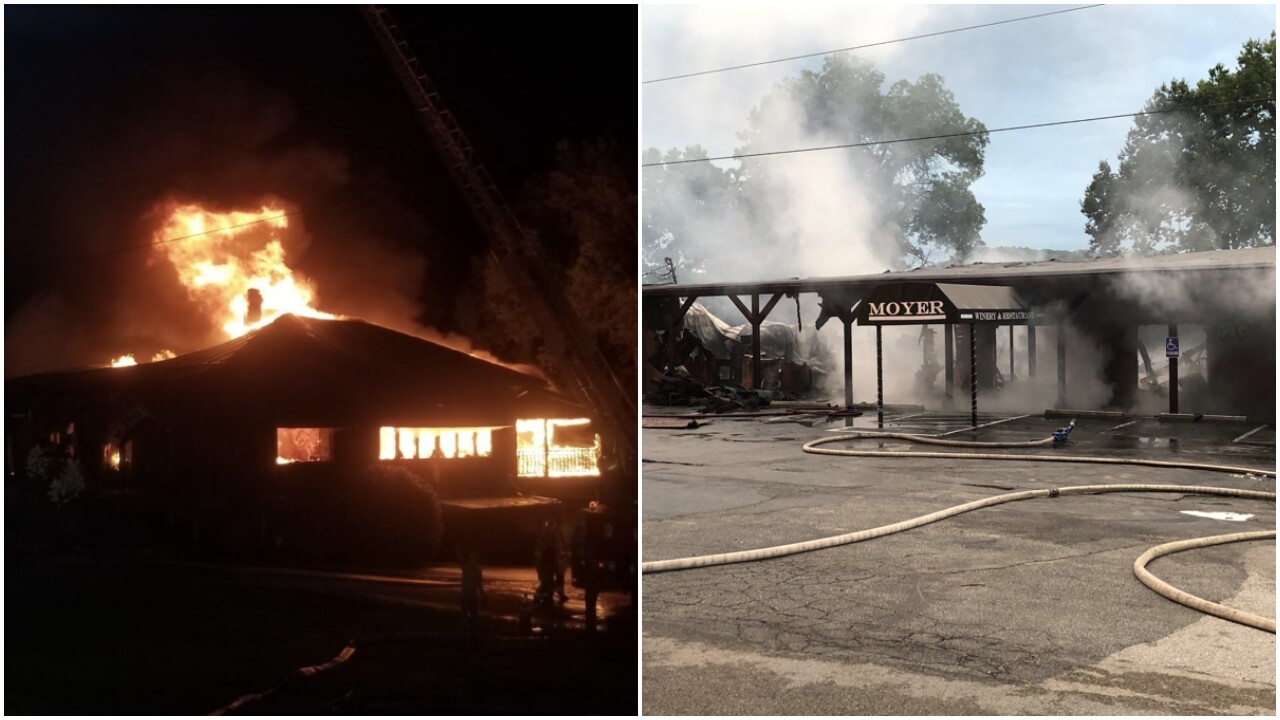 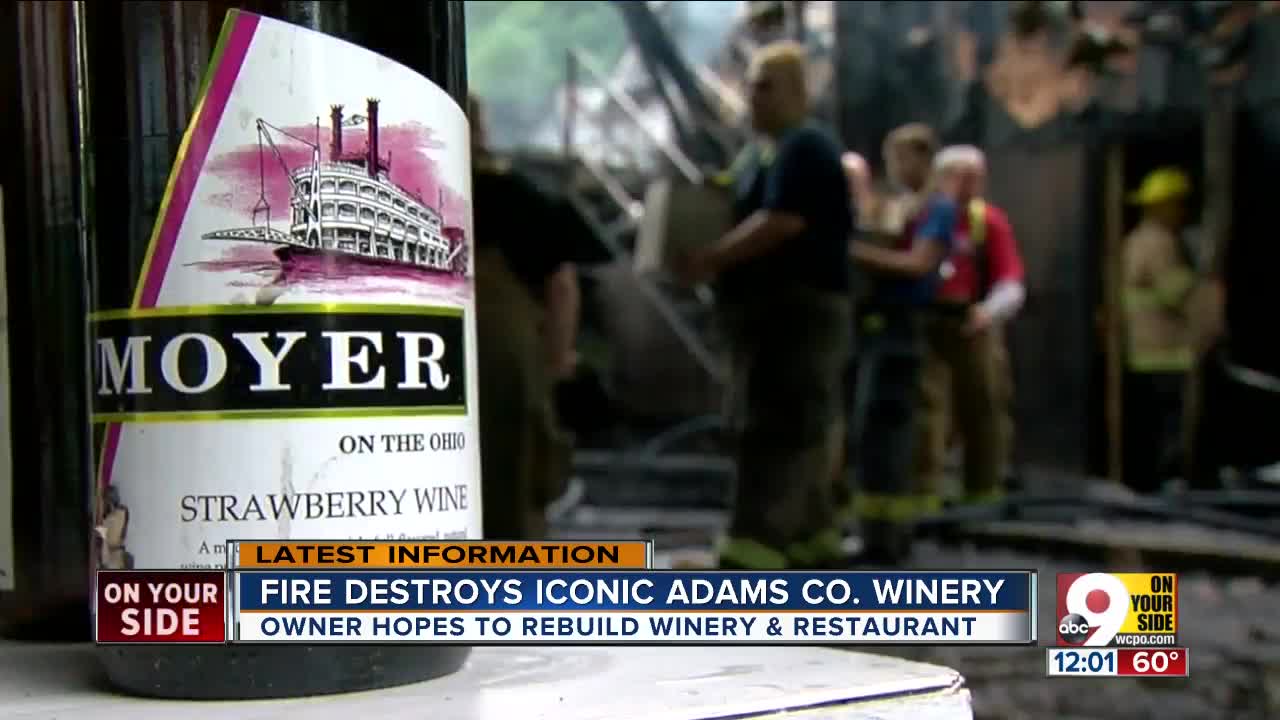 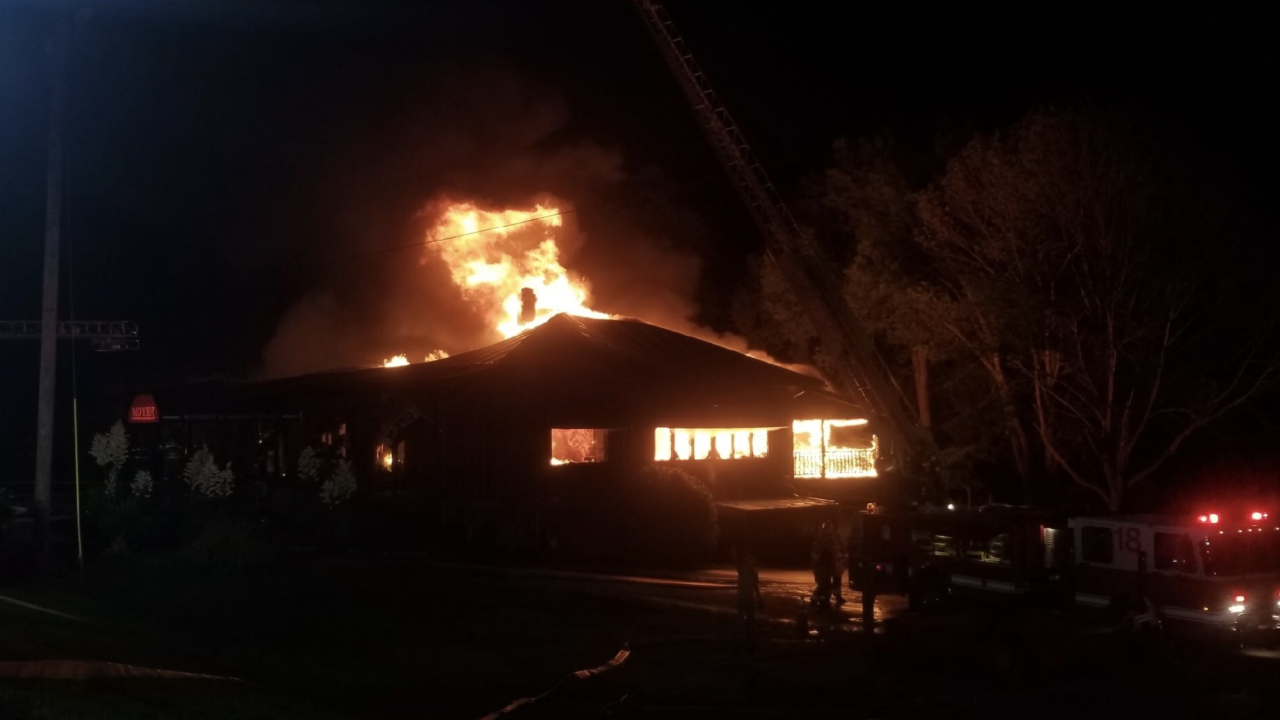 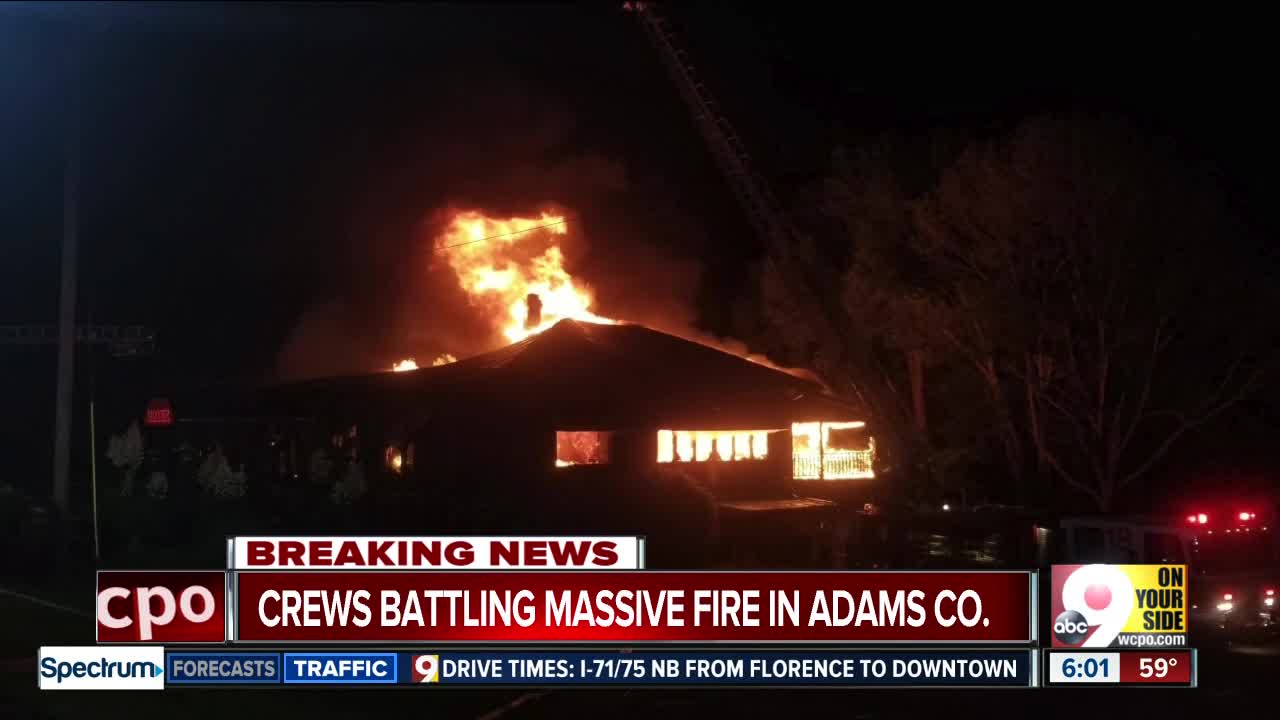 MANCHESTER, Ohio -- Owner Ken Smith didn’t think about the building or the wine inside when he saw a fire had ripped through his Adams County winery and restaurant.

Thirty employees are without a job and the community is without its decades-old staple after a fire destroyed Moyer Winery and Restaurant early Thursday morning.

Chief Rick Bowman said he thinks the fire started at about 3 a.m. in the kitchen. One firefighter became overwhelmed by the heat and was taken to a local hospital. The firefighter is expected to be OK.


Bowman remembers when Ken and Mary Moyer opened the winery in 1972.

"I was about 12 I think,” Bowman said. “They lived in Manchester a long time, up the street from me. I mowed their yard and delivered papers to them."

Bowman was among the first to try Mary’s famous bean and bacon soup, an item that remains on the menu today.

When Ken and Kimberly Smith purchased Moyer Winery last year, they renovated portions of the property with the founders in mind.

As Ken Smith surveyed the damage at daybreak, he couldn’t help but think about the Moyers.

"I'm sure they would also be very devastated,” he said. “Ken Moyer's ashes are here in the vineyard."

Smith said he and his wife will do everything they can to rebuild. Nearby, firefighters pulled charred boxes of wine from the rubble.

"It's very nice of them to do this,” Smith said.

“As we stand here today, this may be the last Moyer wine ever made."

A lot of unloading, probably 100 cases of wine being unboxed and stored nearby. Owner says there’s a lot more inside, the floor fell on top of it. @WCPO pic.twitter.com/mClL4tUPVs