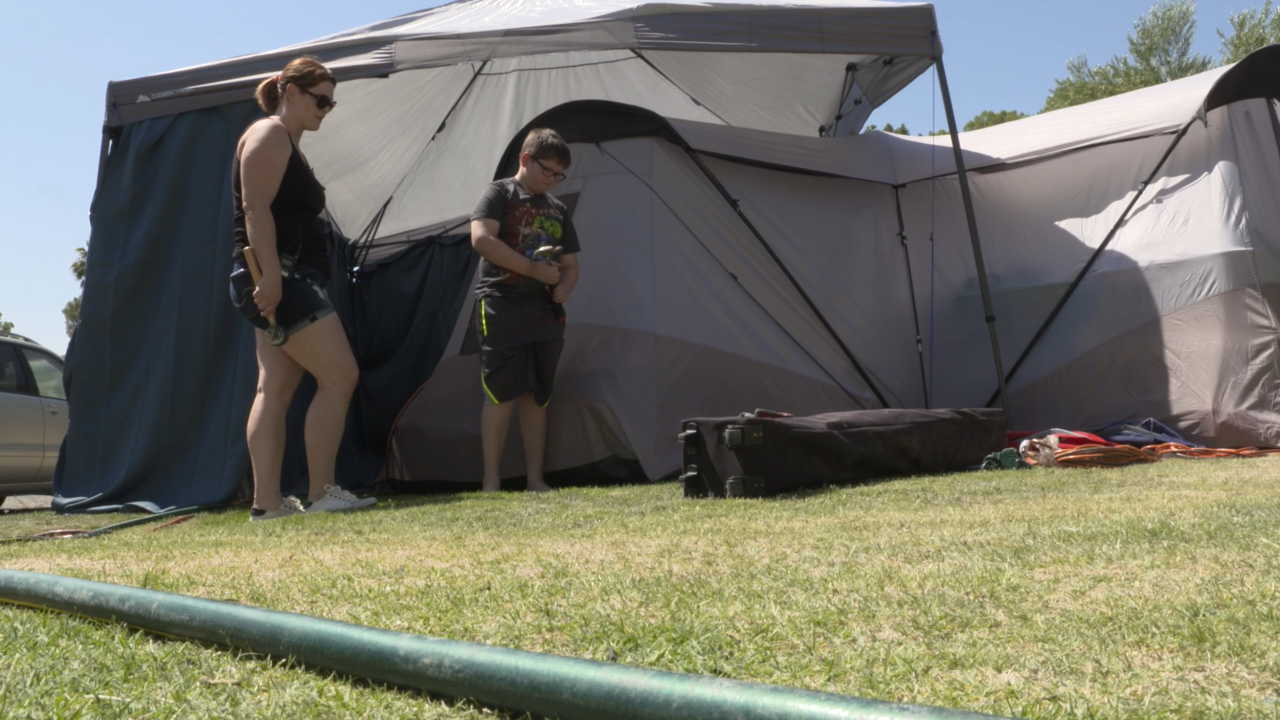 Clean-up efforts continue in the California desert after two earthquakes hit in less than two days.

In Ridgecrest, a city about three hours east of Los Angeles, the Spirit gas station is out big bucks. The owner says the earthquakes cost him about a $100,000 in lost products and damages.

As some look to rebuild, others are looking to relocate.

“As soon as we get a trailer, we are driving out the door,” says Ridecrest resident George Berz.

After the recent earthquakes, Berz and his family say living in Ridgecrest isn’t worth the risk. Now, they’re packing up and moving to Seattle. Before they go, however, they shared surveillance video capturing the terrifying moments when the tremors hit.

“The ground is going up and down, left and right,” Berz says. “I was losing my footing as I was running.”

It’s been days since the 6.4 and 7.1-magnitude earthquakes hit, and the city is still feeling the impact. Several city street lights are still out and people need help just getting the essentials.

Cheri Watkins came to the American Red Cross Shelter for water. The California native has lived through many earthquakes and now says enough is enough.

“The first one on the fourth didn’t scare me,” she says. “But now, I’m tired of the shaking.”

For some, those aftershocks have created a sense of insecurity.

After the earthquakes, Kristen Honeywell moved her family outside of her house and into these tents on the front yard.

“I think it’s just a security in a way,” she says.