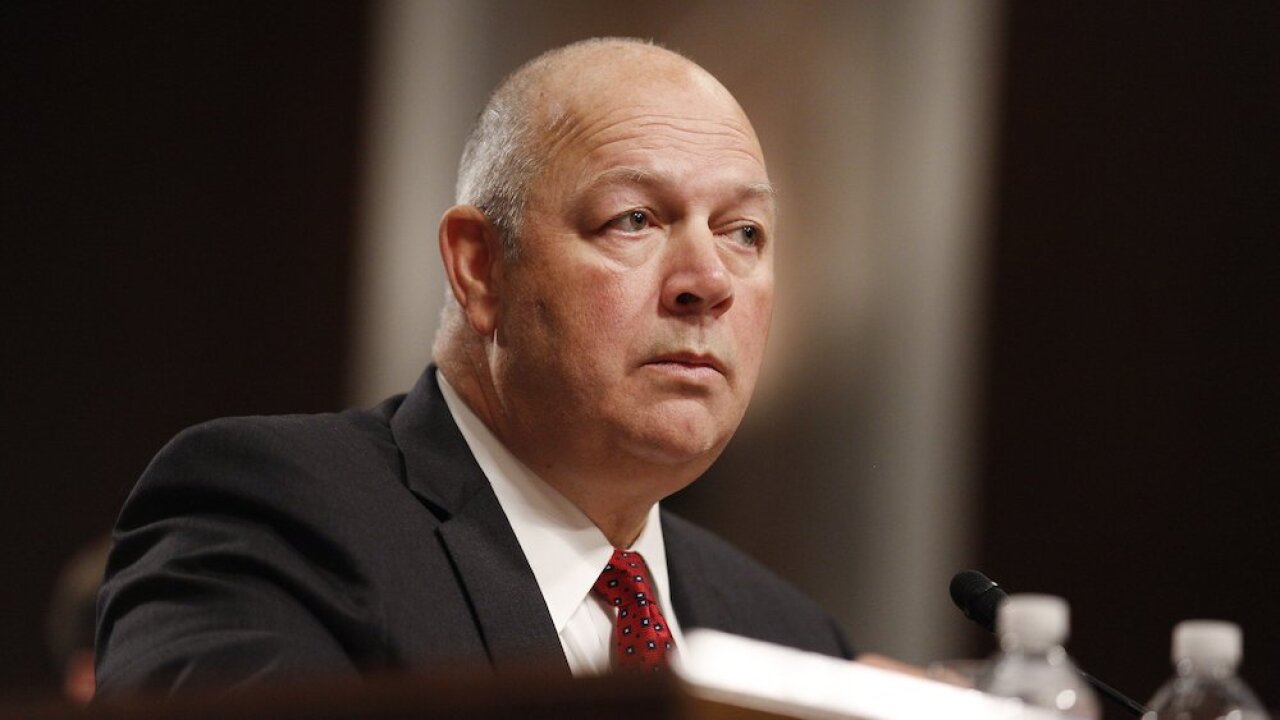 A Senate committee is investigating President Donald Trump's nominee to lead the Federal Aviation Administration, Stephen Dickson , for his involvement in a case in which a Delta Air Lines pilot alleged the company retaliated against her -- including sending her to a psychiatrist -- after she shared safety concerns with him.

The case, which has not been previously reported, involves Dickson's time as a senior vice president at Delta Air Lines and a Delta pilot who argues the company retaliated against her after she met with him in 2016.

Dickson did not disclose the case on his nomination questionnaire to the Senate Commerce Committee.

As Delta's then-head of flight operations, Dickson approved sending the pilot, Karlene Petitt, to a psychiatrist weeks after she gave him and another flight operations manager a report that listed what she described as FAA violations by Delta, according to documents.

The psychiatrist diagnosed Petitt with bipolar disorder and the company grounded her for more than a year. Two subsequent examinations found that she does not have that disorder, and she is currently flying for Delta.

Petitt is suing Delta in a Department of Labor administrative case that remains pending.

In a deposition, Dickson said he had ultimate responsibility over the decision to refer Petitt for a mental evaluation and called it a "sound course of action." Dickson retired from Delta last year.

Petitt's attorney, Lee Seham, told that CNN Dickson allowed what amounted to retaliation against his client.

Commerce committee staffers are currently examining the case, which they learned of after Dickson's confirmation hearing on May 15, according to two committee aides.

"Since holding the nomination hearing with Mr. Dickson, new information has come to the committee's attention that merits further examination. The committee has been reviewing this information and I have asked the Department of Transportation and the White House to do the same," said Sen. Roger Wicker, R-Mississippi, the committee's chairman.

A Democratic committee aide described the case as concerning, particularly because it was omitted from Dickson's questionnaire.

CNN made repeated attempts to contact Dickson but could not reach him for comment. The White House has not responded to request for comments.

On his Senate questionnaire , Dickson stated, "During my Delta employment, from time to time and in the ordinary course of business, Delta was involved in various judicial, administrative or regulatory proceedings relating to its business, although I was not a named party in any such actions."

On another section that asked for "additional information, favorable or unfavorable, which you feel should be disclosed in connection with your nomination," Dickson responded: "None."

Delta denies that the company retaliated against Petitt by referring her to a medical examination after she raised concerns.

"Our utmost responsibility is to provide safe and secure travel for our customers and our employees. The very core of our safety program is employee reporting. Every single Delta employee is encouraged and empowered to report potential concerns and we do not tolerate retaliation against employees who raise concerns," Delta spokesperson Catherine Simmons said.

Dickson, who is poised to lead the FAA in the midst of controversy surrounding the agency's prior certification of the Boeing 737 Max, has decades of aviation experience as a former Air Force and Delta pilot who became a senior Delta manager responsible for flight safety and pilot training until his retirement last year.

Petitt's ordeal began more than three years ago when she compiled a list of concerns about Delta. In addition to being a pilot for decades, Petitt has a PhD in aviation.

Petitt had witnessed a variety of events and practices involving Delta employees, training and scheduling practices that she believed violated FAA standards.

She compiled her concerns into a report that described "numerous areas where safety culture and ... compliance conflict with the FAA's (2013) outlined requirements and the airline's core values," which she presented to Dickson and Delta's then-vice president of flying operations, Jim Graham, in January 2016.

In a deposition, Petitt said that Dickson said during that meeting, "Some people like to sit in the back of the room and throw spit wads," which she interpreted as dismissive of her claims. Dickson said in a deposition he did not remember making that statement.

A Delta employee-relations manager then conducted an interview with Petitt in March 2016 about some of her claims, during which Petitt became frustrated, and her eyes filled with tears, according to her attorney. That manager reported that Petitt believed "something bad eventually will happen either to her or to a Delta flight," according to documents.

Graham held a teleconference with that manager and others and decided to ground Petitt and mandate that she receive a psychiatric evaluation, with Dickson's approval, according to court documents and Petitt's attorney.

The mental health evaluation by a Delta-hired psychiatrist resulted in Petitt's bipolar-disorder diagnosis, which rendered her unable to fly.

During this time, the FAA sent Petitt a letter in September 2016 that notified her an investigation had substantiated one of her safety concerns. The FAA determined Delta had failed to count employee "deadheading," where the airline provides an employee with a flight to another location, as flight time for computing daily and weekly flight limits, which Petitt said could affect pilot fatigue. The FAA did not substantiate three of her other allegations.

Petitt's attorney Seham said he has no doubt that the decision to ground Petitt, overseen by Dickson, was linked to the safety report she shared, which he said amounts to retaliation by Delta and sends a troubling message to the company's pilots.

"What's the impact of safety in terms of the message to 12,000 pilots that after you submit a safety report you're off to a psychiatrist?" Seham said. "Captain Dickson did nothing in terms of stopping what happened."

Seham added that he questions the thoroughness with which Dickson and Delta as a whole investigated Petitt's safety concerns.

During a deposition, Dickson said he took Petitt's safety allegations "very seriously" and that he appointed his colleague Graham to follow-up and oversee a review of her claims.

Dickson also said that his meeting with Petitt served as a catalyst for a company safety audit, though when asked during that deposition about specific determinations reached on some of Petitt's claims, Dickson said he did not remember or was not aware.

Delta said a third-party auditor reviewed the company's safety processes in 2016 and provided positive feedback, and that the issue raised by Petitt of not properly counting deadhead time toward flight limits had been addressed and corrected by the time the FAA investigated it.

A senior White House adviser tells CNN that Dickson has been cooperating with the committee.

"President Trump chose Steve Dickson to head the FAA because of his almost three decades of experience at Delta where he oversaw global flight operations," White House spokesman Judd Deere said in a statement. "The White House has complete confidence in his nomination and expects him to be confirmed."