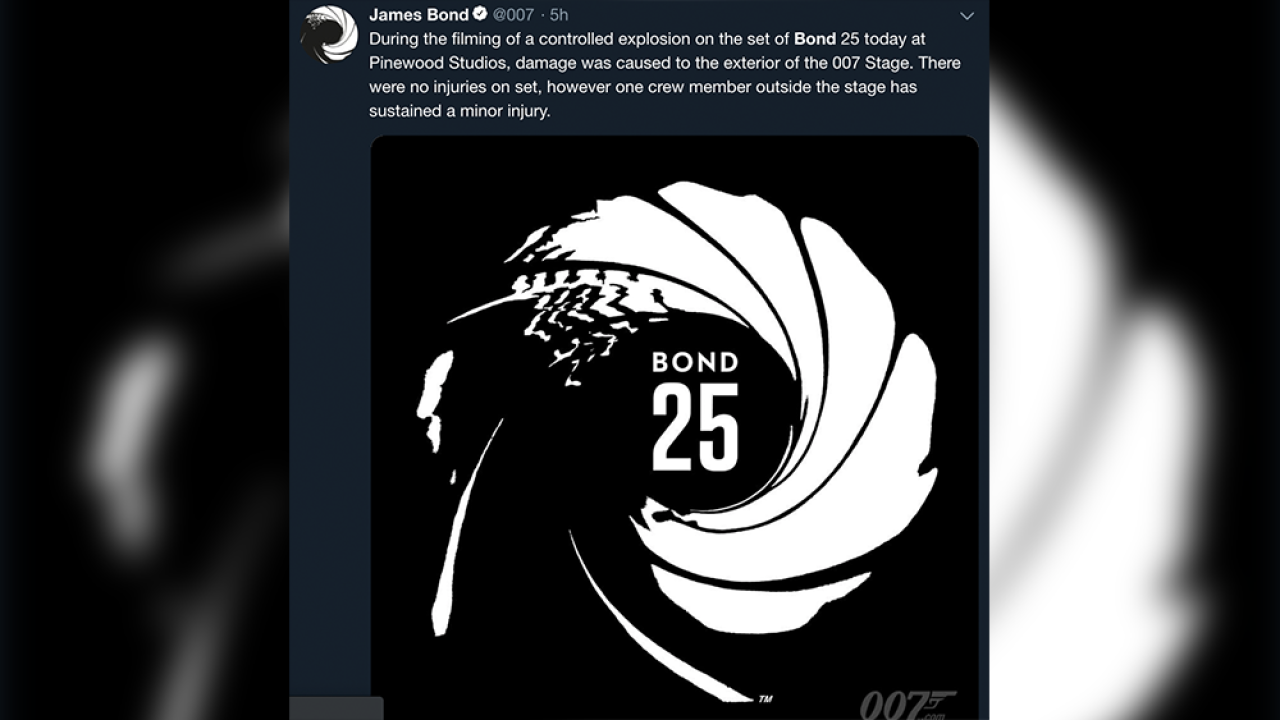 Bad luck continues on the set of the latest James Bond film. This time one person was injured when a controlled explosion caused damage to a stage.

The film's official Twitter account posted the announcement on Tuesday, stating that a controlled explosion on the set of "Bond 25" caused damage to the exterior of the 007 stage on Tuesday in the UK.

"There were no injuries on set, however one crew member outside the stage has sustained a minor injury," the tweet read. There was no more information on what injury was sustained.

This is the second injury that has occurred during the filming of the 25th movie in the "Bond" series. In May, Daniel Craig underwent ankle surgery after sustaining an injury while filming an action scene in Jamaica. That required two weeks of rehabilitation for the actor.

The film directed by Cary Fukunaga, and also stars Rami Malek, Billy Magnussen and Lashana Lynch. It is set to be released in April 2020.