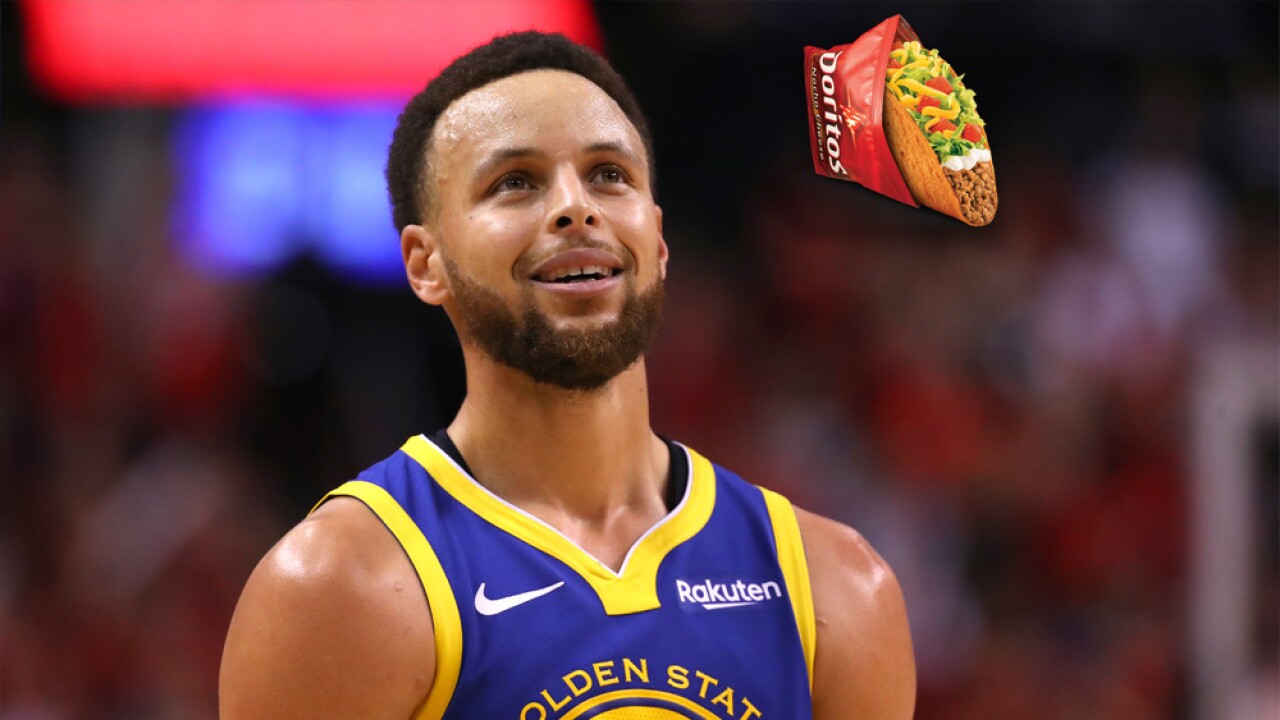 Say what you will about the Golden State Warriors being in their 5th NBA Finals in a row. Maybe you love them, maybe you hate them, but on Sunday night they were heroes.

Because the Warriors stole a game on the road against the Toronto Raptors, America gets to "steal" a taco: a Doritos Locos Taco from Taco Bell to be exact.

The Warriors stole Game 2 in the NBA Finals, which means free tacos for everyone June 18. 🌮🎉 (No text required...)

According to the restaurant, fans can go into their local Taco Bell on June 18 between 2 p.m. and 6 p.m. to redeem the offer. It also says you can steal one any time that day by ordering online or on the app.

Golden State was nice enough to win America a taco last year in the same promotion.

The series moves back to California for game 3 Wednesday night at 9 p.m. on ABC.