Eva Kor, a Holocaust survivor and forgiveness advocate, dies at 85 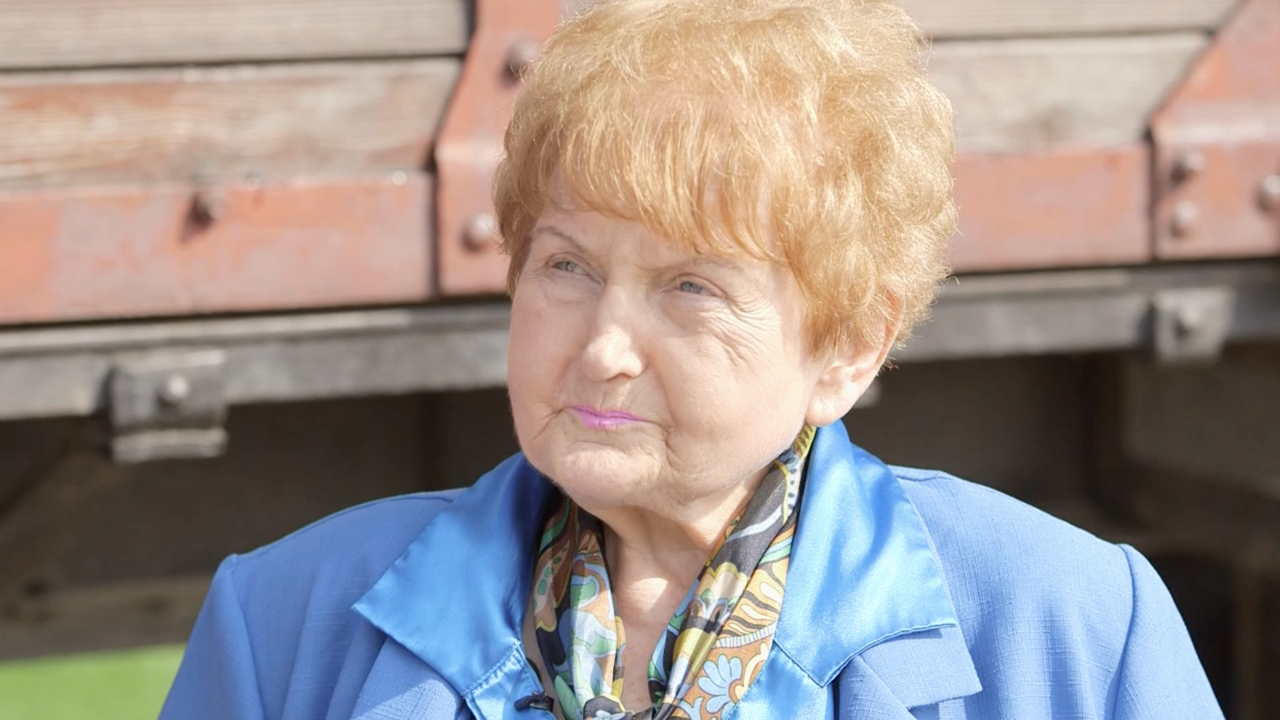 Eva Mozes Kor, a Holocaust survivor who advocated forgiveness for those who committed atrocities during that era, has died, according to the museum she founded . She was 85.

Kor -- who spent decades educating people around the world on the Holocaust and speaking about her experiences -- and was known for her message of equality and peace. She was on an annual educational trip to Poland when she died in Krakow.

"We are deeply saddened to announce the passing of Eva Kor, Holocaust survivor, forgiveness advocate, and founder of CANDLES Holocaust Museum and Education Center," the museum said in a statement.

"Eva Kor has touched hundreds of thousands of people over her 85 years through her message of overcoming tragedy, finding forgiveness, and healing," the museum added.

Kor was a child when she and her twin sister Miriam Mozes Zeiger were separated from their parents and their two others sisters on the selection platform at Auschwitz. It was the last time the two girls would ever see their family again.

Kor and her sister spent nine months at the concentration camp where they were victims of inhumane medical experiments at the hands of Nazi doctor Josef Mengele. After receiving a series of mysterious injections, Kor fell ill and was told that she had weeks to live.

After the Soviet army liberated the camp in 1945, the sisters relocated to Romania to live with their aunt. At age 16, they emigrated to Israel where they both served in the army. Eventually, Eva met her husband Michael Kor, a fellow Holocaust survivor and American citizen, and joined him in the United States. The couple lived in Terre Haute, Indiana, and raised two children.

Eva Kor and Zeiger eventually embarked on an effort to relocate other twins who were victims of the medical experimentation at Auschwitz. In 1984, the sisters founded the non-profit organization CANDLES (Children of Auschwitz Nazi Deadly Lab Experiments Survivors) and identified more than 100 survivors, the CANDLES museum website says.

But that wasn't enough for Kor. About 10 years later, Kor said in a 2016 CNN interview that she initiated a meeting with a Nazi doctor in an effort to learn more about what happened in Auschwitz. She said he told her of his involvement in the horrors of the concentration camp, and she asked him to join her on a trip to Auschwitz to sign a document reaffirming the existence of the gas chambers.

Kor also spoke of writing a letter of forgiveness to that doctor.

"I ultimately came up with a gift of forgiving him. That was my gift to him," she told CNN's Max Foster. "But it became a gift to me too."

"I was finally free of what happened in Auschwitz emotionally," she added. "I was in charge of my own feelings."

Kor opened the CANDLES Holocaust Museum and Education Center in Terre Haute in 1995 to "prevent prejudice and hatred through education about the Holocaust." The original museum was set on fire and destroyed in 2003. It was rebuilt and reopened 2005.

"The themes of Eva's life are apparent. We can overcome hardship and tragedy. Forgiveness can help us to heal. And everyone has the power and responsibility to make this world a better place," the museum's statement read. "We hope Eva's story continues to change the lives of those who hear it for many years to come."

The museum will be closed in honor of Kor until Tuesday, July 9.