E-cigarette sales to be banned in San Francisco, a US first 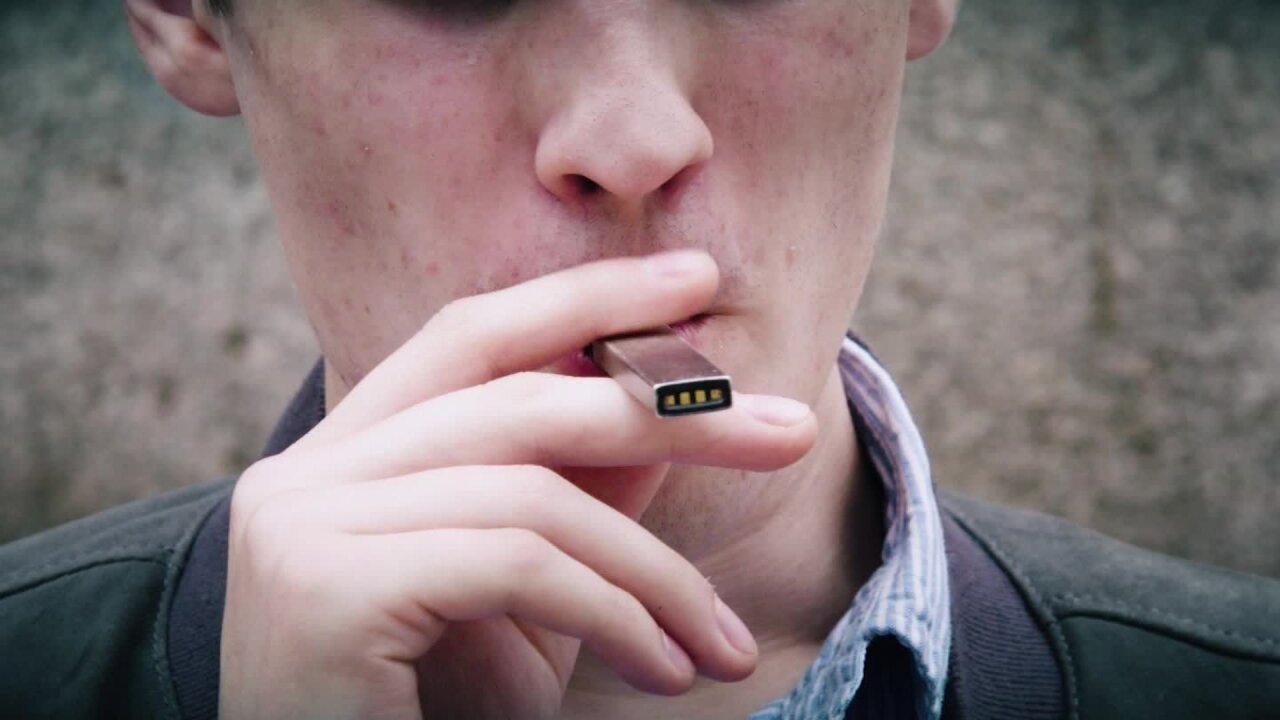 San Francisco will become the first US city to effectively ban e-cigarette sales, after the city's board of supervisors voted in favor of an ordinance Tuesday.

The ordinance says "no person shall sell or distribute an electronic cigarette to a person in San Francisco" unless that product has undergone premarket review by the US Food and Drug Administration. To date, none have.

This includes sales in brick-and-mortar stores, as well as online sales shipped to a San Francisco address. The ordinance also applies to flavored tobacco products in addition to e-cigarettes. The measure does not ban the use of vapes among people 21 and older.

The measure now heads to Mayor London Breed's desk. In a statement Tuesday ahead of the vote, she expressed her support.

"I support the legislation authored by City Attorney Dennis Herrera and Supervisor Shamann Walton to suspend the sale of e-cigarettes in San Francisco until the Food and Drug Administration concludes a review of the impacts of vaping on public health," said Breed. "There is so much we don't know about the health impacts of these products, but we do know that e-cigarette companies are targeting our kids in their advertising and getting them hooked on addictive nicotine products. We need to take action to protect the health of San Francisco's youth and prevent the next generation of San Franciscans from becoming addicted to these products."

After being signed, the ordinance becomes an effective policy 30 days later. It is set to be fully implemented six months after that.

This puts San Francisco -- where leading e-cig maker Juul Labs is headquartered -- at the center of a tense debate. City officials have cited vapes' popularity among youth as a key reason for introducing these measures. But critics of the ordinance say it could harm businesses and remove what some groups describe as a less-harmful alternative for adult smokers.

The policy also sets the stage for what could be a longer clash over e-cig regulation. Juul is also behind a ballot initiative that experts worry could roll back the city ordinance if voters approve it in upcoming elections. The company's proposal includes measures such as electronic age verification technology and limiting the amount of product that can be purchased at once.

Juul has already amassed the signatures required to move forward with the proposal, according to a statement Monday. In the statement, a Juul representative said "the prohibition of vapor products for all adults in San Francisco will not effectively address underage use and will leave cigarettes on shelves as the only choice for adult smokers."

The company has maintained it has taken action to limit kids from using their products and said it intends to continue working with policymakers and community members toward "stronger regulation and enforcement rather than complete prohibition."

The newly passed measure also highlights what health advocates say is the FDA's failure to act. The city criticized the FDA in a March letter -- alongside officials from New York and Chicago -- for allowing these products to temporarily remain on shelves without undergoing premarket review for their impact on public health.

"E-cigarettes are a product that, by law, are not allowed on the market without FDA review. For some reason, the FDA has so far refused to follow the law," City Attorney Dennis Herrera said in a statement last week after the ordinance passed an initial vote.

"Now, youth vaping is an epidemic," he continued. "If the federal government is not going to act to protect our kids, San Francisco will."

While the FDA would not comment on the specific measure, spokesman Michael Felberbaum said in a statement Monday that "the FDA has and will continue to tackle the troubling epidemic of e-cigarette use among kids. This includes preventing youth access to, and appeal of, flavored tobacco products like e-cigarettes and cigars, taking action against manufacturers and retailers who illegally market or sell these products to minors, and educating youth about the dangers of e-cigarettes and other tobacco products."

Earlier this month, the FDA issued final guidance for e-cigarette makers to submit premarket tobacco product applications, giving these companies a clearer path to seek official authorization to market their products. The announcement came about a month after a federal judge ordered the agency to speed up its review of thousands of vaping products now on the market. That decision, part of a lawsuit filed by multiple health groups, said that the agency has acted illegally by allowing e-cigarettes to remain on the market until 2022 before requiring companies to apply for that authorization.