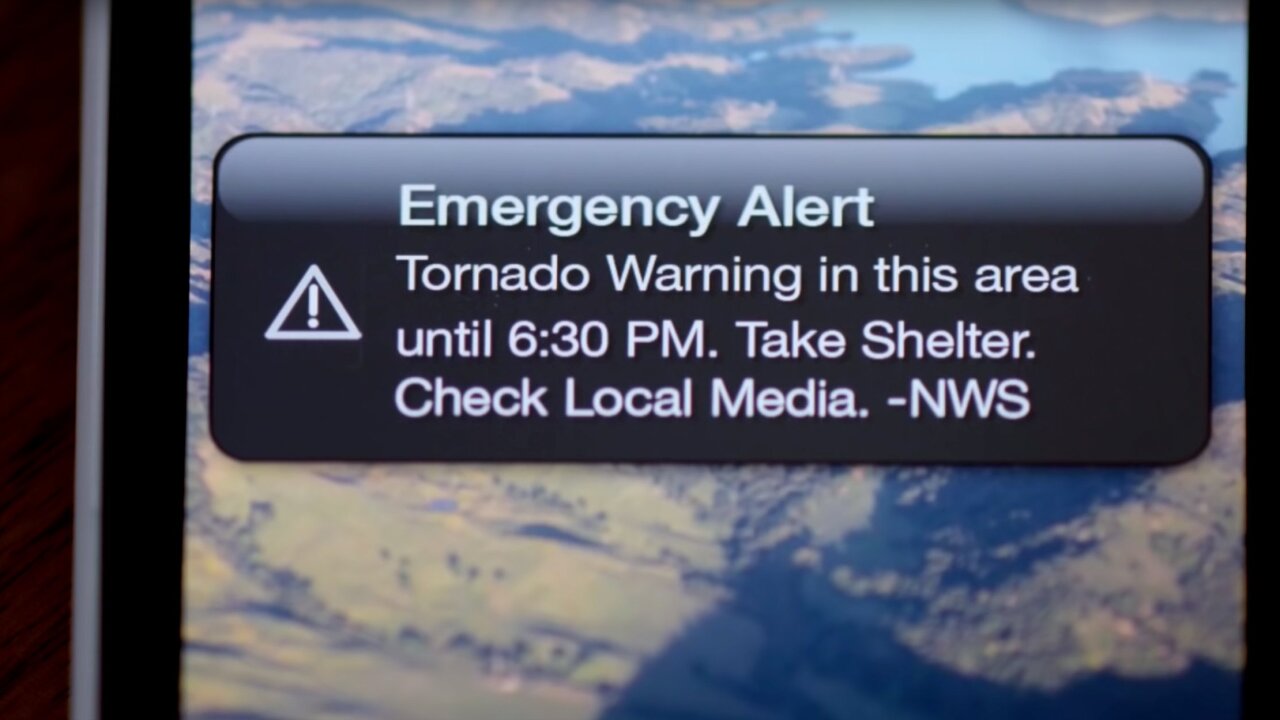 Trucker David Bell was hauling nearly 45,000 pounds of soda in his tractor-trailer through Jefferson City, Missouri, when his smart phone sprang to life with a severe weather alert.

He pulled over to the side of the road, as a tornado spread mass chaos outside. The windscreen of the truck's cab shattered. The howling winds blew part of a house underneath his trailer and trees snapped as lightning flashed around him.

Agape at nature's fury around him, he wondered that Thursday night whether he'd see his family again.

"It definitely gave me a new outlook on life," he told CNN . "Very grateful that I'm alive. I should have been smarter and heeded the warnings. I'm just glad God was with me tonight."

In 2012, the National Weather Service entered into the Wireless Emergency Alerts system, which is voluntarily supported by wireless providers.

Since that time, the system has sent out more than 40,000 alerts to the more than 99% of wireless subscribers who automatically participate in the program across the US, according to the Cellular Telecommunications and Internet Association.

The multiple late-night tornadoes in Jefferson City, Missouri last week and Linwood, Kansas last night illustrate how this advance in technology can save lives in ways traditional alerting via television and radio cannot.

A study in the journal Weather and Forecasting surveyed tornado deaths in the US between 1880 and 2007, finding that tornadoes occurring at night were 2.5 deadlier than those occurring during daytime hours. The researchers saw the fact that people were sleeping, and were therefore unwarned, as perhaps the biggest contributor to nocturnal tornado fatalities.

But now, with a loud obnoxious buzz of the phone in the middle of the night, it's more possible than ever to prevent many more of those late-night tornado deaths.

They also save lives

In 2013, Daniel Bennett, a pastor in Illinois, was overseeing Sunday worship services with 600 to 700 filling the pews when dozens of smart phones rang out with a National Weather Service warning during the service. He shepherded the flock to safety.

The man of God gave the glory to the smart phones for saving countless lives.

That same year, a tornado struck on Halloween night in Trout, Louisiana. Jamie Munson told the National Weather Service that her phone went off just before midnight, prompting her and her husband to leave their mobile home and take shelter in the house nearby.

The next morning they awoke to find their mobile home flipped over, and totally destroyed.

They knew the beep of the phone had saved them.

It's too early for data, even anecdotal, about how many people were able to seek shelter from this latest round of storms after seeing an alert on their phones.

But as the damage assessments come in, we're likely to hear from emergency managers in Kansas and Missouri who echo the words of Scott Franklin, the LaSalle Parish sheriff and emergency manager serving when the Munsons evacuated their trailer just in time.

"We are getting the alerts in time to be able to relay to our people in plenty of time to save lives," Franklin told the NWS. "The alerts on the storm saved at least 20 lives that I know of in LaSalle Parish. You can't put a price tag on that."