Drowning is the leading cause of accidental death for young children. Here's how to prevent it 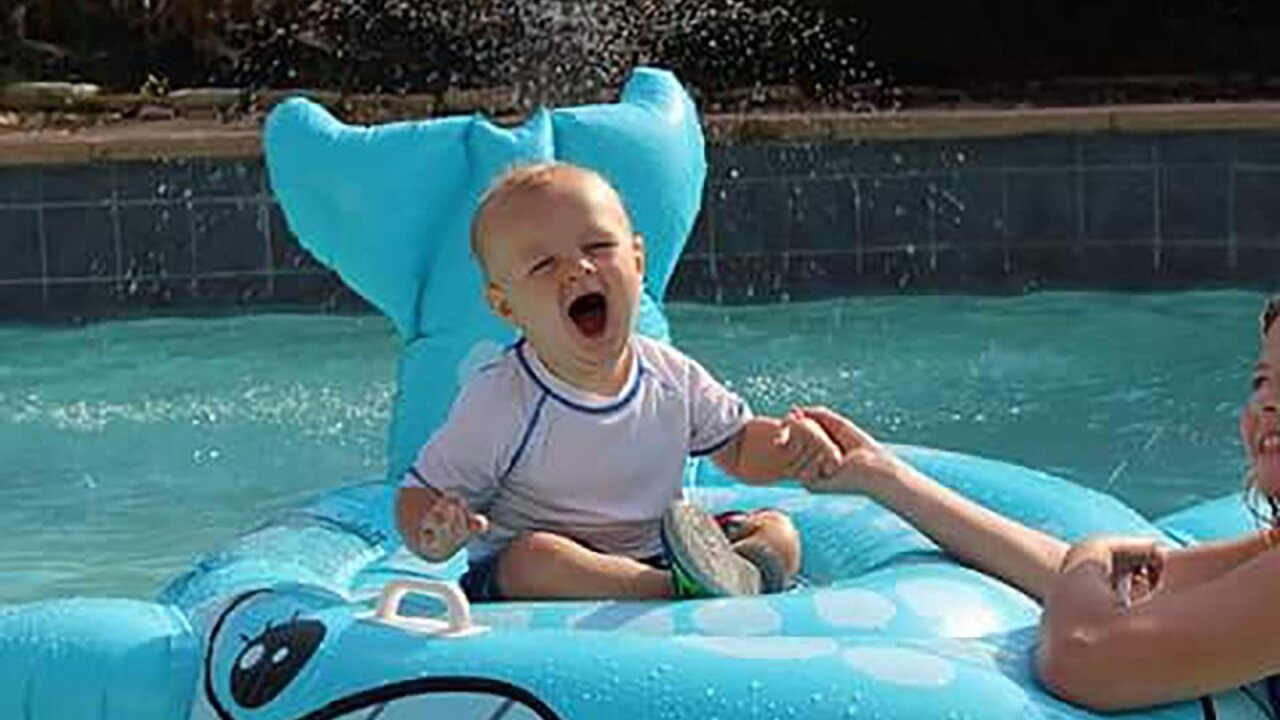 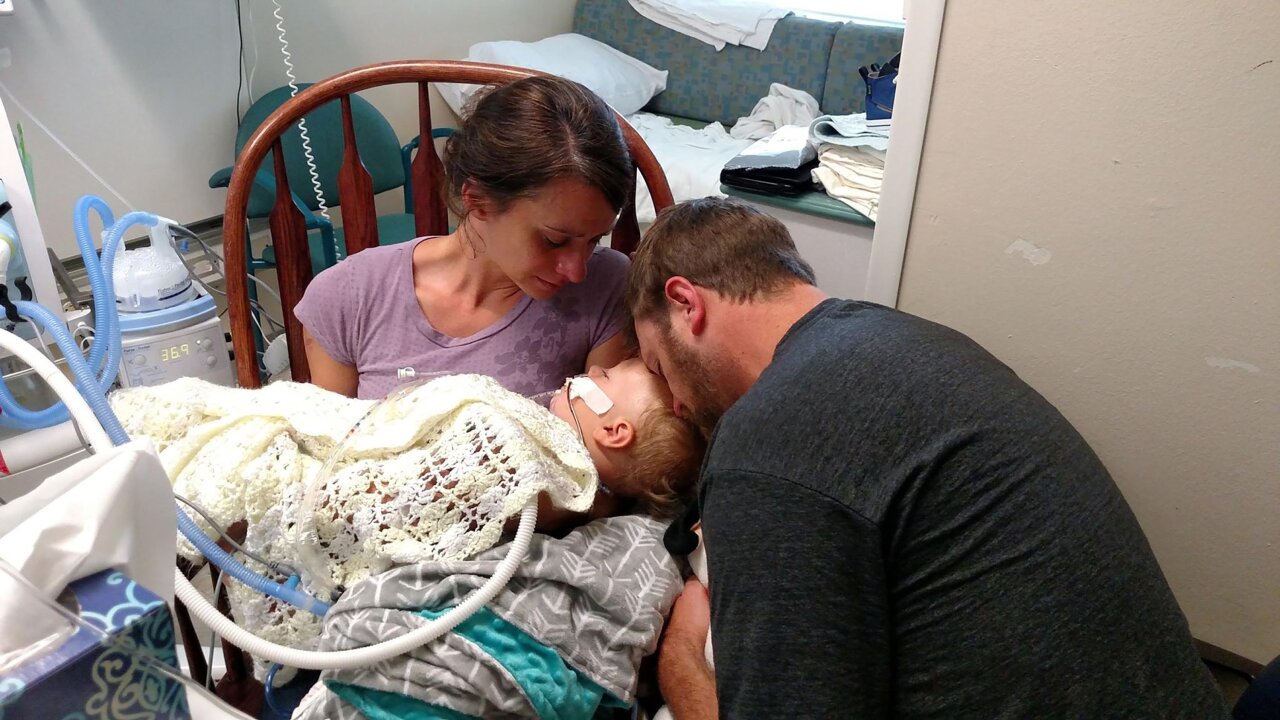 Jenny Bennett found her toddler floating in her family's pool, face-down, fully clothed. The 18-month-old had crawled through their home's pet door. An ER nurse, Bennett started CPR and rescue breathing on little Jackson while her husband called 911.

Jackson was declared brain-dead after four days on life support.

She spent two years going over and over the mistakes she made and finally decided to go public as an advocate for swim safety in her community of Tomball, Texas.

Bennett thought she had taken the right precautions. She had two doors separating the house from the pool: a storm door over the back door and tight cover on the pet door. "We understood a doggy door was a risk for him to make it to the pool. We made it very clear that the dog door remains locked."

But that day was unusual. She had to pick her husband up from work after his truck broke down and grabbed her three kids. With no time to let the dogs out, she opened the dog door and left the house. "I was too impatient to wait for them."

When the family returned, she forgot it was open.

"There was a lapse in supervision. We thought he was safe upstairs with his sisters."

The Bennetts' story is not unusual. Nearly 1,000 children died from drowning in the United States in 2017. It's the leading cause of accidental death for children 1 through 4. More than 8,000 others nearly died by drowning, according to the American Academy of Pediatrics.

"Drowning is fast, silent, and can happen even when it is not swim time," said Dr. Benjamin Hoffman, chairman of the academy's Council on Injury, Violence and Poison Prevention, in a statement. "It happens to real families, families with good, attentive parents who never thought it could happen to them."

There are ways to keep it from happening to your child, according to the American Academy of Pediatrics and the Centers for Disease Control and Prevention. They call it the "many layers of protection to prevent drowning."

Parents or caregivers should never -- not even for a moment -- leave young children alone or in the care of another child anywhere near pools, spas, wading pools or bathtubs, even if a lifeguard is present. Most young children who drowned in pools had been out of sight for five minutes or less and were in the care of one or both parents at the time, according to a study by the Consumer Product Safety Commission .

The same goes for any standing water. Toddlers can drown in just an inch or two of water. Caregivers should also empty any water from containers, such as pails, buckets and kiddie pools, immediately after use. The rule is that an adult with swim skills should literally be within one arm's length, providing "constant touch supervision."

Bennett says this is where she failed. "You lose sight of your child. You think they're somewhere safe when they're really not, or you get distracted by a phone call at the pool."

If you have a pool, you should completely enclose it with a 4-foot-high fence on all sides, separating it from the house and yard. The fence should have self-closing and self-latching gates. The American Academy of Pediatrics says such fences prevent more than half of swimming pool drownings of young children.

The academy is now urging states and local municipalities to pass laws requiring all pools to have these fences. In fact, 69% of children younger than 5 who drowned were not expected to be at or in the pool at the time, according to the Consumer Product Safety Commission.

Bennett says she wished she had put up a pool fence. "We could've done more."

Remove toys from pools after play

Bennett wonders whether her son was reaching for a toy in the pool and fell in. The group Water Safety USA , a consortium of nonprofits and governmental agencies, recommends that all toys be removed from bodies of water when they're not being played with.

Immediate resuscitation, even before the arrival of EMS personnel, "is the most effective means to improve outcomes in the event of a drowning incident," the American Academy of Pediatrics says.

Bennett says she enrolled Jackson in traditional parent-child swim lessons , but the training didn't include key survival skills like how to roll onto the back and float.

The American Academy of Pediatrics recommends swim lessons for many children starting at age 1. The decision to start water-survival skills training or swim lessons at an early age "must be individualized on the basis of the child's frequency of exposure to water, emotional maturity, physical and cognitive limitations and health concerns related to swimming pools."

The academy says a swim program must ensure that children have basic water safety skills and give them respect for the water.

Children should learn how to tread water, float and stay by the shore or the side of the pool.

A study in the journal JAMA Pediatrics and Adolescent Medicine found formal swimming lessons reduced the likelihood of childhood drowning by 88%.

The pediatrics group recommends that children always wear life jackets when boating or near bodies of water, including nonswimmers and children who know how to swim. More than two-thirds of all boating fatalities are from drownings, and 90% of those drowning victims were not wearing life jackets, according to the BoatUS Foundation.

Teach your children never to play or swim near drains or suction outlets. The nonprofit Safe Kids Worldwide says there are serious dangers to drain entanglement and entrapment.

Bennett has made it her mission to spread the message of water safety. She lectures about what happened to her son. She's created a pamphlet of swim safety tips now given out to families when babies are born at HCA Houston Healthcare, her employer. And she established a national parents' group, Parents Preventing Childhood Drowning, to spread the word.

She hopes everyone will take these precautions in the name of her son, Jackson, who would've been 4½ this summer.