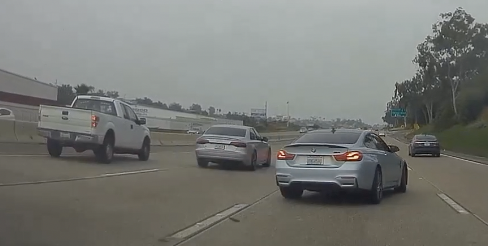 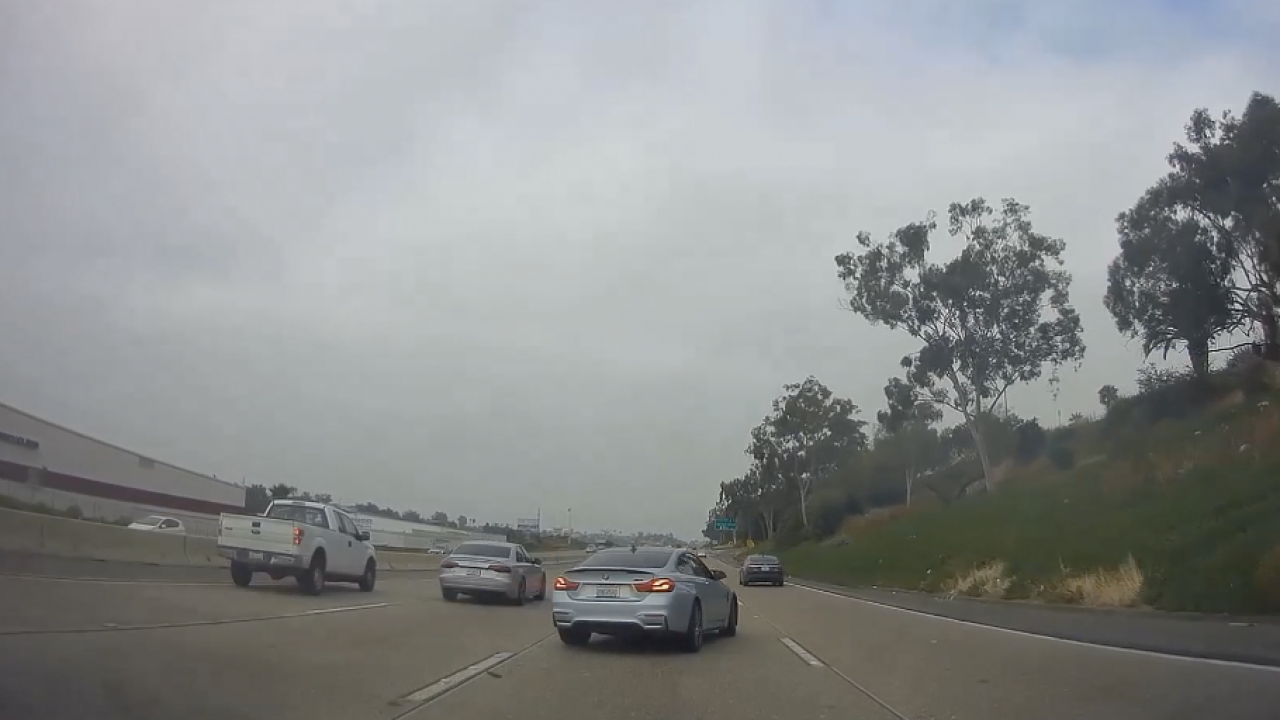 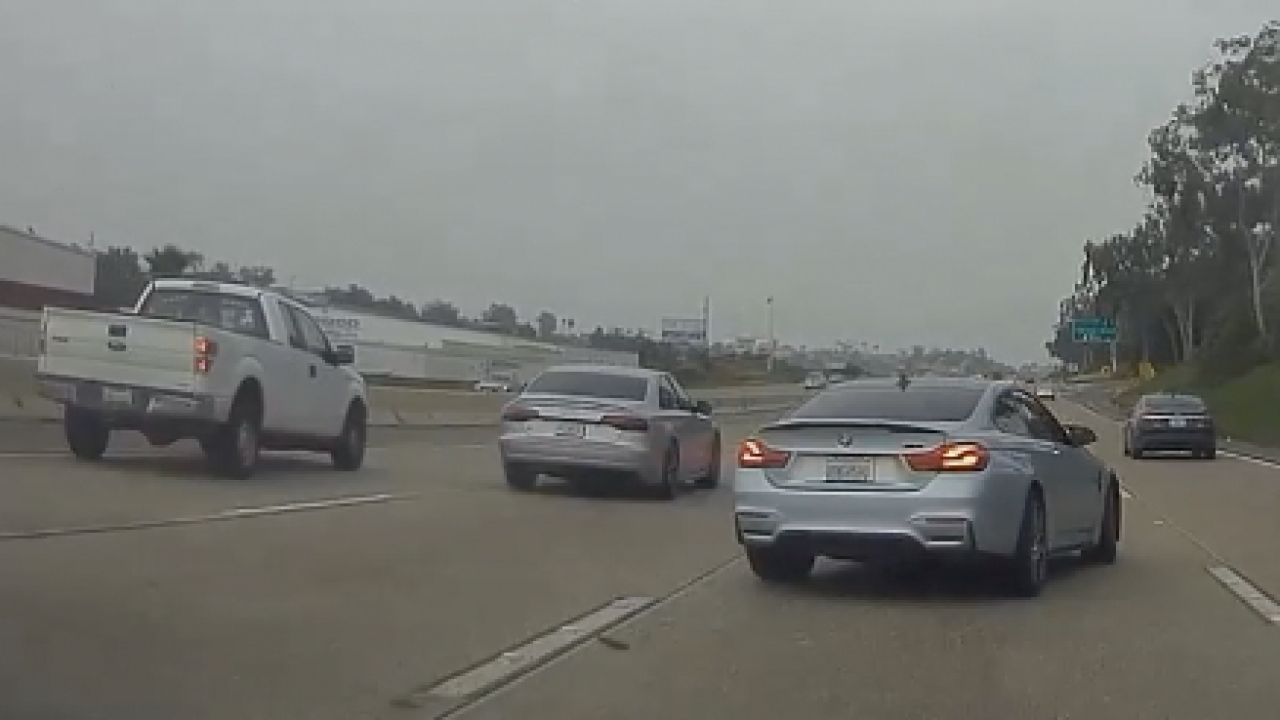 The race happened Thursday just after 8 a.m. local time near. Video shows two sedans, an Audi and a BMW, drive up fast behind the witness' vehicle and pass him, before the BMW crashes into an unsuspecting driver.

“Just a complete surprise,” said a witness who shared his video and requested anonymity.

The witness was taking his mother to the doctor when the sedans approached him from behind.

“I just see them come out of nowhere and spin out, and runs into the back of the car,” said the witness. “In real time, I didn’t even see the other car.”

“My first thought was, he was running from the cops,” the witness said.

The witness said the BMW driver involved in the crash stopped to check on the innocent victim, then went back across the road.

No one was injured in the crash, according to the California Highway Patrol.

The CHP is investigating what officers say is possibly a racing crash. No arrests have been made.

“Ain’t no real reason to go that fast with that many people on the road,” the witness said. “He completely totaled the back of that guy’s car and there could have been a kid back there.”