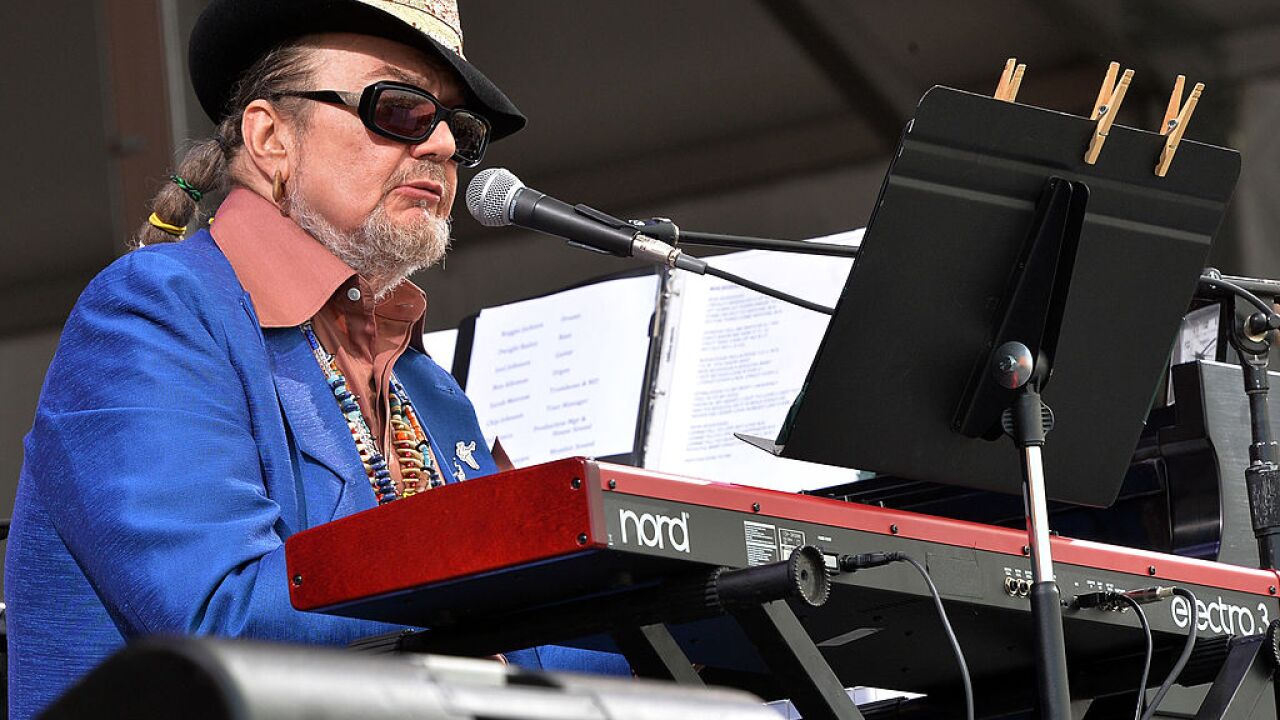 Dr. John "created a unique blend of music which carried his home town, New Orleans, at its heart, as it was always in his heart," she wrote.

According to the Grammy website , Dr. John began his musical career working as a songwriter and guitarist in the 1950s. He later played keyboards for Aretha Franklin, the Rolling Stones and Van Morrison.

The blues, rock and jazz musician won his most recent Grammy in 2012 for the best blues album, "Locked Down."

Guitarist Kenny Wayne Shepherd wrote on Instagram : Just heard a Louisiana legend has passed. Dr John was a friend and an inspiration to me. I've never met another man quite like him. When a person so unique leaves us, it creates a void that will never be filled."

Guitarist Joe Bonamassa tweeted: "Man this really hurts ... One of the greatest of all time and a real genius and gentleman."