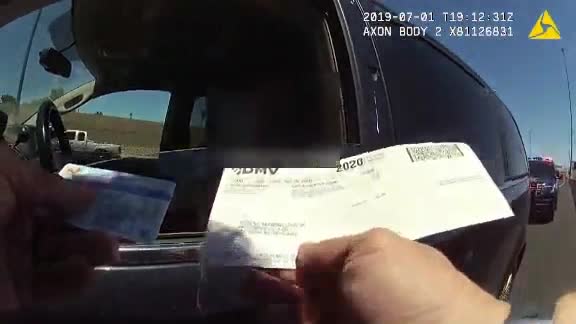 A trooper recently pulled over a driver who was hauling a deceased body in the HOV lane.

Only living passengers count in the carpool lane, apparently.

CNN reports a Nevada Highway Patrol Trooper stopped a solo driver traveling in the high-occupancy vehicle lane on I-15 Monday.

The vehicle was a Chrysler minivan that the trooper later discovered to be equipped like a hearse.

After giving the trooper his registration paperwork, he handed him a pamphlet for the funeral home he worked for, and asked if the deceased person counted as a passenger in the HOV lane.

Sure enough, the trooper saw a gurney with a body inside.

The trooper laughed and told him, no — deceased people do not count as carpooling passengers. According to CNN, mannequins and pets do not count either.

The driver was let off with a warning.

This story was originally published on KNXV .