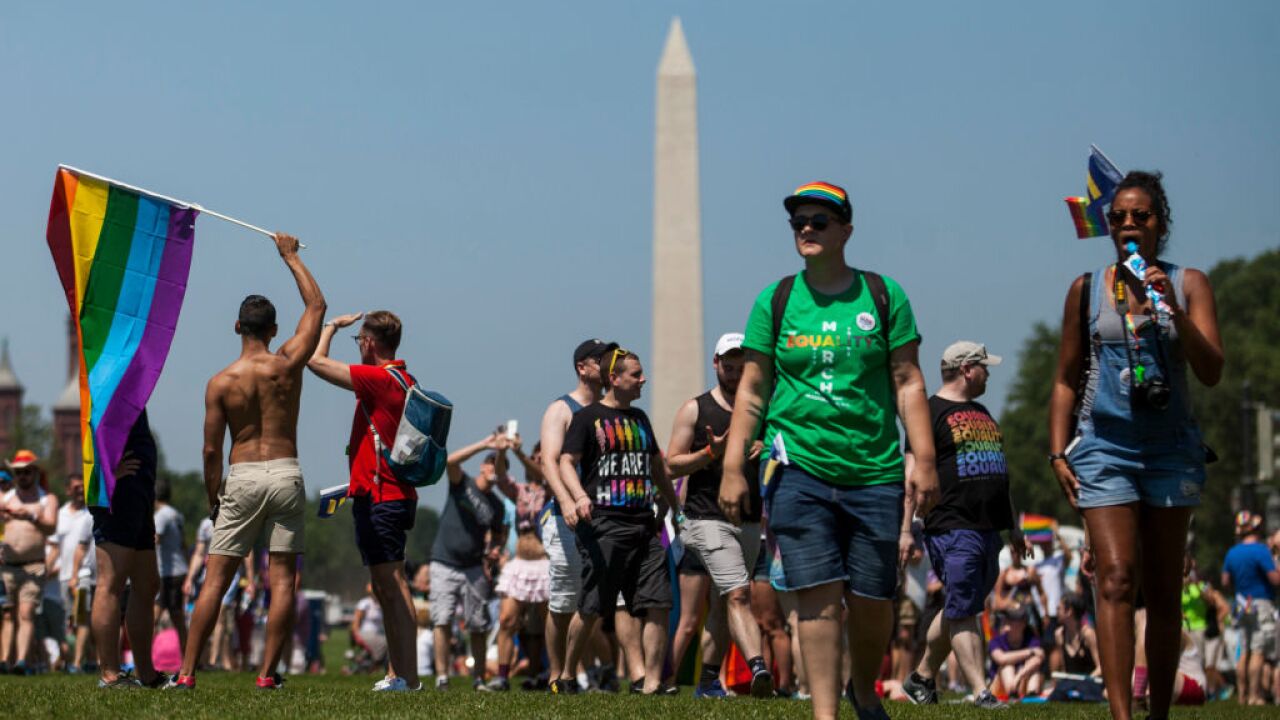 Several people were injured Saturday during the Capital Pride Parade while running from what they thought were gunshots, authorities said.

Cmdr. Guillermo Rivera of the Metropolitan Police said police were responding to a call of a man with a gun. As they approached the scene, they encountered people who said shots had been fired.

Police stopped a male suspect and found a handgun nearby. He was arrested. Rivera said there was no evidence that shots were fired.

Seven people were taken to hospitals with minor injuries, the commander said. Other people were treated at the scene, in Washington's Dupont Circle.

Police are reviewing recordings to try to determine what the noises were.

A reporter for CNN affiliate WJLA said that he heard three or four very loud pops he thought were gunshots.

"You just heard people scream and they just started booking it," Tom Roussey said. He said with each pop more people panicked. "They're knocking over barricades ...It was just chaos for a few moments."

The Capital Pride Alliance, which organized the event, said on its website that it expected more than 200 organizations to take part in the 1.5-mile parade. The parade featured floats and vehicles, organizers said.

After the chaos, Capital Pride tweeted that the parade was over but a block party would go on as scheduled.

The incident happened at about 7:20 p.m.

We were at #DuPontCircle when the crowd started panicking during the #DCpride parade. People were crying and trying to hide. Swarmed the #CosmosClub where we were staying. America in 2019. pic.twitter.com/ZP271JUi2r

Panic at pride. Dozens of people started running from Dupont Circle. I’m trying to find out what happened. @ABC7News pic.twitter.com/mHoDp4X1Gm

#DCPride #CapitalPride #shooting Marching in the Gay Pride parade in Washington DC. As my girlfriend and I were walking past Dupont Circle, apparently someone started shooting. I did not hear the shots, but caught the moment of the stampede. People went quickly from smiling, pic.twitter.com/oPQdIrM3dG