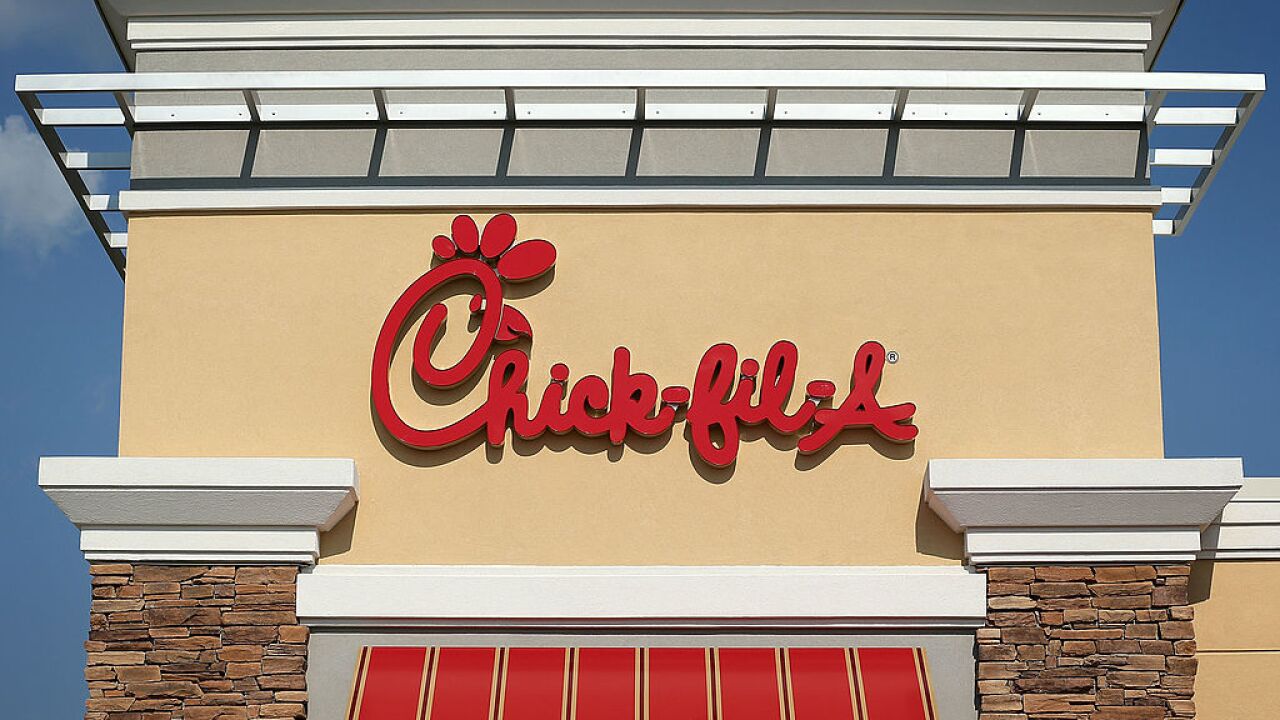 The Texas House passed legislation on Tuesday that supporters say provides religious protections, but Democrats and critics argue would allow discrimination against the state's LGBTQ community.

Nicknamed the "Save Chick-fil-A" bill, Senate Bill 1978 was approved by the Republican-led Texas House in a 79-64 vote Tuesday. The measure initially passed the Senate in a 19-12 vote last week, and now returns to the chamber for final passage before heading to the governor's desk for approval. Republican Gov. Greg Abbott has indicated he will sign the bill into law.

The measure, authored by Republican Sen. Bryan Hughes, prohibits the government from taking "adverse action" against any individuals or businesses based on membership, support or donations to religious groups. The bill was amended on Monday to remove language that would have allowed the Texas attorney general to bring action against any government entity or employee that refused to comply with the bill.

The legislation comes after the San Antonio City Council in March approved a new concessions contract for the San Antonio International Airport -- on the condition that fast food chain Chick-fil-A be excluded. Texas Attorney General Ken Paxton announced an investigation that month into whether the city violated Chick-fil-A's religious liberty with its decision.

HB 3172, the Senate bill's companion in the House, was killed two weeks ago when Democratic Rep. Julie Johnson -- one of five members in the Texas House's LGBTQ caucus -- used a parliamentary action to delay and ultimately kill the legislation.

During House debate on the Senate's bill on Monday, Johnson argued private businesses could legally discriminate against some customers under the measure.

"While I'm sure the intent of this bill is to protect individual freedoms, in reality it would provide a segue for individuals looking to circumvent the rules of the law in the name of religion," Johnson said. "Private businesses could legally refuse service to families like mine based on the owners' religious belief."

Democratic state Rep. Jessica González, the LGBTQ caucus' vice chair, attempted to have a provision added that would have provided protections for individuals based on sexual orientation or gender expression.

Republican state Rep. Matt Krause, who authored the House bill and was a cosponsor of the Senate version, argued Monday that there's "no discriminatory intent in (the bill) at all" and that there are no discriminatory impacts from other religious liberties bills.

"We want to make sure that if you give to the Salvation Army, you're not labeled bigoted or discriminatory," Krause said.

Hughes and Krause have also argued that the bill is needed in the wake of San Antonio's Chick-fil-A vote.

Krause told CNN on Tuesday that he's hopeful the bill will be on the governor's desk by later Tuesday or Wednesday.

Abbott signaled in a tweet Monday night that he intends to sign the bill once it reaches his desk.

"So. What are the odds I'll sign the Chick-fil-A bill? I'll let you know after dinner," Abbott wrote on Twitter with a picture of a soda cup from the fast food chain.

But Johnson said on the House floor Monday that she has no doubt, if the bill is made law, that it will be fought in the courts "at every level and at great expense to the taxpayers."