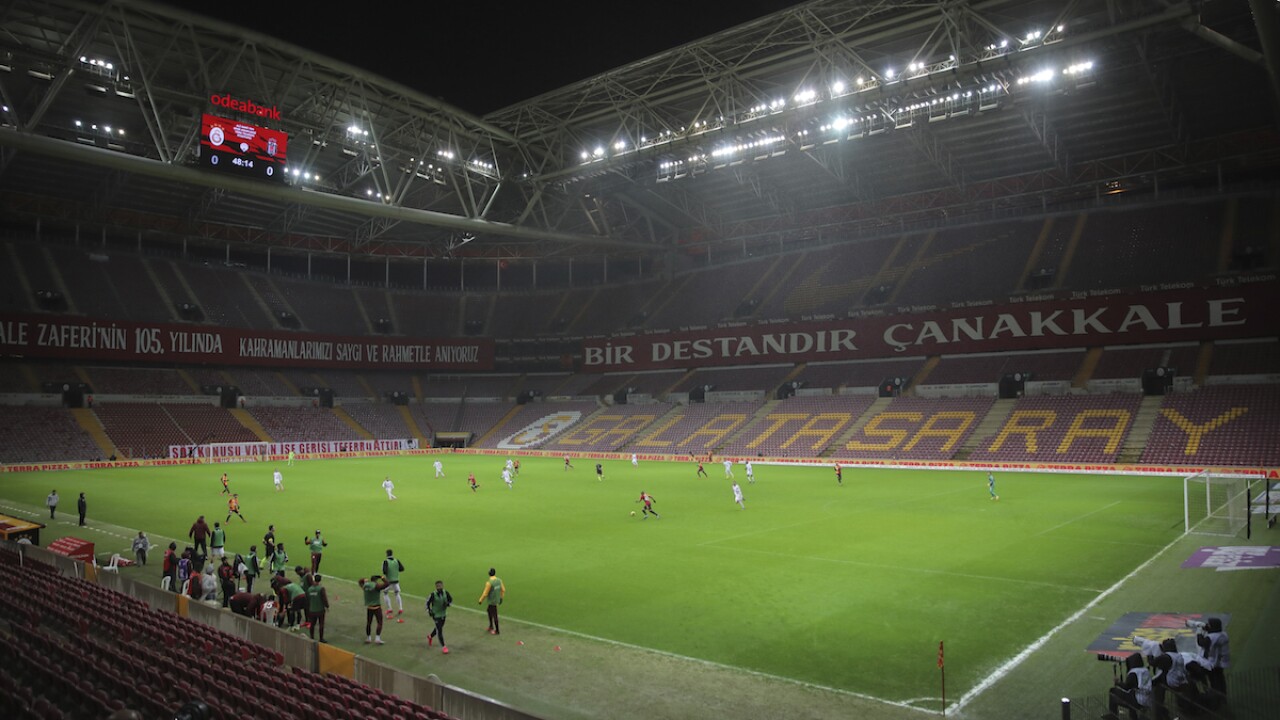 AP
AP
FILE - In this March 15, 2020 file photo, Galatasaray and Besiktas play without spectators in a Super League soccer match at Türk Telekom Stadium, istanbul. Fatih Terim, the manager of Turkish soccer club Galatasaray, says he has tested positive for the new coronavirus. Fatih Terim, 66, announced on Twitter on Monday that he was "in safe hands in hospital" and asked fans not to worry. (AP Photo/File)

ANKARA, Turkey (AP) — The Turkish soccer league plans to resume on June 12, finish its season by the end of July and host the Champions League final in Istanbul in August.

Turkey suspended its soccer, basketball and volleyball leagues because of the coronavirus outbreak on March 20.

Turkish soccer federation president Nihat Ozdemir says "we are aiming to end the season on July 26 by playing seven weekends and one weekday game."

Ozdemir says the games will be played without spectators and the Turkish health ministry and its scientific advisory council will determine the conditions and guidelines under which the games will go ahead.