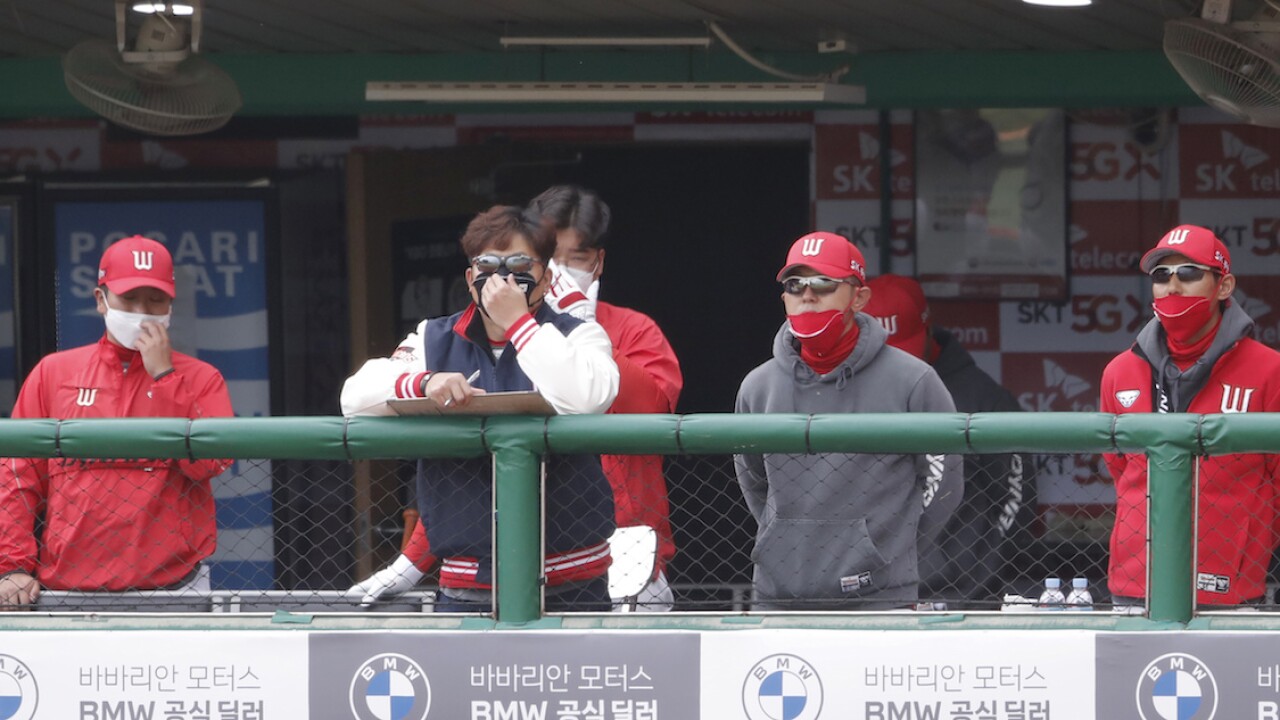 Copyright 2020 The Associated Press. All rights reserved
Lee Jin-man/AP
Members of SK Wyverns wearing face masks as a part of precaution against the new coronavirus are seen at dugout during a baseball game between Hanwha Eagles and SK Wyverns in Incheon, South Korea, Tuesday, May 5, 2020. Cheerleaders danced beneath rows of empty seats and umpires wore protective masks as a new baseball season began in South Korea. After a weeks-long delay because of the coronavirus pandemic, a hushed atmosphere allowed for sounds like the ball hitting the catcher’s mitt and bats smacking the ball for a single or double to echo around the stadium. (AP Photo/Lee Jin-man) 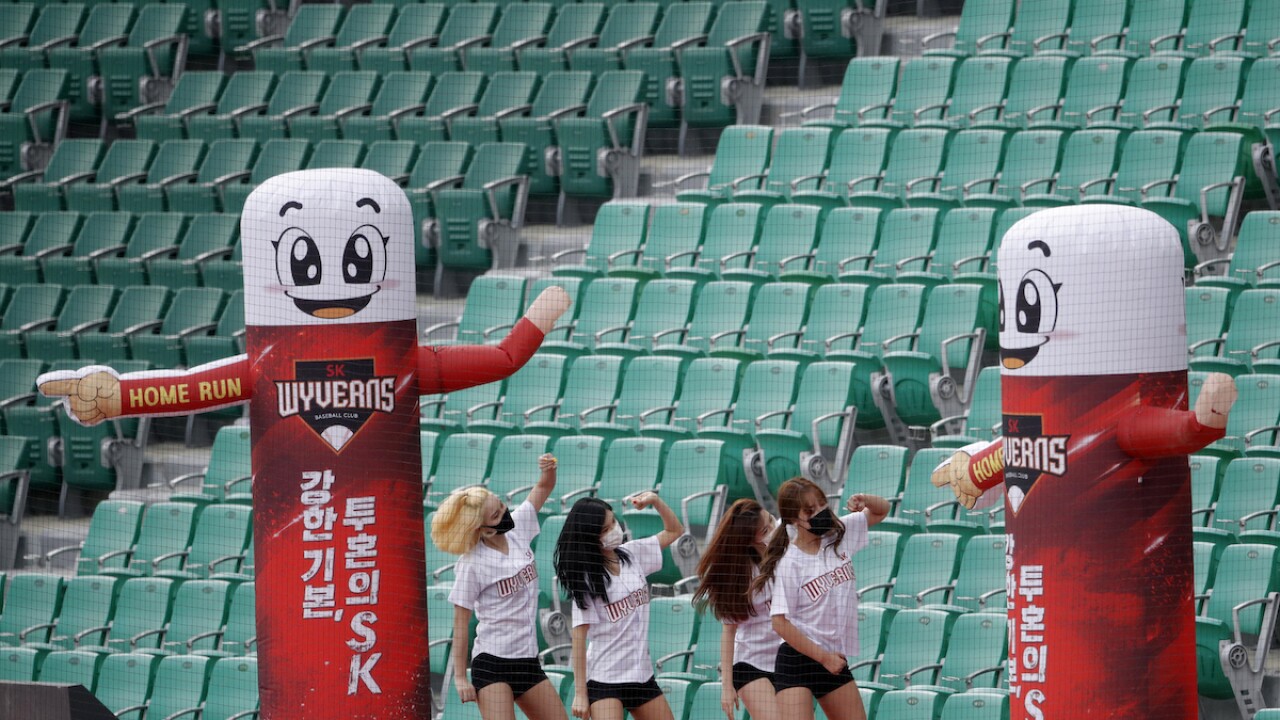 SEOUL, South Korea (AP) — The new baseball season has begun in South Korea with the crack of the bat and the sound of the ball smacking into the catcher's mitt echoing around empty stadiums.

Umpires wore protective masks and cheerleaders danced beneath rows of unoccupied seats as professional baseball got back on the field after a weeks-long delay because of the coronavirus pandemic.

ESPN announced that they will broadcast the games.

First pitch of the Korean Baseball Organization season is at 1a ET, less than 14 hours from now, and we’ll be calling the game between the NC Dinos and Samsung Lions.

There were many faces in the stands in at least one stadium but they were pictures instead of real people because fans aren't allowed into the venues.

The country's professional soccer leagues will kick off Friday.

They will also play without spectators in the stadiums.