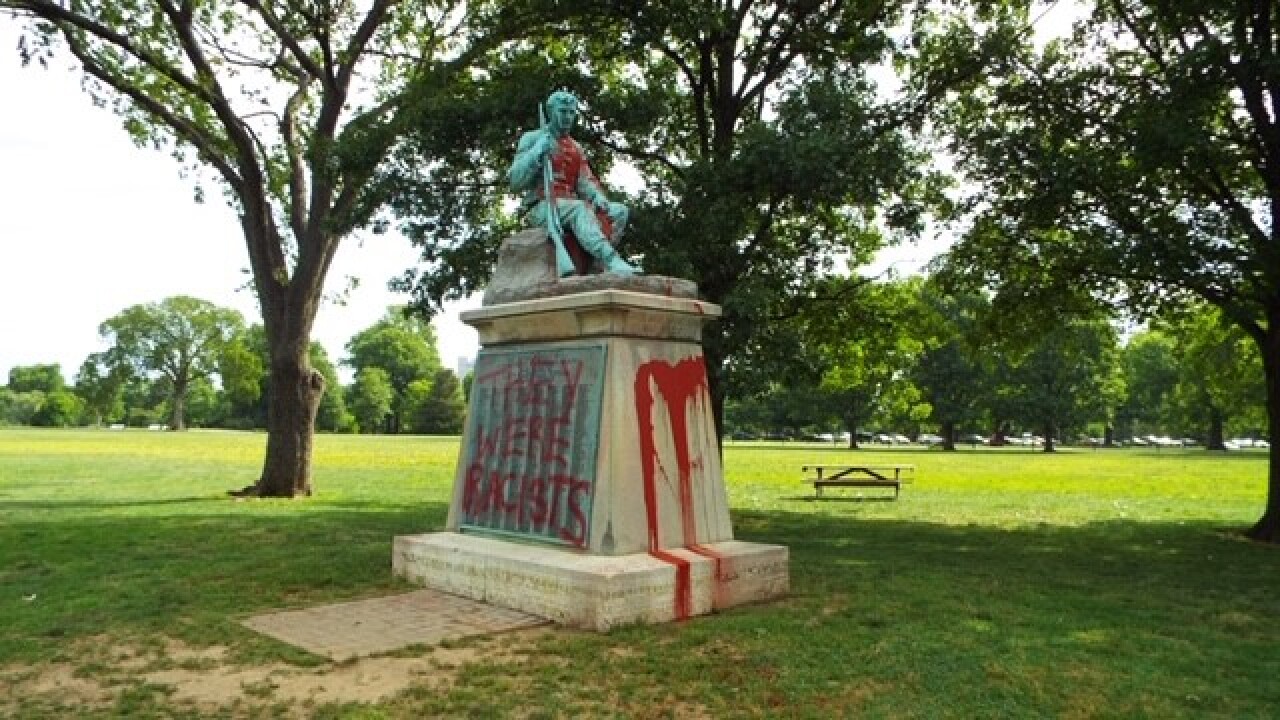 NASHVILLE, Tenn. — A Confederate monument located in Nashville’s Centennial Park has been vandalized with what appears to be red paint.

The vandalism was apparently discovered Monday morning at the Confederate Private Monument.

The words “They Were Racists” were spray-painted on a plaque featuring the names of 540 members of the Frank Cheatham Bivouac. The monument was also doused in red paint.

It's unclear how long it will take to clean up the monument, which was dedicated in 1909.

This story was originally published by Laken Bowles at WTVF in Nashville.