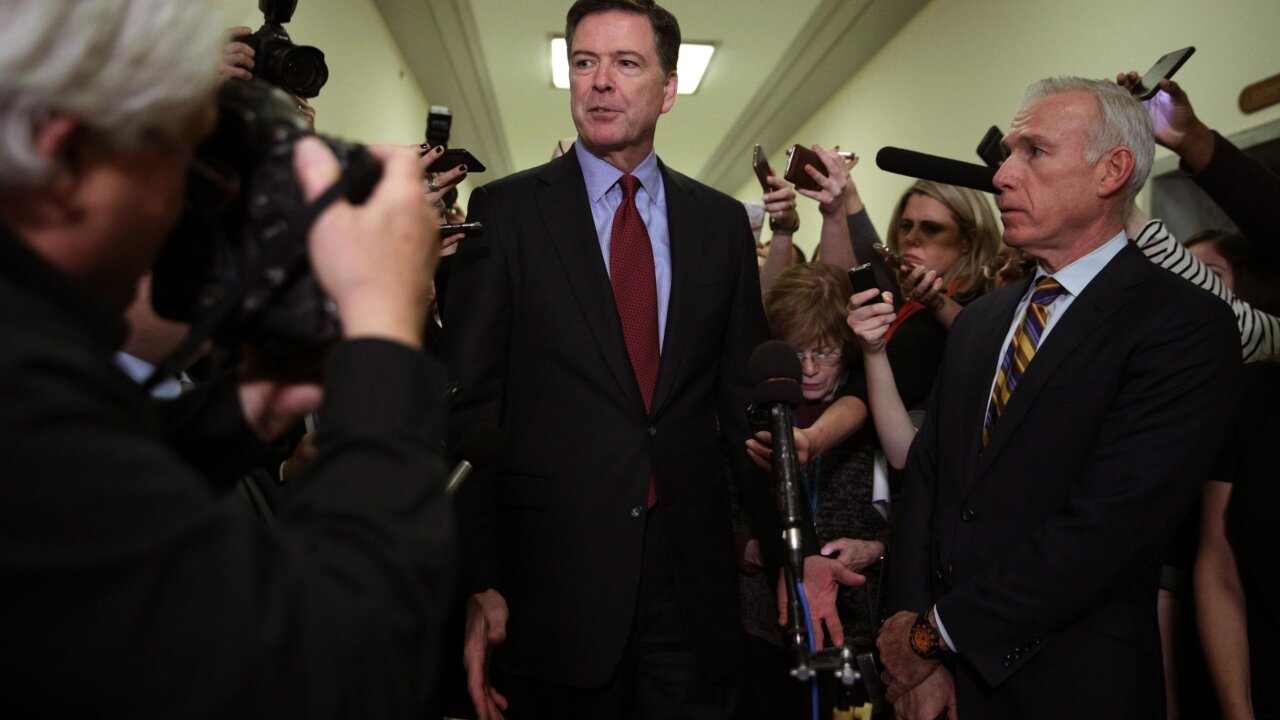 Former FBI Director James Comey said in an op-ed for The Washington Post that President Donald Trump tells "dumb lies" to attack the FBI and investigations of his 2016 campaign.

Comey's comments in the piece, published Tuesday, come after Attorney General William Barr began a review of the beginning of special counsel Robert Mueller's Russia investigation . Trump has ordered intelligence agencies to assist Barr in the effort and has given the attorney general declassification authority.

"Go ahead, investigate the investigators, if you must," Comey wrote. "When those investigations are over, they will find the work was done appropriately and focused only on discerning the truth of very serious allegations. There was no corruption. There was no treason. There was no attempted coup. Those are lies, and dumb lies at that. There were just good people trying to figure out what was true, under unprecedented circumstances."

Comey's statement evoked many of Trump's repeated critiques of the origin of the Russia investigation, including accusations of treason and abuse of surveillance authority.

Barr has defended the review and said it could prompt rule changes at the FBI.

Comey's op-ed marked his latest public remarks against Trump and top administration officials since his firing in May 2017. Comey previously wrote that he felt top officials had their souls "eaten" through their work in service to Trump.

Former Deputy Attorney General Rod Rosenstein, for his part, responded earlier this month to some of Comey's comments by saying the former FBI director "seems to be acting as a partisan pundit."