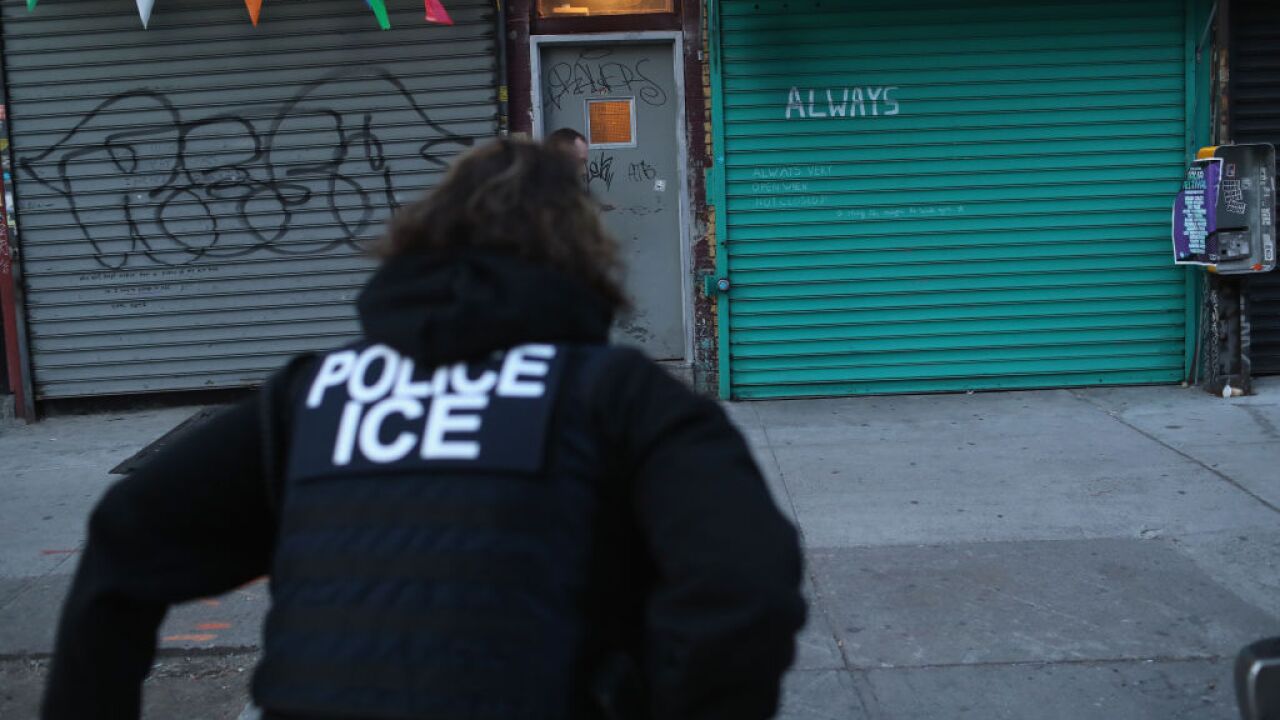 Chicago Mayor Lori Lightfoot announced Friday that the Chicago Police Department will not cooperate with Immigration and Customs Enforcement raids that are expected in Chicago and nine other major cities starting Sunday.

"I have directed -- and Superintendent Johnson has confirmed -- that CPD has terminated ICE's access to CPD's databases related to federal immigration enforcement activities," Lightfoot said in a statement, and reiterated the city's support for immigrant communities.

"I have also personally spoken with ICE leadership in Chicago and voiced my strong objection to any such raids. Further, I reiterated that CPD will not cooperate with or facilitate any ICE enforcement actions," Lightfoot continues.

After President Donald Trump tweeted on Monday that an operation to deport "millions" of undocumented immigrants was imminent, a senior immigration official told CNN that ICE was moving forward with a raid that is expected to target families with court-ordered removals -- approximately 2,000 people in 10 cities.

Agents at local field offices are receiving briefings and trainings, according to the senior immigration official. Preparations also are being made for mixed-immigration-status families: for example, if a parent is undocumented but has a US citizen child.

The chief communications officer of the Chicago police, Anthony Guglielmi, tweeted Friday confirming that the department will not share city data with ICE agents or participate in deportation raids.

"No city data - including all CPD law enforcement data & records - will be shared with federal Immigration & Customs Enforcement agents. Supt. Eddie Johnson has also ordered CPD not to participate in any deportation raids," Guglielmi wrote.

Francis Suarez, the mayor of Miami -- which joins Chicago on the list expecting raids on Sunday -- characterized the impending ICE raids somewhat differently.

"We agree that criminals, like dangerous gang members who came here illegally, should be deported immediately," Suarez said in a statement. "As Mayor, I trust that only those individuals who represent a clear and present danger to our communities will be affected by this DHS policy."

Houston Mayor Sylvester Turner also struck a different note, saying he has not been directly notified by ICE about any plans to conduct raids, and stressing a need for "comprehensive immigration reform" in a statement Friday.

"The city does not try to do ICE's job, nor does it try to impede ICE. And we will continue to be a city that builds relationships, not walls," Turner said in a statement.

If ICE arrests take place in any of these cities on Sunday, families will likely be moved to ICE family residential detention centers as the agency works with consulates to obtain travel documents, according to the senior immigration official. Some people will likely appeal their cases, but eventually some will be removed.

When there are US citizen children in the family, the parents will be fitted with monitoring ankle bracelets and allowed to stay with those children to permit time to get affairs in order while other undocumented family members remain in custody, the official added, noting that no one wants a situation where a child is left alone.

Advocacy groups say they're mobilizing beginning Sunday in anticipation of the operation.

"Chicago has taken concrete steps to support our immigrant communities," Lightfoot said in her statement. "Chicago will always be a welcoming city and a champion for the rights of our immigrant and refugee communities."