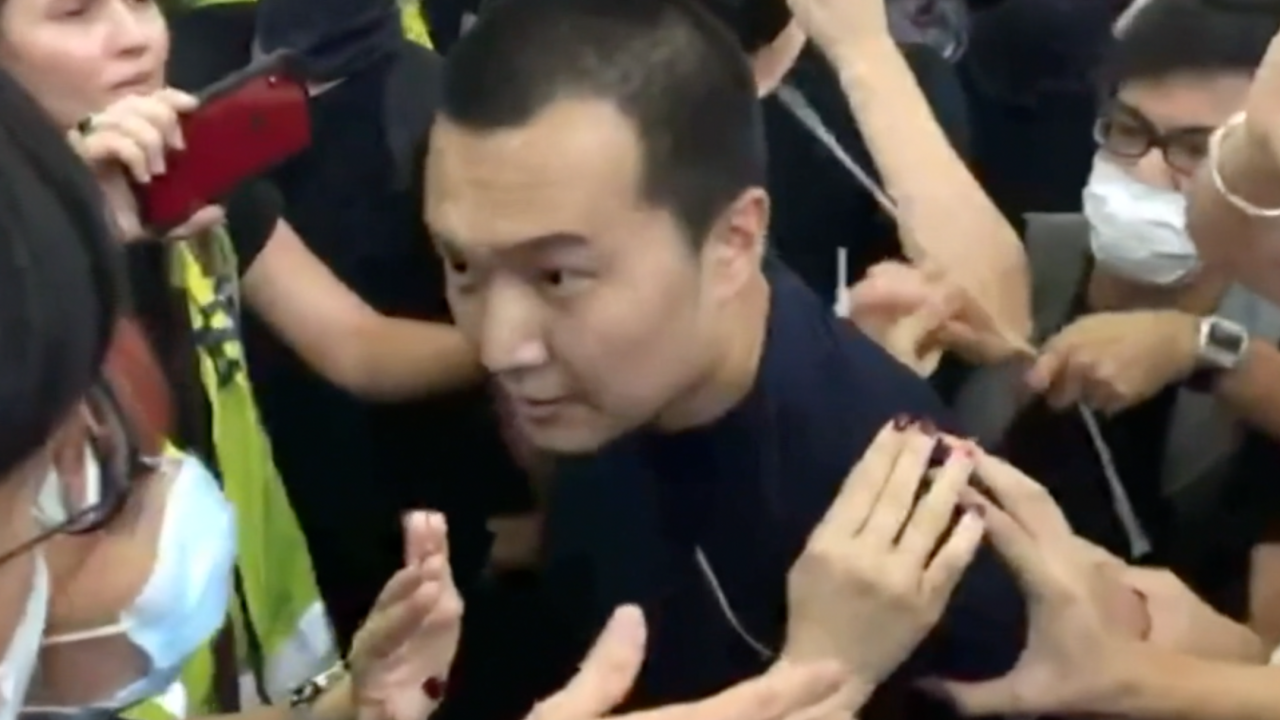 Emergency officials took an injured mainland Chinese man away from the Hong Kong Airport on Tuesday after angry protesters who accused him of being a Chinese undercover agent tied up his hands and tried to beat him up.

The man was pictured with his hands bound with cable ties, lying in a fetal position on the ground surrounded by a crowd of protesters as demonstrations continued at the airport for a second day and turned tense late Tuesday.

Some tried to kick and hit him while others tried to hold the crowd back.

Protesters said they detained him because he wore a press vest and claimed to be a reporter, but a mainland Chinese ID card and a T-shirt that read "I love Hong Kong police" was found in his belongings.

The chaotic situation eventually ended when protesters allowed ambulance workers to take the man away on a stretcher.

Pro-democracy protesters have been sensitive to police infiltration after activists were arrested by officers dressed just like them.

Police have acknowledged that they use undercover officers in some operations.