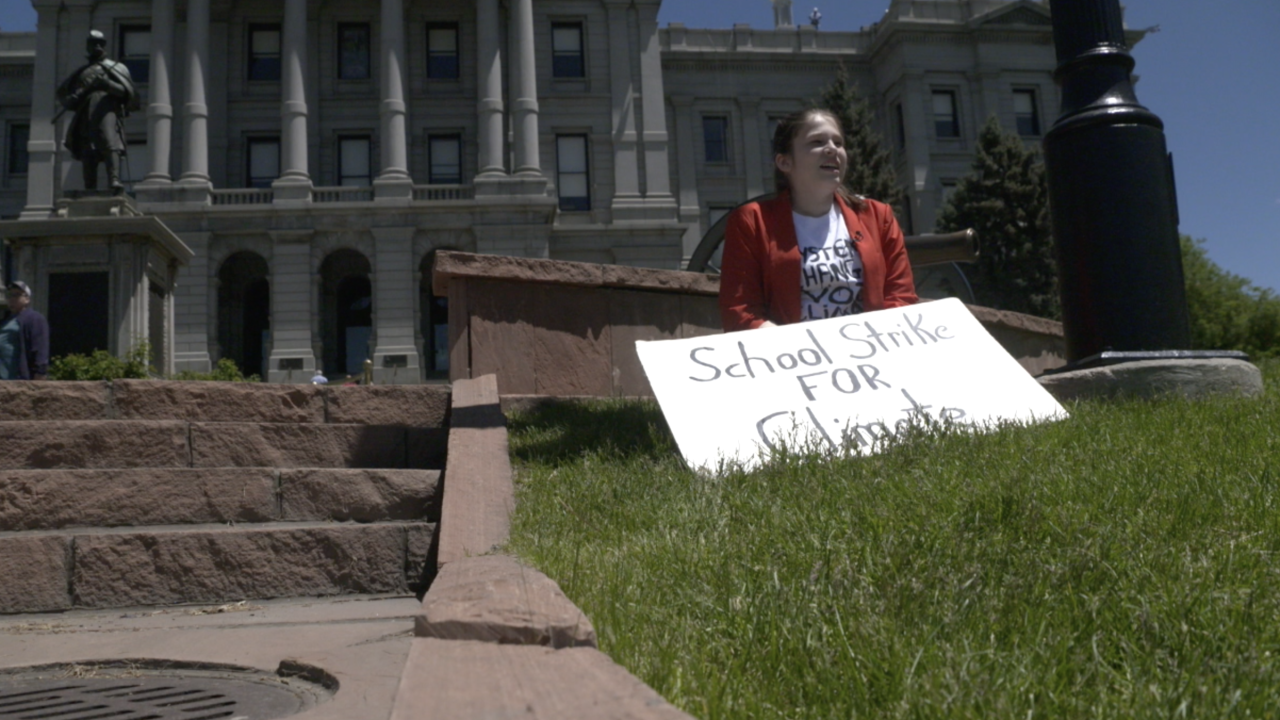 In a sea of young people fighting for their future, there's a 13-year-old girl named Haven Coleman.

In many ways, she's just like any other teenager, but she's also the co-founder of a national organization called U.S. Youth Climate Strike. She spends every Friday striking outside the Colorado State Capitol.

Inspired several years ago to save the sloths she deeply loves, Haven decided to become a climate activist.

"I was trying to do everything and anything, and I'm still doing that to stop climate change because this is something that's so like... big, so terrifying, and that's gonna be following me and my generation," she explains. "And it has been for our whole lives."

Growing up during a time when climate change is a common topic, Haven wasn't shocked when she found out carbon dioxide has now reached a level in the atmosphere that hasn't been seen for three million years.

On May 11, sensors at the Mauna Loa Observatory in Hawaii measured concentrations of the greenhouse gas to be at 415 parts per million. That means for every 1 million molecules of gas in the atmosphere, 415 were carbon dioxide. Compare that to 315 ppm 60 years ago, and 280 at the start of the industrial revolution.

Without human interference, carbon in fossil fuels would leak slowly into the atmosphere through volcanic activity over millions of years. That's how the Earth has had these levels before. But a process that is normally very slow has been accelerated by the burning of coal, oil, and natural gas.

"Those greenhouse gases, that carbon pollution that we're putting into the atmosphere, much of that is going to stay there for a very long period of time and affect our climate for decades to come," Tony Dutzik said.

Tony Dutzik with Environment America says what's most concerning about this data, is that human beings have never lived in a climate as hot as the one that existed three million years ago. Sea levels were approximately 50 feet higher than where they are today.

According to Scripps Institution of Oceanography, vegetation records from that era called Pliocene show forests growing in the Canadian arctic, and savannas covering what is now known as the north African desert.

The impacts of a changing climate are already evident in the United States.

"We're beginning to see supercharged storms -- storms that are gaining energy from our warmer oceans -- that are dumping immense amounts of rainfall. Storms like Hurricane Harvey, and Hurricane Florence in just the last few years," Dutzik says. "Sea level is rising at about a tenth of an inch per year, and that rate of rise is accelerating, and so cities like Boston and Miami increasingly have to deal with coastal flooding. And in places in the west, we're seeing larger more intense wildfires that burn hotter and are harder to control."

As catastrophic as these events may seem, Dutzik says change is possible if everyone plays a part.

"Every day we have the opportunity when we're making energy efficiency upgrades to our homes, when we're purchasing our next car, when we're choosing where to live -- whether we live some place that's close to the places that we need to be or far away," Dutzik says.

However, Dutzik notes a majority of change necessary to alter the course the earth's current projections will take a lot of political power. Power that young people like Haven are strongly pushing for.

"I hope that we fix this," Haven says. "We have 11 years...because 11 years is the only time we've got to fix the worst effects of climate change."

Many U.S. students are pushing for 100 percent renewable energy by 2030 and want to stop any new construction on fossil fuel infrastructure, including pipelines, coal plants, and fracking facilities.