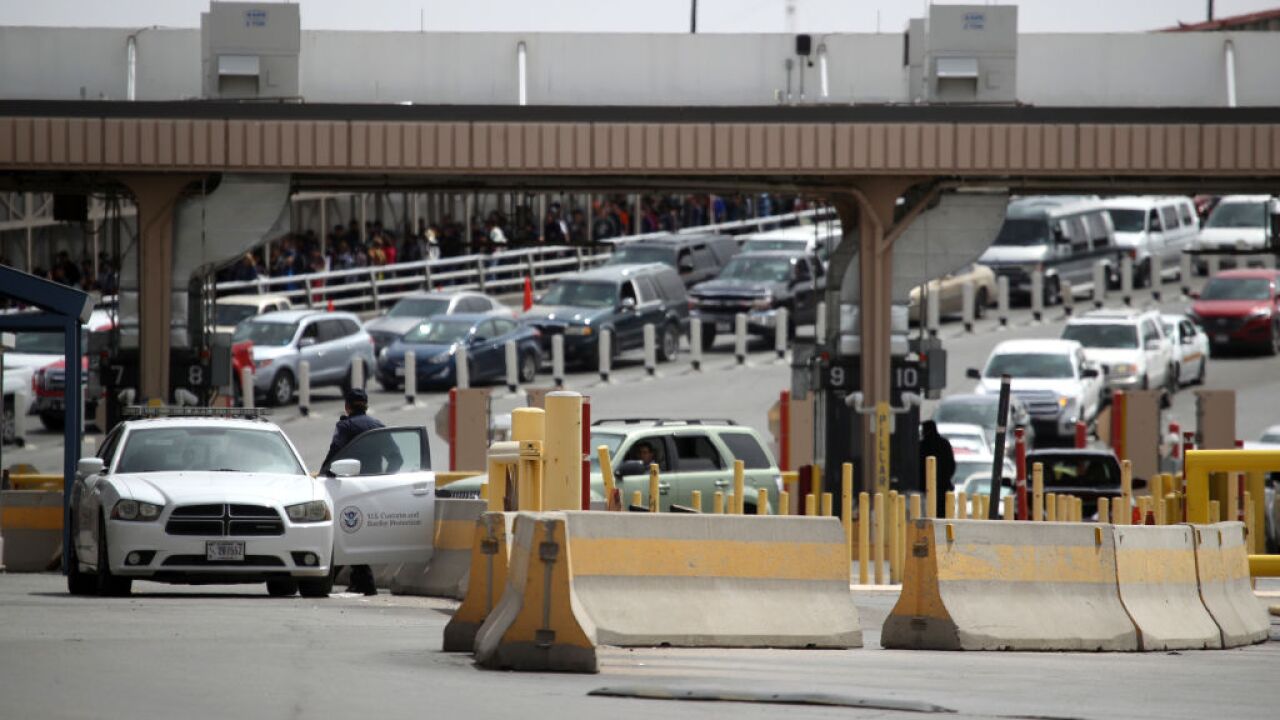 Demonstrators in Mexico spurred US Customs and Border Protection to shut down an El Paso, Texas, border crossing, one of the country's busiest ports of entry, early Monday, according to agency spokesman Roger Maier.

Border officials shut down the crossing just before 2 a.m. (4 a.m. ET) after "a large and unruly group formed on the Mexican side," Maier said.

The demonstrators "posed a threat to overrun the facility," he said, forcing CBP to employ "port hardening measures" and preventing travelers from entering the United States via the Paso del Norte International Bridge.

No arrests were reported on the US side, Maier said.

Authorities began permitting pedestrians to cross a few hours after the shutdown, and by 7 a.m. (9 a.m. ET), they opened one lane of northbound traffic, the spokesman said.

Photos from the bridge between El Paso and Juarez, Mexico, also known as the Santa Fe Bridge, showed police standing behind barriers and concertina wire. A live cam showed a military-style tactical vehicle blocking a lane of traffic.

The group, between 250 and 300 strong, was composed largely of Cuban and Salvadoran migrants who gathered at the border around midnight, CNN affiliate KTSM reported .

A witness told the station the protesters were chanting, "Vamos a cruzar," Spanish for, "We are going to cross." The group dispersed before 6 a.m., KTSM reported.

CBP Air and Marine, other federal agencies and the El Paso Police Department provided support at the crossing, the CBP said.

Travelers looking to enter the United States were directed to the Bridge of the Americas, Ysleta, Santa Teresa or Tornillo crossings, all between 4 and 40 miles from Paso del Norte.

The El Paso crossing is one of the busiest in the United States. In 2018, almost 12.4 million personal vehicles carrying more than 22.2 million passengers entered the United States via the crossing, according to the US Department of Transportation. Another 7.2 million pedestrians entered the country there. Only the San Ysidro crossing in San Diego boasted more pedestrians and personal vehicles.