Bill to ban abortions at 8 weeks signed by Missouri governor 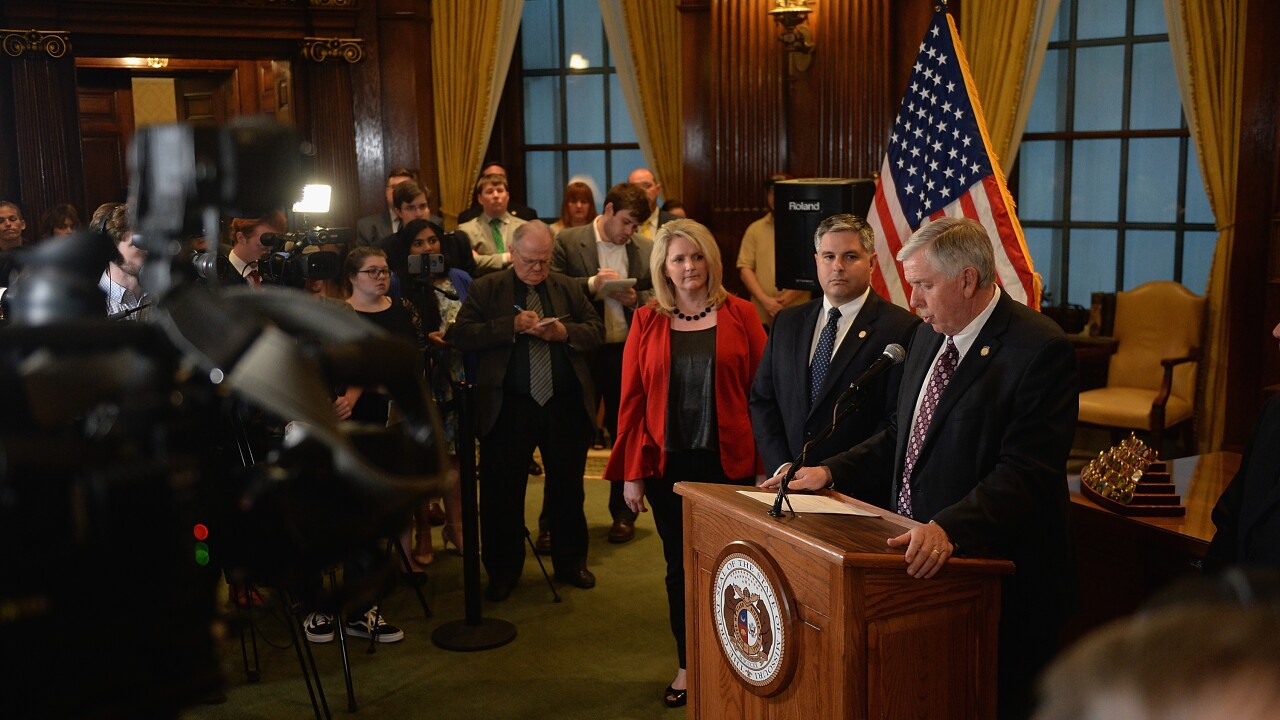 Missouri's governor on Friday signed into law a strict anti-abortion bill that prohibits abortions after eight weeks of pregnancy.

Missouri becomes the latest state to pass such legislation in the hopes that the Supreme Court's conservative justices will overturn Roe v. Wade.

"By signing this bill today, we are sending a strong signal to the nation that, in Missouri, we stand for life, protect women's health, and advocate for the unborn," Gov. Mike Parson said in a statement after signing the law. "All life has value and is worth protecting."

The law bans abortions after eight weeks -- after a heartbeat is detected -- but before many women know they are pregnant. The legislation includes exceptions for what it defines as medical emergencies -- such as cases when a mother's life is at risk or she is facing serious permanent injury -- but not for pregnancies that are the result of rape or incest.