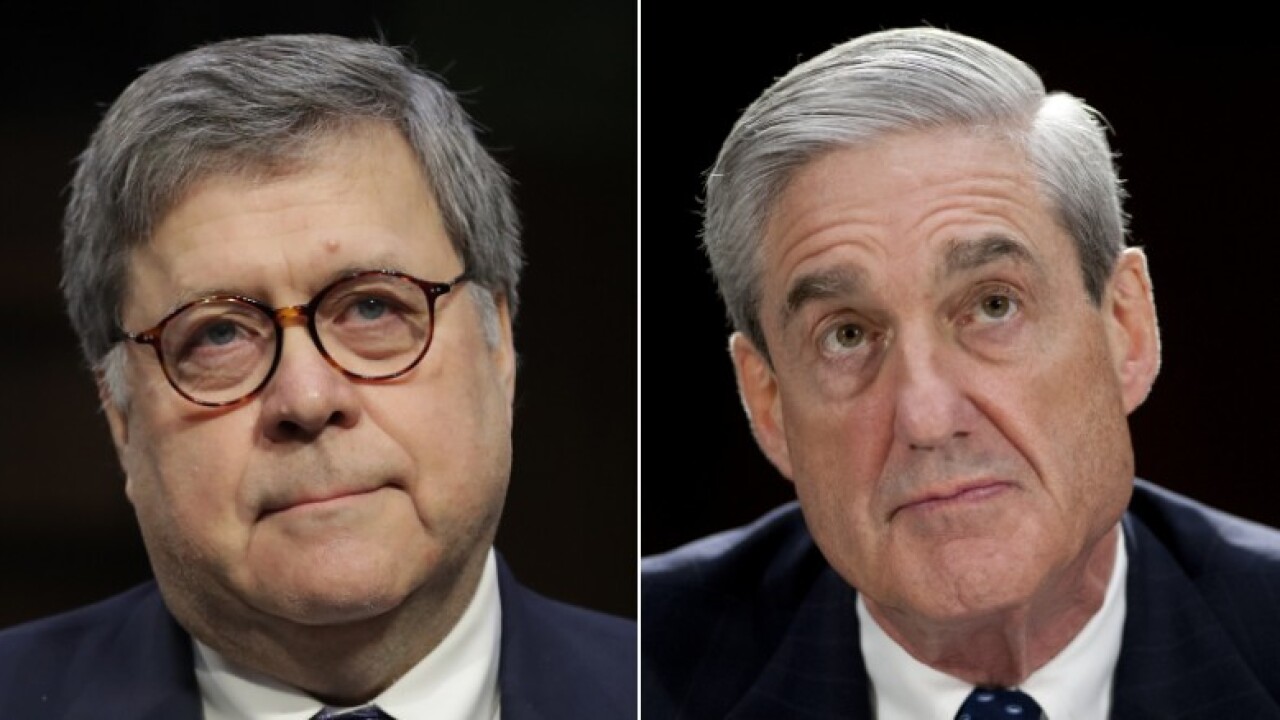 Attorney General William Barr said he believes special counsel Robert Mueller could have reached a conclusion on whether President Donald Trump had committed obstruction of justice.

Barr told CBS in a clip posted to Twitter on Thursday, "The opinion says you cannot indict a president while he's in office. But (Mueller) could've reached a decision as to whether it was criminal activity."

"But he had his reasons for not doing it, which he explained," Barr said. "And I'm not going to, you know, argue about those reasons."

The attorney general said that when Mueller's report didn't determine whether Trump had committed obstruction of justice, "the deputy attorney general, Rod Rosenstein, and I felt it was necessary for us, as the heads of the department, to reach that decision."

When pressed by CBS about Mueller seemingly suggesting Wednesday that Congress was the other venue to pursue this question, Barr said, "Well, I'm not sure what he was suggesting, but, you know, the Department of Justice doesn't use our powers of investigating crimes as an adjunct to Congress."

Mueller, in a rare and remarkable public statement Wednesday , had said Justice Department guidelines did not allow him to charge a sitting President, and as a result his office did not determine whether Trump had committed obstruction of justice.

In his first public comments on the investigation since he had been appointed special counsel two years ago, Mueller said, "If we had had confidence that the President clearly did not commit a crime, we would have said so."

Before a redacted version of Mueller's report was made public in April by the Justice Department, Barr delivered a letter to Congress summarizing its principle conclusions.

The attorney general said in the letter that Mueller's investigation did not establish a conspiracy with the Russian government and that Mueller did not make a decision on obstruction. But the full report lays out a significantly more complicated picture as Mueller's team weighed whether to prosecute.

The report includes previously unknown information stemming from the collusion and obstruction investigations that is likely to fuel further investigations in Congress into the President.