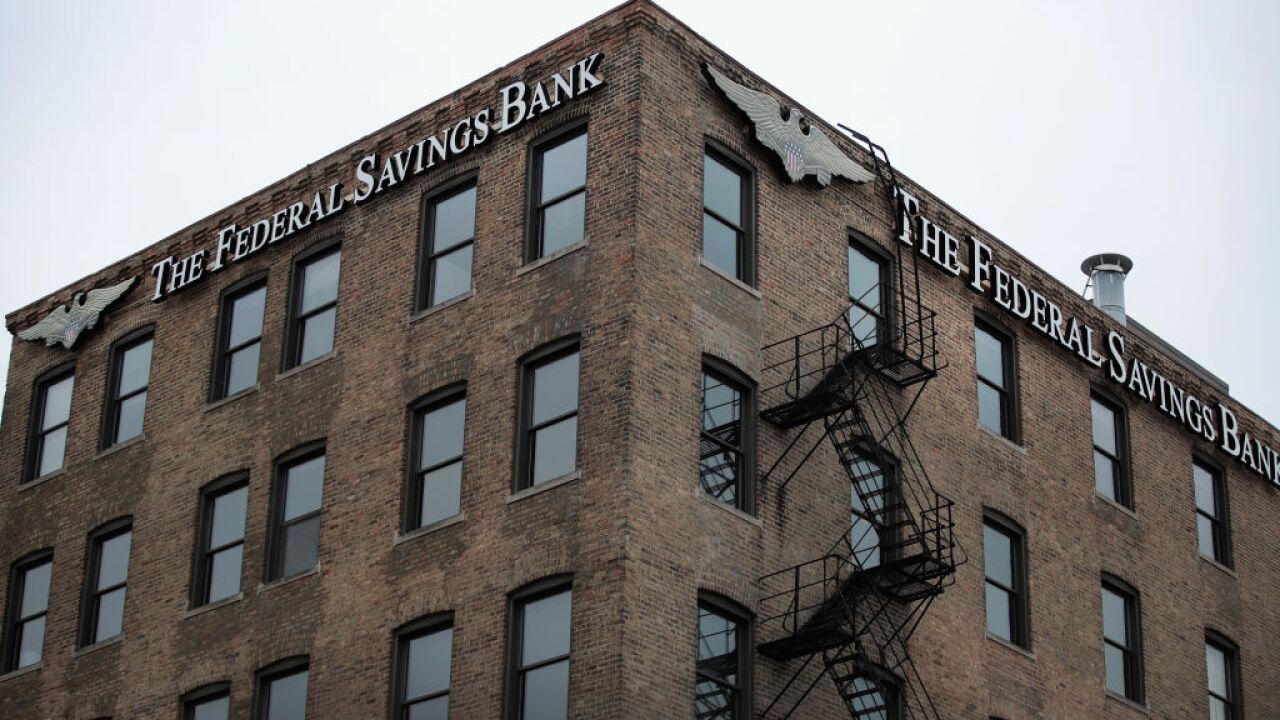 Manhattan federal prosecutors unsealed an indictment Thursday charging a banker with bribing former Trump campaign chairman Paul Manafort with $16 million in loans in order to secure a high-ranking position in the presidential administration .

The banker, Stephen Calk, never got any of the positions he sought in the Trump administration, including secretary of defense, secretary of the army and secretary of the treasury, according to the indictment, although as a result of Manafort's influence, Calk was interviewed for a senior role. And when Manafort defaulted on the loans, the bank of which Calk is chief executive officer, the Chicago-based Federal Savings Bank, incurred a multi-million-dollar loss.

Manafort isn't named in the indictment, but he matches the description of the "borrower" described in court papers, whom prosecutors describe as having been the chairman of a presidential campaign between June and August of 2016, and his dealings with Calk arose last summer at Manafort's trial in Virginia. Calk is charged with one count of financial institution bribery.

Neither Calk nor an attorney for Manafort immediately responded to requests for comment.

The office of special counsel Robert Mueller and the US Attorney's office for the Southern District of New York began examining Calk's loans to Manafort more than a year ago.

The scheme described by prosecutors unfolded between July 2016 and January 2017, when Manafort sought millions in loans from Calk in order to end or avoid foreclosure proceedings on properties Manafort and his family owned, including a home in Bridgehampton, New York, and a brownstone in Brooklyn.

Despite "significant red flags" in Manafort's financial history -- including his record of defaulting on prior loans -- according to the indictment, Calk had the bank issue the loans, believing that Manafort "could use his influence with the Presidential Transition Team to assist Calk in obtaining a senior administration position."

Calk, 54, exerts unusual influence over the lending process at Federal Savings, because he is not only the CEO but also the majority owner of the holding company that owns the bank and sits on the credit committee that approves the type of loans given to Manafort.

Manafort's debt became the largest at the bank, and in order to allow the bank to issue the sizable loans without violating its legal limit on loans to a single borrower, Calk had the holding company acquire a portion of the loans from the bank.

Days after Calk and the committee approved the first loan, Manafort appointed Calk to the Economic Advisory Council, a prestigious panel affiliated with the Trump campaign, according to the indictment. In late 2016, after Trump had been elected and as Manafort sought a second set of loans, Calk caused the bank to reverse its decision to decline to underwrite a restructured $9.5 million loan and approve the full loan amount for Manafort. Before closing the loan, Calk asked a loan officer at the bank to call Manafort and ask whether Calk was in consideration for a senior administration position, according to prosecutors. The loan officer didn't comply with Calk's request.

Days later, Calk sent Manafort his professional biography and a misspelled document titled "Stephen M. Calk Perspective Rolls in the [Presidential] Administration.docx," which listed his desired positions, including 10 Cabinet and other senior positions. Hours later, Calk asked Manafort if he was aiding in the transition. When Manafort replied that he was, Calk said: "Awesome."

The Calk saga played out at Manafort's Virginia trial, where prosecutors trotted out witnesses to describe how Calk's bank processed and granted the loans to Manafort. A senior vice president from the bank testified about Calk's role in pushing through the loans, and at one point, Mueller team prosecutor Greg Andres declared that Calk was a "co-conspirator" with Manafort who "participated in the conspiracy to defraud the bank."

Prosecutors presented emails showing how Manafort secured a spot for Calk on the Trump campaign's economic advisory board. After the election, Manafort emailed Trump's son-in-law Jared Kushner , recommending Calk to serve as secretary of the army, which Calk had previously made clear to Manafort was one of his preferred posts in the new administration.

Kushner replied to Manafort, "on it!" but Calk was never offered a position after Trump took office.

Calk had also identified 19 potential ambassadorships, including plum assignments like Italy, France and the United Kingdom, which Calk thought was apt because he "grew up in London," according to documents revealed during Manafort's trial.

Manafort was found guilty on eight counts of financial fraud , but jurors deadlocked on the four counts of bank fraud and conspiracy related to the fraudulent loans Manafort received from Calk's bank. (The vote was 11-to-1 in favor of conviction, according to court filings.)

Months later, Manafort pleaded guilty in a separate federal case in Washington, DC, and admitted to all the conduct alleged in the Virginia trial, including conspiring with Calk to commit bank fraud.