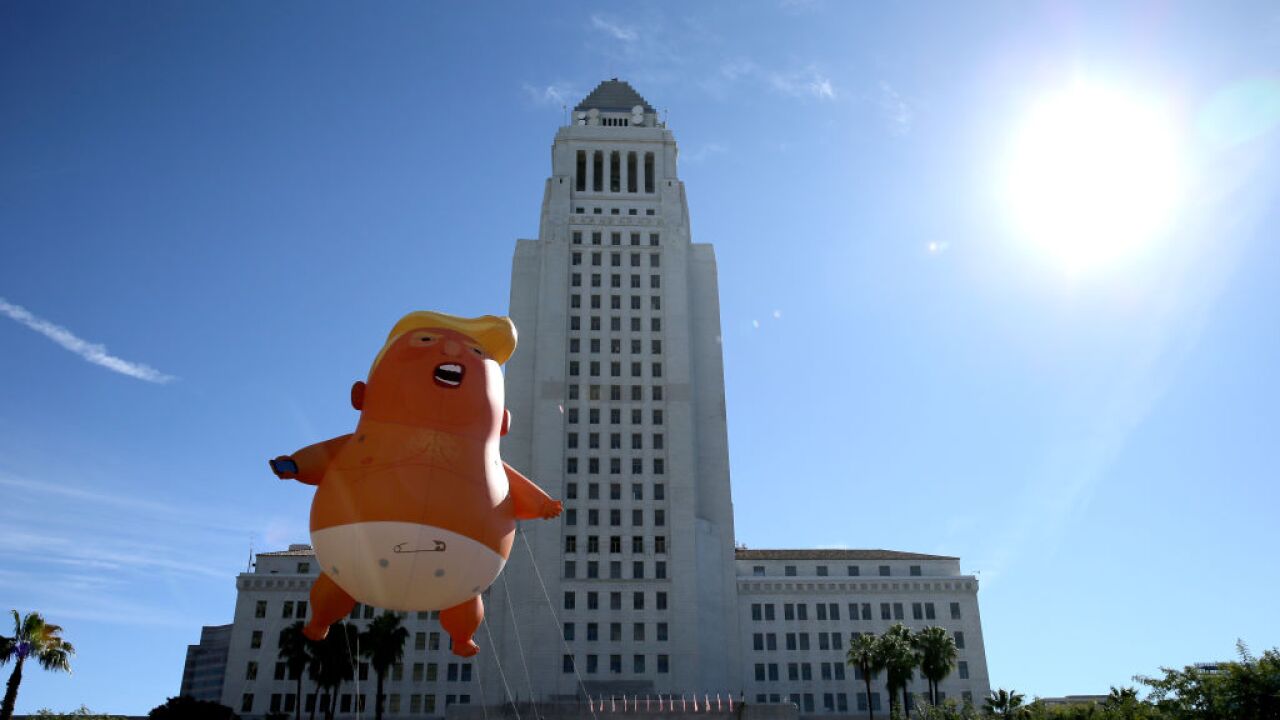 A progressive group received permission Monday for their round, diapered Donald Trump baby balloon to be present during a July 4 celebration near the location where Trump will deliver remarks celebrating the nation's birthday.

The group, Code Pink, got approval from the National Park Service to have the balloon present between 4 a.m. and 9 p.m. ET on July 4 on a section of the National Mall near the Washington Monument.

The permit states that "all balloons are prohibited" on the National Mall, but that the service would allow the Trump balloon to be present if it adhered to certain conditions, including being "filled with cold-air only and unable to achieve flight."

Trump is set to deliver remarks nearby at the Lincoln Memorial during the "Salute to America" event, which will take place from 6:30 p.m. to 7:30 p.m. ET.

In a statement released on Tuesday, the group expressed frustration with the permit, saying that it "is not in the location we requested -- within line of sight of the Lincoln Memorial where President Trump will be speaking."

According to the statement, the group had requested to fly the balloon "on the large, empty expanse at the base of the Washington Monument that would not have obstructed anyone's view but would have allowed the president to see the baby."

"It is ironic that it is right here, in the 'land of the free,' the balloon is being grounded," Code Pink co-founder Medea Benjamin said in the statement.

The group, which previously said it planned to "parade the Baby Trump blimp in DC as an all out call to reject Trump," said in the statement that it has requested permission from the Federal Aviation Administration's Flight Standards District Offices to fill the balloon with helium "so it will rise off the ground a mere two feet," thereby making "the entire baby 20 feet tall."

"We are now trying to get the waiver from the FSDO, but feel this bureaucratic process is designed to force us to just keep the baby on the ground, instead of floating it in the air," Tighe Barry, a Code Pink organizer, said in the statement. "It's ridiculous that we have to contact the FAA to hoist a balloon two feet off the ground."

The blimp gained worldwide attention when it flew during massive protests in London that coincided with one of the President's visits last year. It has since been a figure in many political protests, most recently making a return to the London skies when Trump visited last month.