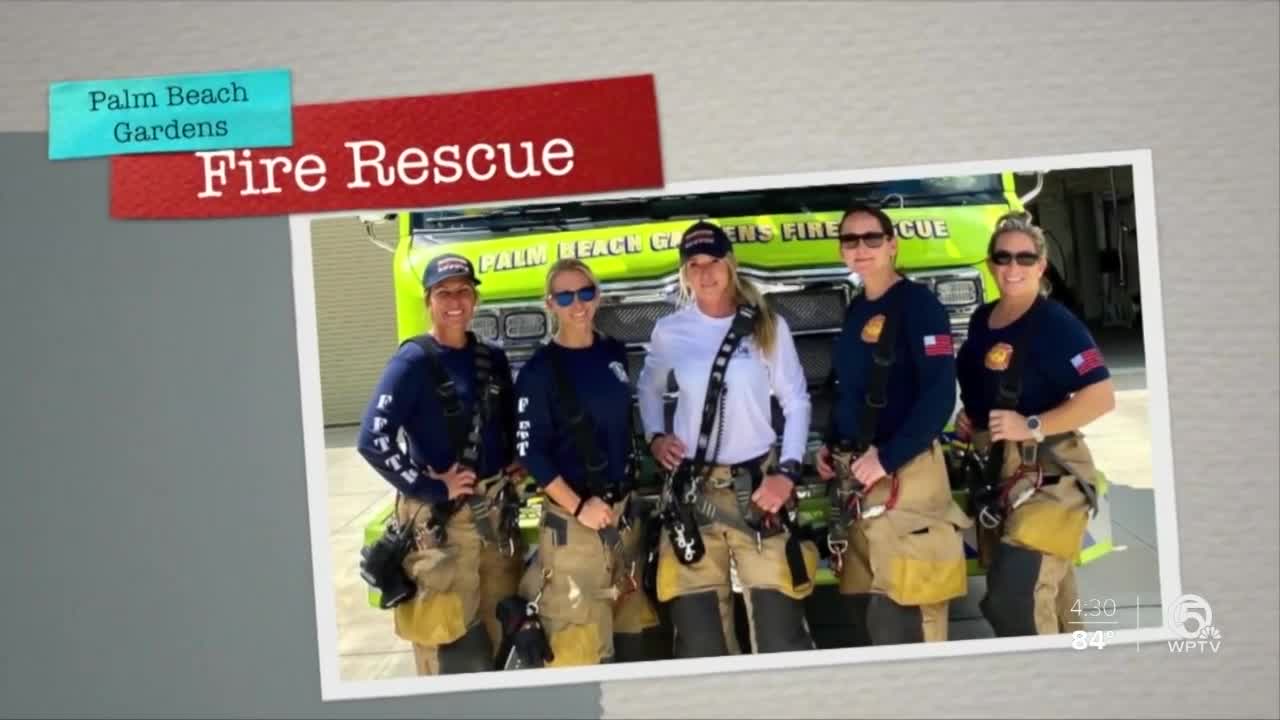 For the first time, Palm Beach Gardens Fire Rescue Station 65 was manned by a shift made up of all women.

For the first time, it was staffed by a shift consisting of all women.

"Station 65 on that day, from the top down, captain, driver, firefighter, the rescue lieutenant, the paramedic, every single person was female that day on that shift," Deputy Chief James Ippolito said.

The proof is in the picture, which featured Fire Medic Kelsey Krzywada side by side with her female colleagues. She is the youngest woman in the photo, whose ages range from 20 to 50. She said it didn't take her long to find her calling

"I was always interested in the medical field so medical field and something super active to help people it seemed like a perfect fit," Krzywada said.

She admits that in a male-dominated field, the road wasn't easy.

"Fire school was definitely really hard. I'm always the smallest one, smallest height, smallest weight. It's hard to keep up with the boys. I trained as hard as I could," Krzywada said.

Lucky for her, there were other women before her, like Rescue Lt. Krystyna Krakowski, to help pave the way.

Krakowski understood the impact of an all-female crew, even if for one shift.

"We just thought women empowerment, girl power, how fun to have five women at the same station. It was a great day," Krakowski said.

However, it was also a sad day after the death of a gender equality icon.

"It also happened on a day that Justice Ginsburg passed away as well," Ippolito said.

As Ginsburg famously said, "Fight for the things that you care about. But do it in a way that will lead others to join you."

According to Krakowski, it's already working for people like her daughter: a college student and a member of the Palm Beach Ocean Rescue.

"Women can do the same thing men can do," said Krakowski. "You know, we're capable of anything."

And now, there are scores of other women and young girls to carry on the legacy of equality.

"As the years go on, and it becomes more prevalent, more girls are gonna see us and be motivated to go to fire school and EMT school and continue on through the EMS field," Krzywada said.

This story was first reported by Chris Gilmore at WPTV in West Palm Beach, Florida.