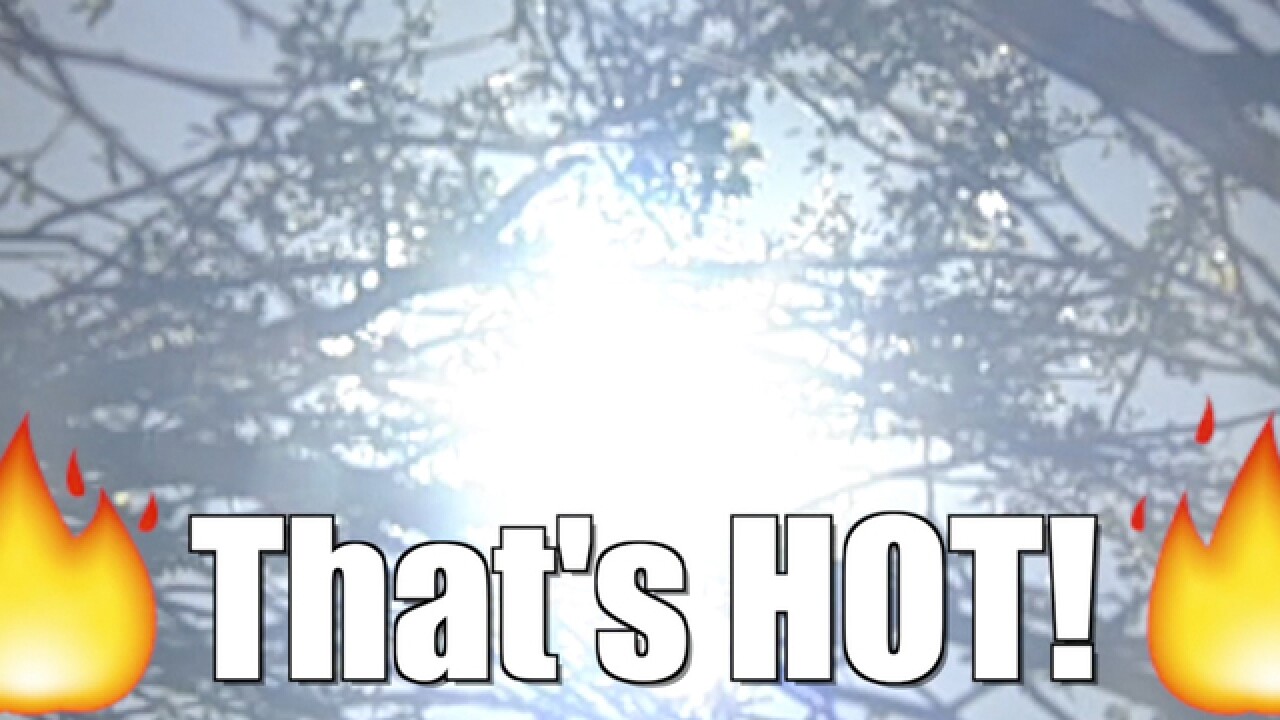 Independence Day temperatures will continue the heat wave in the nation's northernmost state. Across south Alaska, mercury is expected to rise to record or near-record levels on the nation's birthday and continue at above-average levels through next week, the National Weather Service reports .

Last month was the warmest June on record, with an average temperature of 60.5 degrees -- 5.3 above average, according to the National Weather Service Anchorage, whose records for this location date to 1954 (66 total Junes). June marks the 16th consecutive month in which average temperatures ranged above normal.

"All 30 days in June had above average temperatures," the service noted.

Though the 82 degrees reached on June 29 ranks as last month's high, previously topped on June 14, 1969, when the thermometer hit a record 85 degrees.

Meanwhile, a large upper-level high pressure system is building over Alaska and will draw warm air from the south and blow winds offshore -- in the opposite direction of "sea breezes," which bring cooler air from over the ocean to the land, the Weather Service predicts.

As the high pressure shifts out of southern Alaska, cooling sea breezes will return on Friday afternoon, allowing temperatures to drop slightly, at least along the coast. Over the weekend and into next week, thermometer readings are expected to fall in the region, even if temperatures remain above average.

June was the driest on record, with 0.06 inches of rain. (Normal monthly precipitation in June is 0.97 inches, so June received just 6% of its normal precipitation.) This ends a two-month streak with above-average precipitation, the weather service noted.

Tthe state remains ripe for wildfires, spurring the Alaska State Fire Marshal's Office to ban the sale and use of fireworks in certain areas, including Fairbanks North Star borough, the Kenai Peninsula Borough, the Matanuska-Susitna Borough and the Northern Panhandle.

Fires are a concern for Alaskans every year, but warm dry weather patterns caused heavy smoke and cloud from the Swan Lake Fire to affect the Anchorage area and Kenai Peninsula this week, according to the Alaska Interagency Coordination Center.

Smoke from the smoldering fire, which was started by lightning on June 5 in the Kenai National Wildlife Refuge, will continue to affect the peninsula into the weekend, the center reports. Smoke contains many substances, including carbon dioxide and particulate matter, that may contribute to poor health.

As of Independence Day, the Alaska Interagency Coordination Center estimates that wildfire has burned 634,000 Alaskan acres, which is significantly but not dramatically more than is typical for this point in the season, Rich Thoman, an Alaska climate specialist with the Alaska Center for Climate Assessment & Policy, noted in a holiday tweet .

Fire, rain and heat are not the only issues influencing the state: Ice cover across Alaska, which normally lasts through the end of May, disappeared in March, according to the Alaska Center for Climate Assessment and Policy.

Southerly winds in the Bering Sea have melted ice at an alarming rate, driving temperatures up, said climatologist Brian Brettschneider of the International Arctic Research Center. Ocean temperatures in the region have never been this high, and communities in northern and western Alaska have seen temperatures close to June records.

"Next year, the winds could turn northerly. That tends to mask a warming signal," said Brettschneider, who believes that the planet is warming long-term. "What is happening in coastal Alaska is what is coming in one sense for everybody else. Changes are happening, and changes will be magnified."