After nearly two years, State Dept. responds to inquiry over alleged alcohol poisonings of US tourists 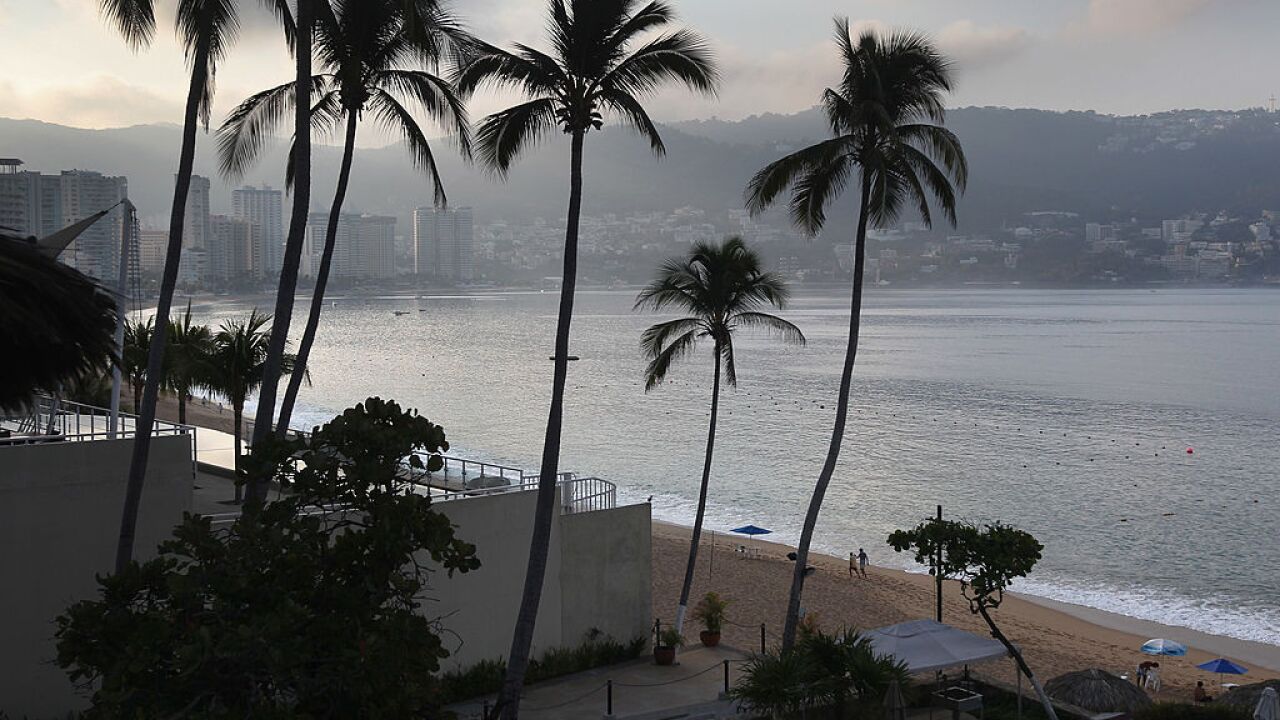 Nearly two years after receiving an inquiry from Senate Homeland Security Committee chairman Ron Johnson, the State Department is finally revealing details about its investigation into multiple deaths and illnesses that occurred shortly after Americans drank alcohol at Mexican resorts, CNN has learned.

The response, obtained by CNN, said that two bars were ultimately shut down by Mexican authorities after the State Department pressured them to inspect a number of establishments.

It was sent to Johnson, a Wisconsin Republican, last month by the State Department's Office of Inspector General. Johnson first wrote to inquire about the cases involving allegations of tainted alcohol in October 2017.

The timing of the OIG's response coincides with a more recent string of mysterious tourist deaths in the Dominican Republic.

In several of those cases, families have alleged that the victims became ill just after consuming alcohol, leading the FBI to look into whether tainted alcohol might be a factor there as well.

While there is no indication of a link between the incidents that occurred in Mexico and the more recent cases in the Dominican Republic, the response to Johnson's 2017 letter highlights several concerns related to the US government's handling of inquires involving American tourists abroad.

Johnson sent his letter to the State Department just months after the death of a 20-year-old woman from Wisconsin named Abbey Conner in January 2017.

She and her brother Austin lost consciousness soon after consuming alcohol at the pool bar in the Iberostar Paraiso del Mar on the first day of their family's vacation. Abbey was found face-down in the shallow end of the pool, nearly drowned, and died days later after being airlifted to a hospital in Florida.

"According to Ms. Connor's family, and other victims who have since come forward, the consumption of allegedly tainted alcohol at Mexican resorts has led to violence, physical abuse and even death," Johnson's letter to the State Department states. "I respectfully ask the Office of the Inspector General to examine how the Department monitors, records and reports overseas incidents involving physical abuse or death after the consumption of potentially tainted alcohol."

'Formal report would not be appropriate'

Despite prompting a wide-ranging probe into the issue, which included reviewing every complaint made to the State Department about possible bootleg alcohol, interviewing the people involved and significant coordination with the Mexican government, the Inspector General ultimately concluded that a "formal report would not be appropriate."

The response explains, "OIG faced several challenges in completing this review, including the fact that victims often did not report incidents of unregulated alcohol to the department, which significantly limited the number of cases on which OIG could base any generalizable findings," it states.

"In addition, OIG's review was complicated by the fact that the guidance for consular personnel who face these types of situations is general and sometimes advisory, mainly because of the complex and variable nature of the incidents themselves."

However, the lengthy response does detail the inner workings of how this inquiry was handled as a result of pressure on the State Department, and details some of the actions that were taken as a result of the review.

Ultimately, the State Department's Bureau of Consular Affairs did provide OIG with a list of 15 complaints that it has received since 2017 related to the consumption of unregulated alcohol by Americans in the Mexican state of Quintana Roo, the most visited by tourists from the US.

The State Department pressured the Mexican government to inspect 30 bars, restaurants and hotels. Two bars -- including one that served Abbey and Austin Conner -- have been shut down as a result. Raids were conducted by Mexican authorities that did end up finding "a significant amount of alcohol of 'undetermined origin'" and led to the identification of one supplier of questionably-sourced alcohol.

Ten thousand gallons of this alcohol was seized -- although according to the OIG, none tested positive for any dangerous substances.

The response makes no mention, however, of multiple incidents reported in various media outlets that Mexican officials had, in other raids, seized hundreds of gallons of alcohol allegedly tainted with methanol, a toxic form of alcohol that is used in fuel, antifreeze, windshield wiper fluid and solvents. It can cause blindness and death.

Those findings are included in the Conner family's wrongful death lawsuit against Iberostar, filed last year.

The Milwaukee Journal Sentinel, which has reported extensively on the Mexican cases, reports that it has heard from more than 200 people who believe they encountered tainted alcohol in Mexico, and the paper cites a 2017 Mexican government-spearheaded study that found that as much as 36% of all alcohol consumed throughout Mexico is produced illegally and unregulated.

The OIG's response did detail some of the difficulties American families of victims faced in getting help from the State Department while in Mexico, which some families described as "insensitive," "bureaucratic," or virtually nonexistent. At times families were told by State officials that they could not help them navigate the Mexican law enforcement or healthcare process.

The family of one woman who died was told the State Department couldn't help them at all submitting a police report when the Mexican government refused to let them file one.

In one case, a man had to wait until the next day for assistance filing a police report, despite reporting he was drugged and sexually assaulted after drinking tainted alcohol.

Yet despite recording the summaries of various reported cases, OIG did not express an opinion as to whether extensive handling of alleged cases of tainted alcohol in Mexico falls under the State Department's area of responsibility.

"OIG cannot draw definitive conclusions about any individual consular officer's compliance with Department policies in these cases," their response to Johnson's letter says, since State Department guidance on this issue remains vague.

It is unclear whether the OIG has fully completed its investigation of these cases and did not respond to CNN's request for more information.

Gary Davidson, an attorney for the family of Abbey Conner, continues to seek answers and compensation for the family's loss. "There is basically homemade liquor down there, circulating in the community of hotels -- and a lot of the hotels are buying it," he told CNN.