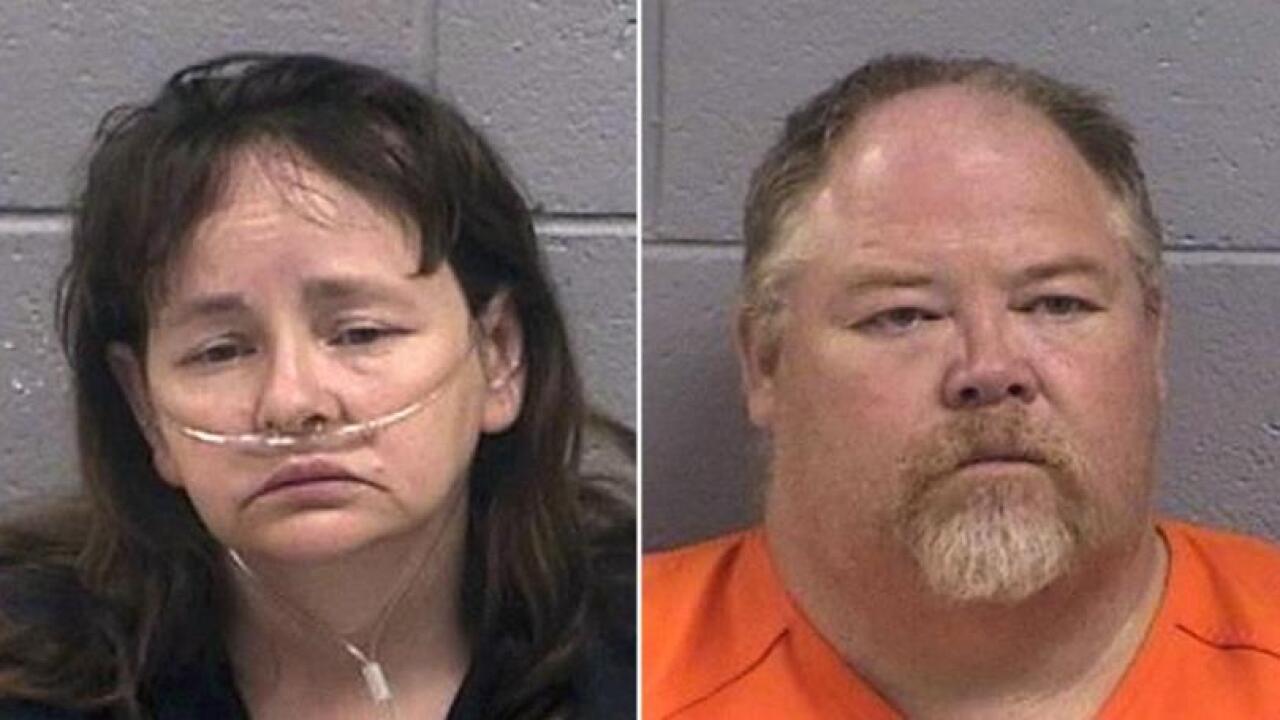 A New Mexico woman will appear in court Wednesday over accusations she tortured several of her 15 children and boiled the family's litter of newborn puppies in a large sealed pot, authorities say.

San Juan County resident Martha Crouch is charged with child abuse, extreme animal cruelty and obstruction of an investigation on child abuse or neglect, according to a criminal complaint and arrest affidavit obtained by CNN affiliate KOAT.

In a series of interviews, one child said she shot him in the arm with a shotgun while he was taking out the trash, put one of her daughters on a "fat chain" because she ate too much and beat another daughter until she miscarried, according to the criminal complaint released by the New Mexico Police Department.

To stop the children from reporting the alleged abuse, the parents threatened that if they said anything to police, social services would take them away and rape them, court records show.

Crouch's son told investigators that his parents moved them to different states and at times hid them in campsites to avoid questioning by child services about the alleged abuse, according to the criminal complaint.

Crouch's husband, Timothy Crouch, has been charged with one count of obstructing investigation of child abuse or neglect for his role in allegedly moving the children to different places during an investigation.

New Mexico officials started their investigation after a claim of educational neglect related to the couple's four children who were living at home at the time.

The couple's teen daughter provided horrifying details on the alleged torture of the children and pets.

In one instance, the 17-year-old told police her mother allegedly beat some of the children with a metal ladle and a spatula mostly on areas covered by clothes, the criminal complaint says.

She also said that her dog had puppies and her mother put four in a big pot and boiled them as they watched in October last year -- instead of giving them away or taking them to an animal shelter, according to the criminal complaint.

Another case of animal cruelty involved the daughter trying to adopt a kitten and her mother giving it medication that killed it.

"This is how we take care of damaged creatures," the teen quoted her mother as saying while she put the medication in the kitten's food, according to the criminal complaint. The kitten slept and never woke up, the complaint says.

A dog is found in the backyard

Police conducted a search warrant on June 13 and discovered most of the family's belongings had been removed, the criminal complaint says. They found the pot allegedly used to boil the puppies along with the ladle. They also dug up a dog that the teen had said was shot by her mother as punishment to the children and buried in the backyard, took photos of it then reburied it, the criminal complaint states.

Timothy Crouch Jr., one of the couple's adult children, has defended his parents.

"My family are wonderful people," he told KOB4 in Albuquerque. "My mom and dad are some of the best people you'll meet."

CNN has reached out to a public defender's office, but has not heard back.

The parents have several other claims against them in different states including Alaska, Kansas, Missouri, and Montana, officials said.

It's unclear what types of allegations they faced in those states or what action was taken against them.