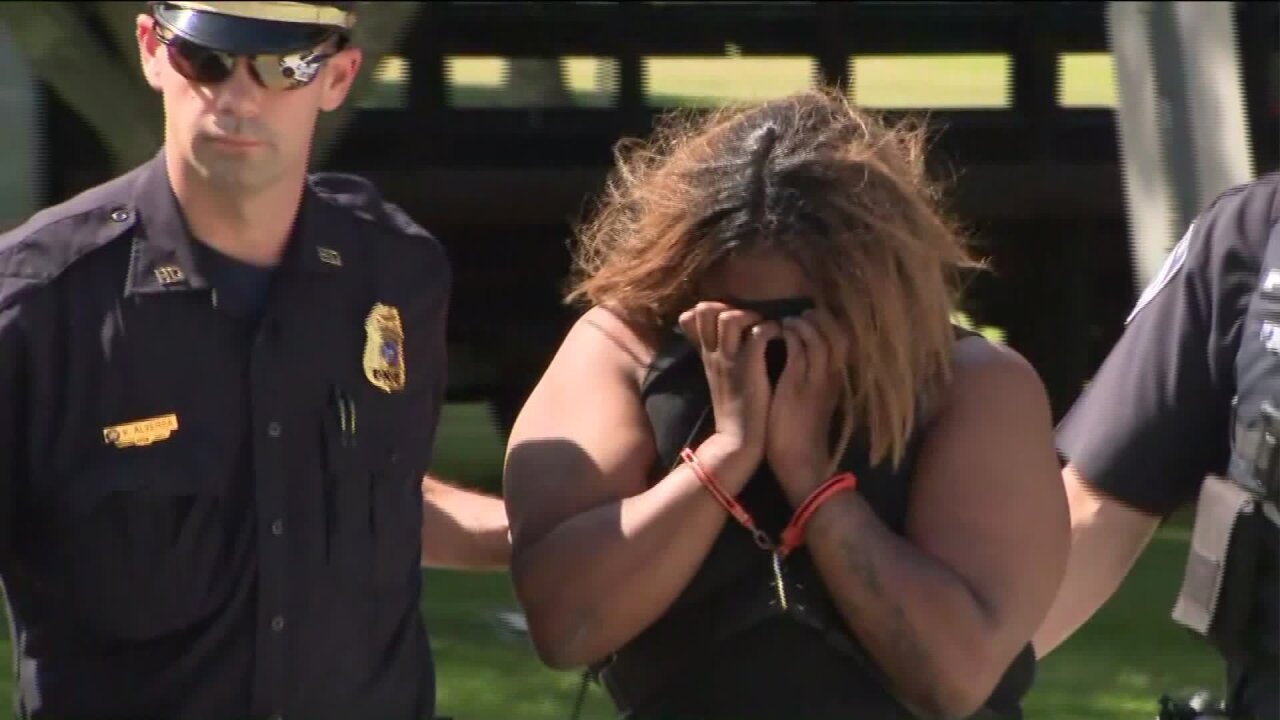 A New York woman accused of killing her two toddler daughters is in custody and faces two counts of second-degree murder, authorities said.

Tenia Campbell's mother called 911 on Thursday and said her daughter was "threatening to kill herself and her twin 2-year-old daughters," Suffolk County Police said Friday.

"I killed them with my bare hands," Campbell said, according to a written statement by her mother, CNN affiliate WABC reported.

Campbell's mother wrote in the statement her daughter kept saying "she was sorry, but she didn't want to live anymore," according to WABC .

After a massive countywide search, officers located Campbell at the entrance of Montauk County Park and took her into custody. Police found the little girls, Jasmine and Jaida, in car seats inside a vehicle and both were in cardiac arrest, Hart said.

Despite life-saving efforts, the twins were later pronounced dead in a nearby hospital, police said. Homicide squad detectives have charged Campbell with two counts of second-degree murder.

Information on her attorney was not immediately available.