A veteran died in police custody. His body was returned to his family with some organs missing 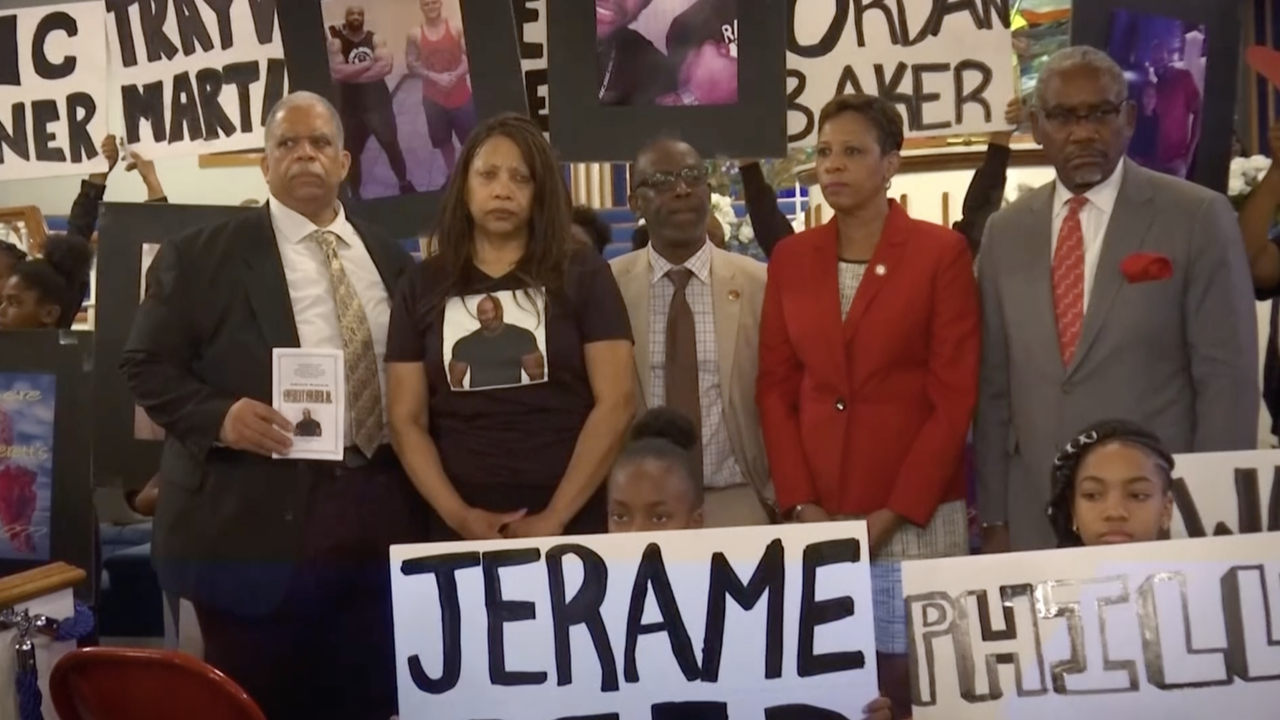 Two days before he died, Everett Palmer Jr. called his brother, Dwayne, to tell him he was on his way from Delaware to New York to visit him and their sick mother. But first, he said, he wanted to resolve an outstanding DUI warrant from an incident in 2016 in Pennsylvania to make sure his license was valid for the drive to see his family.

The phone call was the last time the family would hear from the 41-year-old US Army veteran and father of two.

On April 9, 2018, two days later, the family was told that Palmer had died in police custody at the York County Prison. Fourteen months later, the Palmers say they still don't know what really happened. But they are suspicious because when Palmer's body was returned to them, his throat, heart and brain were missing.

The family hired Merritt to help find answers because so far, they have been unable to get them on their own, they say. Merritt says prison and county officials have not been cooperative with providing an official manner of death.

Representatives for the prison could not be reached for comment Friday.

An initial autopsy by the York County Coroner's Office stated Palmer died after an incident "following an excited state" during which he "began hitting his head against the inside of his cell door" and was restrained. The report says Palmer became agitated as a result of "methamphetamine toxicity." A probable "sickling red cell disorder" as listed as a contributing factor.

According to his family, Palmer never had any health problems leading up to his death. They also say the autopsy report of him hitting himself are completely out of character.

The York County Coroner's Office updated its autopsy results on July 28, 2018, to include a manner of death, which it listed as "undetermined." The autopsy report says details of the autopsy may be corrected as more information becomes available.

The family says Palmer did have "some history of drug use," but never meth. Prison processing reports made available to the family provided no indication that Palmer was under the influence or had any drug paraphernalia listed in his items when he arrived.

"He would have had to receive (the meth) in the jail itself. We don't believe that happened," Merritt said.

"It's not unusual to take organs out of a body during an autopsy, especially if you believe they were subject to trauma. The highly unusual part is to misplace them," Merritt said.

For seven months, the family could not track down Palmer's brain, heart or throat. They say they were told by the York County Coroner to check with the funeral home for the body parts.

The family says they were later told by the coroner that the body parts were at an independent lab. However, the lab, Merritt says, has refused to hand over the parts, citing an ongoing investigation.

Merritt says the family believes the body parts will reveal details of how Palmer died. "But we haven't been able to get them back yet," Merritt said. "His constitutional rights are being violated."

When asked how long an investigation into a case like this typically takes, King said, "Every investigation is unique." He did not answer when asked why, more than one year after Palmer's death, there is still no official determination about his cause of death.

Multiple calls to the Pennsylvania State Police, which is listed as the investigating police agency on the autopsy, were not returned. A voicemail message left with the York County Coroner's Office also went unanswered.

Of the five children in the Palmer family, Everett Palmer Jr. was like the glue that kept the family bond strong, his brother Dwayne said. He was a "gentle giant," tall and muscular, and served as a US Army paratrooper. An avid sports fan, especially of basketball, Palmer was often found working out in the gym or helping others achieve their goals as a personal trainer.

Palmer also enjoyed being a DJ and had a very "eclectic taste in music," preferring heavy metal, according to his brother, Dwayne. He may have looked imposing, his brother says, but he loved to smile.

"He joked around a lot. He was the life of the family," Dwayne Palmer said. "He wasn't a perfect person, but certainly not somebody that's a rabble-rouser, fighting, starting trouble or anything like that. He was a loving person."

Speaking from his home in New York, Dwayne says the family just wants to know what happened. He says the information they have been given so far is scant.

"We don't believe anything (officials) are telling us at this point," he said. "It's a tremendous loss for our family. We are devastated."

According to the autopsy report, on the morning of his death, Everett Palmer Jr. was taken to a medical clinic where he was noted to be unresponsive. He was transferred to York Hospital, where he was pronounced dead at 5:46 a.m.

"If he was being processed for something that he did wrong in terms of the DUI -- he should be held accountable for that -- but it shouldn't be a death sentence, certainly inside of a jail," his brother added. "We know that there are good people in that prison system. We appeal to them to come forward and share what they know."

The Palmer family has put in a Freedom of Information Act request for any video recordings from the York County Prison while Palmer was in their custody.

"It's been over a year and we want some answers. He was delivered back to us without organs. We want closure," Palmer said. "If something criminal happened, and I believe something criminal did happen, we want the people that was involved in that to be held accountable."