A Sikh man tweeted a photo of his rainbow turban for Pride month, and got a RT from President Obama 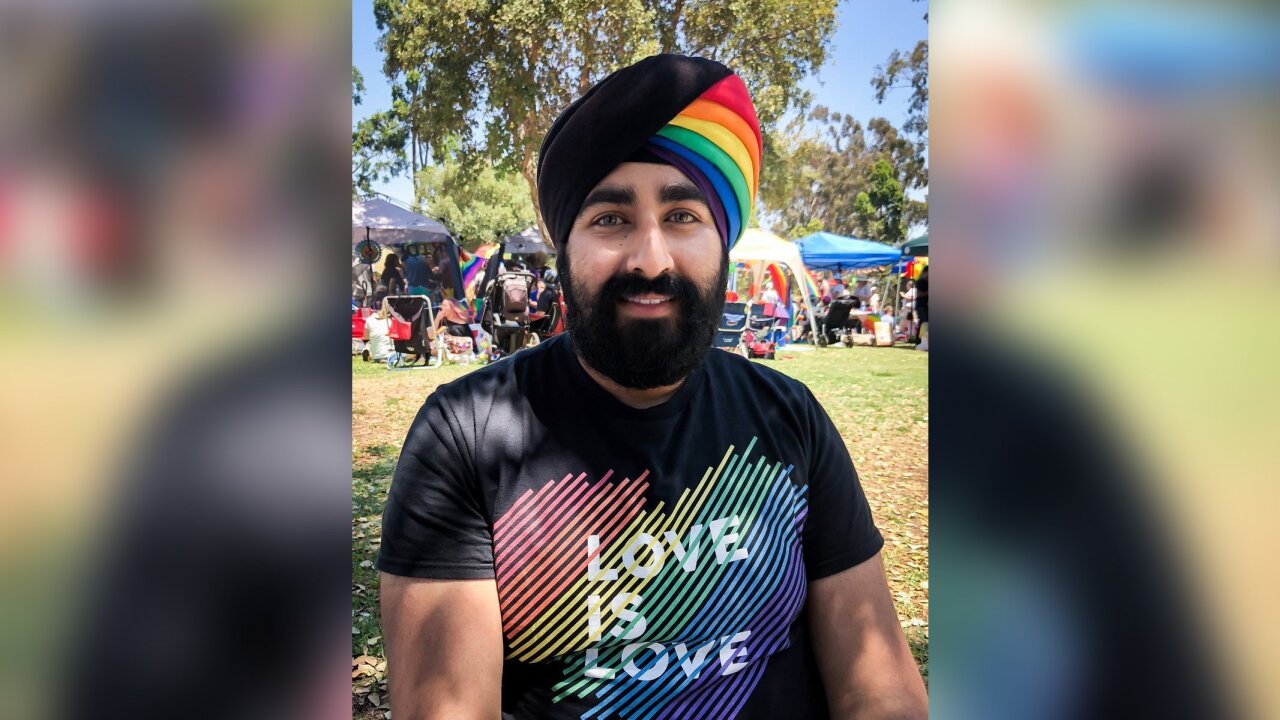 It's a year-old photo, but the Sikh man from San Diego, California, thought it was worth sharing.

June, is after all, Pride month . And Jiwandeep Kohli wanted to celebrate it with a picture of him wearing a custom-made rainbow turban.

"San Diego's Pride festival falls in July, so I haven't had the chance to wear it and take new pictures yet," he told CNN.

So Kohli put the photo on Twitter on Saturday, the first day of the month.

"I'm proud to be a bisexual bearded baking brain scientist," he wrote. "I feel fortunate to be able to express all these aspects of my identity, and will continue to work toward ensuring the same freedom for others."

The response was immediate. He got thousands of retweets, including one that stood out -- from a former President of the United States.

"You've got a lot to be proud of, Jiwandeep," wrote Barack Obama. "Thanks for everything you do to make this country a little more equal. Turban looks great, by the way. Happy Pride Month, everybody!"

That was Tuesday. A day later, Kohli is still over the moon.

"It was an incredible honor to be acknowledged by the former president and honestly I'm still processing it," said the doctoral student in clinical psychology. "It left me sort of speechless but also reinforced that it (the photo) was worthwhile to post."

His tweet continues to rack up likes -- 126,000 and counting. People on Twitter also are sharing messages of support -- they love the turban, which he designed himself -- and their own stories.

Kohli hopes his growing platform will allow him to continue pushing for social change.