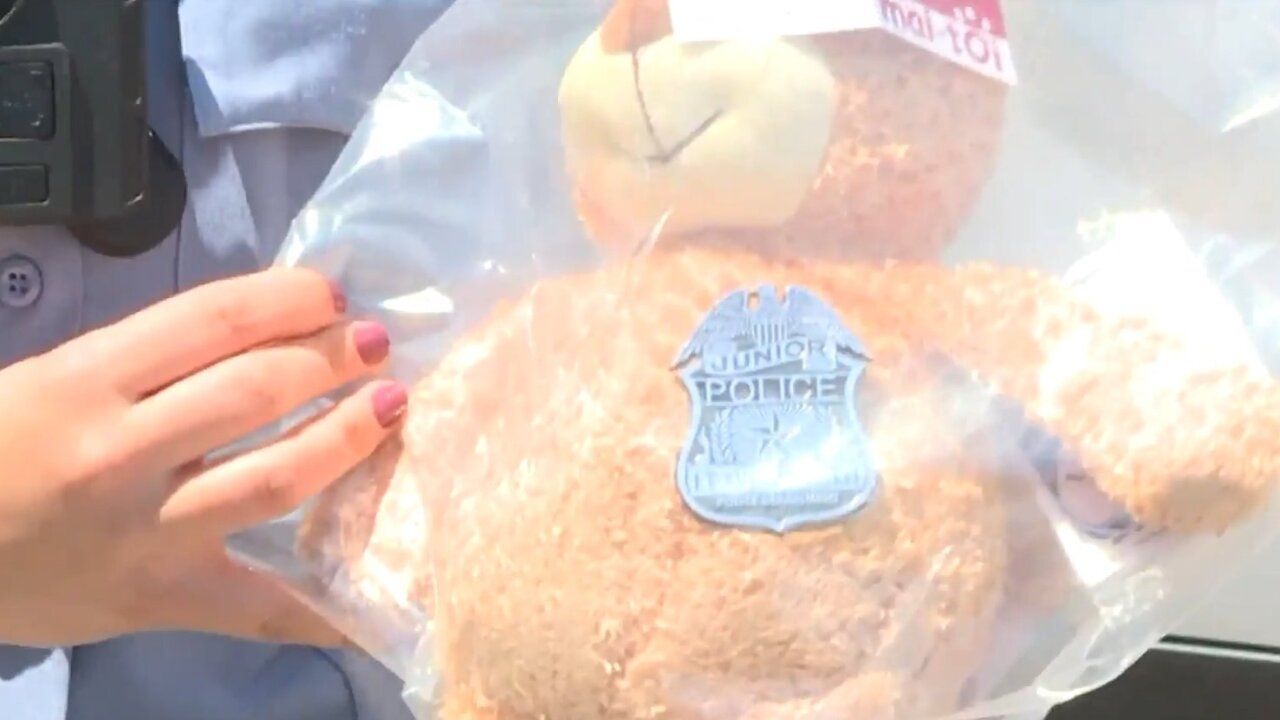 A stuffed animal. Some Kansas City Royals baseball cards. And a business card.

These three items may not sound like they go together, but a police officer in Kansas is using them to help children when they're feeling vulnerable.

Sarah Moreno, an officer with the Leavenworth Police Department, combines these three items in special care packages that she gives to children she comes in contact with who have been victimized or traumatized.

"(They are) usually victims of a sexual crime or something serious, and we have to come in there and be professional. At the same time, you have the condolences you would have for that child as well because they are going through this, and this is the worst time of their life," Moreno told CNN affiliate WDAF . "I tried to figure out how I can make part of that worst part of their life be a little better."

For her efforts, Moreno was presented with a Police Recognition Award from the city's police chief.

She keeps the care packages in her trunk and estimates she's given out more than 50 of them.

Although the kids gravitate to the baseball cards and the stuffed animals (which sport little junior police badges), Moreno thinks the most important item in her care packages is her business card.

"There's a business card in here," she said. "It says my name and then its got the non-emergency phone number and it`s got 9-1-1."

Moreno said the best part of distributing the care packages is that it shows that the relationship between police and the community doesn't have to be acrimonious.

"We can be pretty helpful in a lot of situations, and some people look at us in a different sort of limelight, good and bad," she said. "But, it's good to see a good limelight of a police officer doing something great."