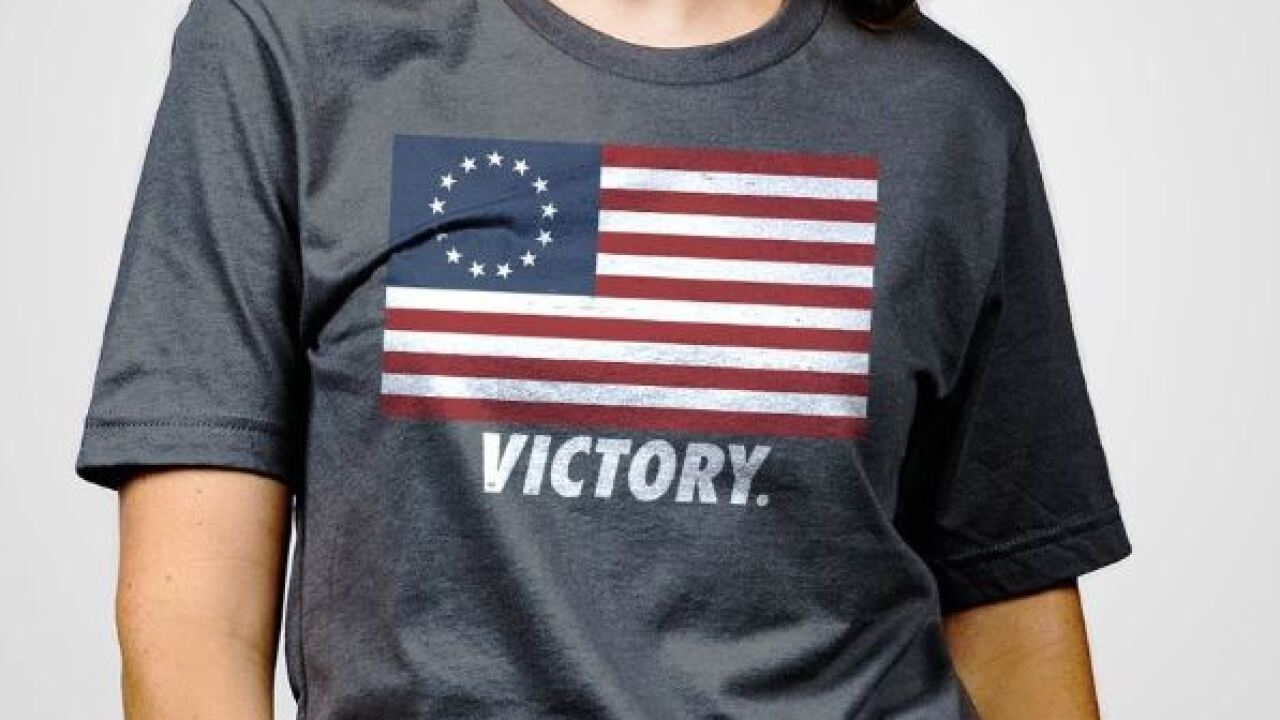 A clothing company in Georgia is calling out Nike for their decision to pull their Fourth of July shoes and releasing their own T-shirt featuring the early American flag, also known as the "Betsy Ross flag."

A report from the Wall Street Journal said former NFL quarterback-turned-social justice activist Colin Kaepernick convinced Nike to pull its sneakers featuring the early American flag because he found the shoe to be offensive.

Nine Line Apparel shared a scathing message to Nike on their website saying "Nike — goddess of victory in Greek mythology and a failure of American patriotism."

The message went on to say they "cannot believe the total ignorance and lack of understanding displayed by both Colin Kaepernick and Nike in relation to our country's Betsy Ross flag, it's symbolism and meaning."

The called Nike's choice a "disgrace to all freedom-loving Americans."

You can read the company's full message to Nike and Americans below.

"Nike - the goddess of victory in Greek mythology and the failure of American patriotism.

The latest controversy involving ex-NFL quarterback Colin Kaepernick has us all shaking our heads again at Nike in complete disgust. Kaepernick, a Nike endorser, reached out to the footwear and apparel giant to let them know his dissatisfaction with their newly slated planned release of the Nike Air Max 1 Quick Strike 'Fourth of July' USA-themed sneakers. He argued and complained that the Betsy Ross flag, which is featured on the heel of the new sneaker, was offensive and carried slavery connotations. Without hesitation, Nike chose to take Kaepernick's side and cancel the patriotic sneaker release, just in time for the 4th of July.

Nine Line Apparel, along with relentlessly patriotic Americans everywhere, cannot believe the total ignorance and lack of understanding displayed by both Colin Kaepernick and Nike in relation to our country's Betsy Ross flag, it's symbolism and meaning. This early design of the flag of the United States depicts the original 13 colonies and represents the unity of these original American colonies in their fight against the British for our nation's freedom during the Revolutionary War. It in no way, shape or form alludes to slavery yet is a direct representation of freedom fought and earned by early Americans.

We are only able to enjoy our liberties, rights and lives as Americans today, because of what this flag has always symbolized and stood for. For Colin Kaepernick and Nike to say no to the release of what would have probably been a popular shoe for their summer footwear line is like saying no to our 4th of July holiday. The one day of the year where we all unite as one patriotic American family to rejoice and celebrate our freedom, hard fought and won by our country's forefathers. The Betsy Ross flag has a direct correlation with this national patriotic holiday but Kaepernick and Nike don't care. They are a disgrace to all freedom-loving Americans, choosing ignorance over patriotism.

For these reasons and so many more, we proudly stand for freedom and the Betsy Ross flag to say without recall or hesitation, just DON'T do it."

You can watch Zac Scalf, a self-described ammosexual and sales associate with Nine Line Apparel, talk about the Nike controversy below.

This story was originally published by Katie Cox on WRTV .