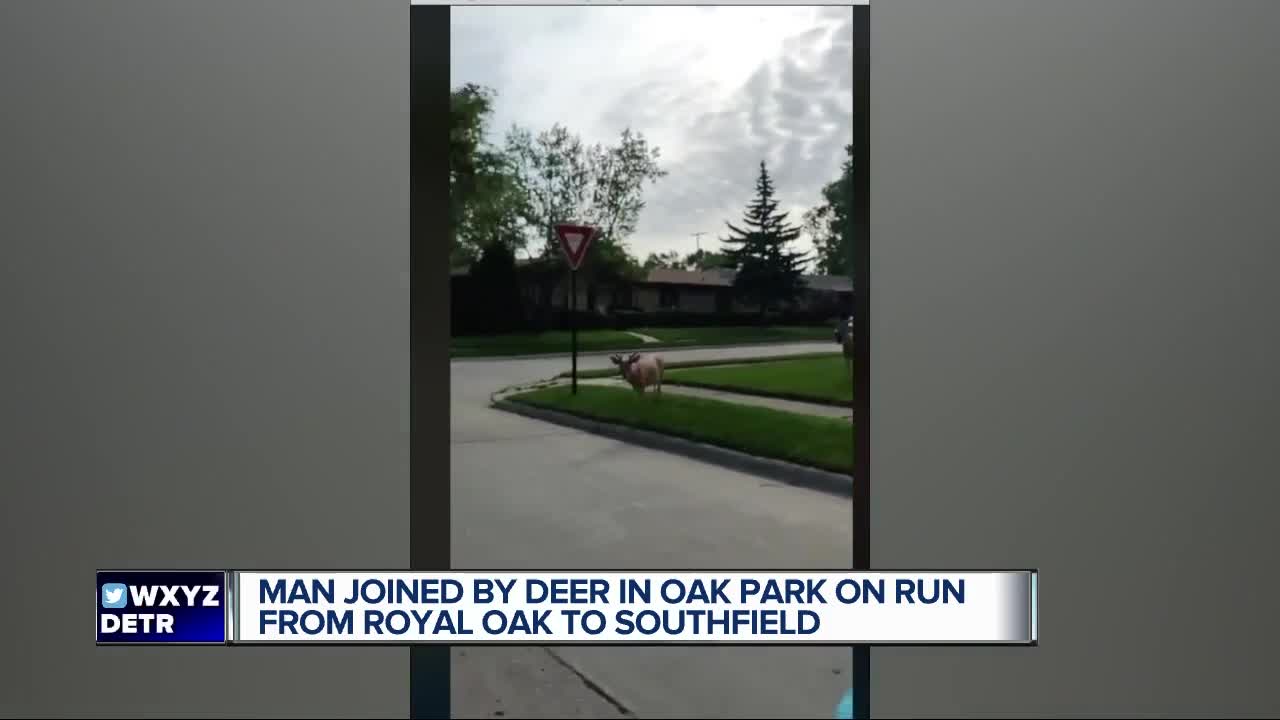 The man who went for a run and was joined by several deer is talking with 7 Action News. 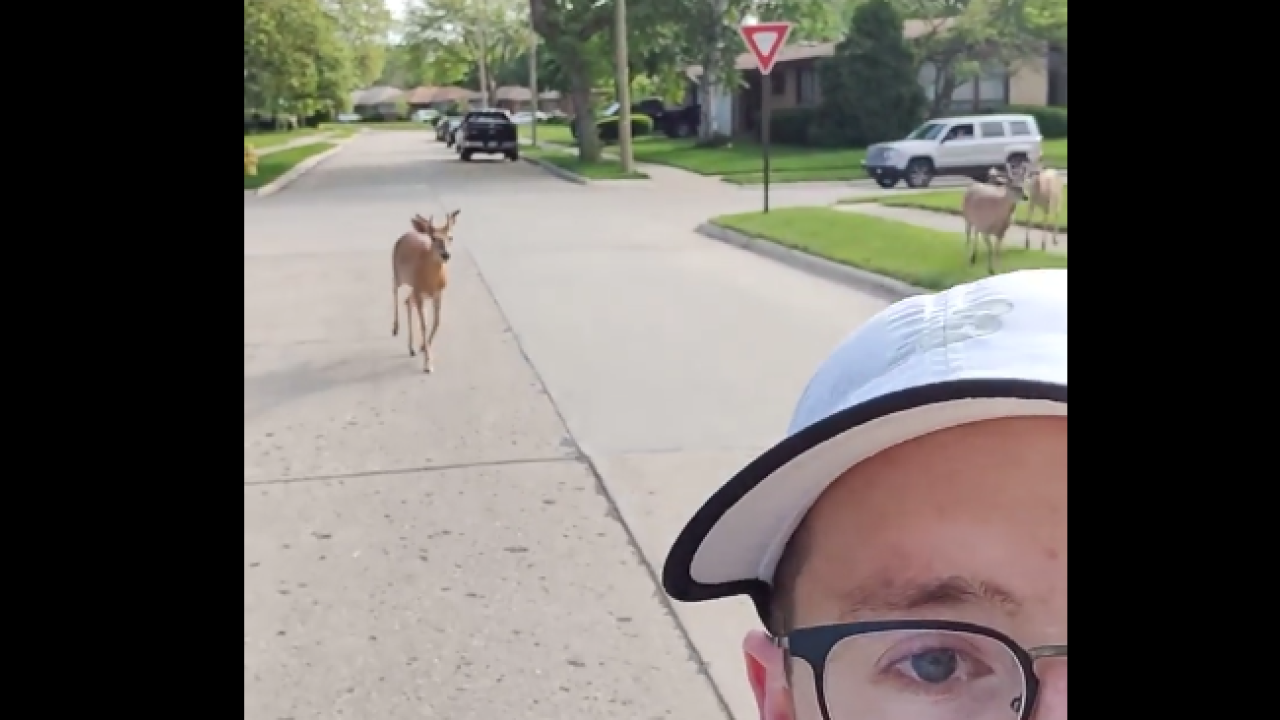 DETROIT — It's a video that has gone viral. A man running with deer in Oak Park, Michigan. It's like a moment straight out of a movie.

"This is my parade," said Jared Wein in the viral video. "These are my pets. Sunday morning fun run!”

Wein is now becoming known as the "Deer Whisperer."

And really, how else can you explain Wein's wildlife magnetism?

"Whenever I would stop, they would stop too, and then when I run they were running," Wein said.

He was running from Royal Oak to Southfield to visit his wife at work. Wein saw the deer 20 feet away but never imagined they would join the run.

"I had no food on me," Wein said. "I may have smelled like salt from sweat but no food."

"The deer’s behavior indicates to me (it's) used to people and that’s not necessarily a good thing to have regular contact with people," said Holly Vaughn, who works with the Michigan Department of Natural Resources.

She also cautions other people who may see deer in non-wildlife settings.

"They never seemed aggressive," Wein said. "They seemed more curious than anything else."

It’s a run he will never forget.

"I almost never run with my phone because I was meeting my wife," Wein said. "I happened to have it with me, but on a normal day I would never been able to film that experience."