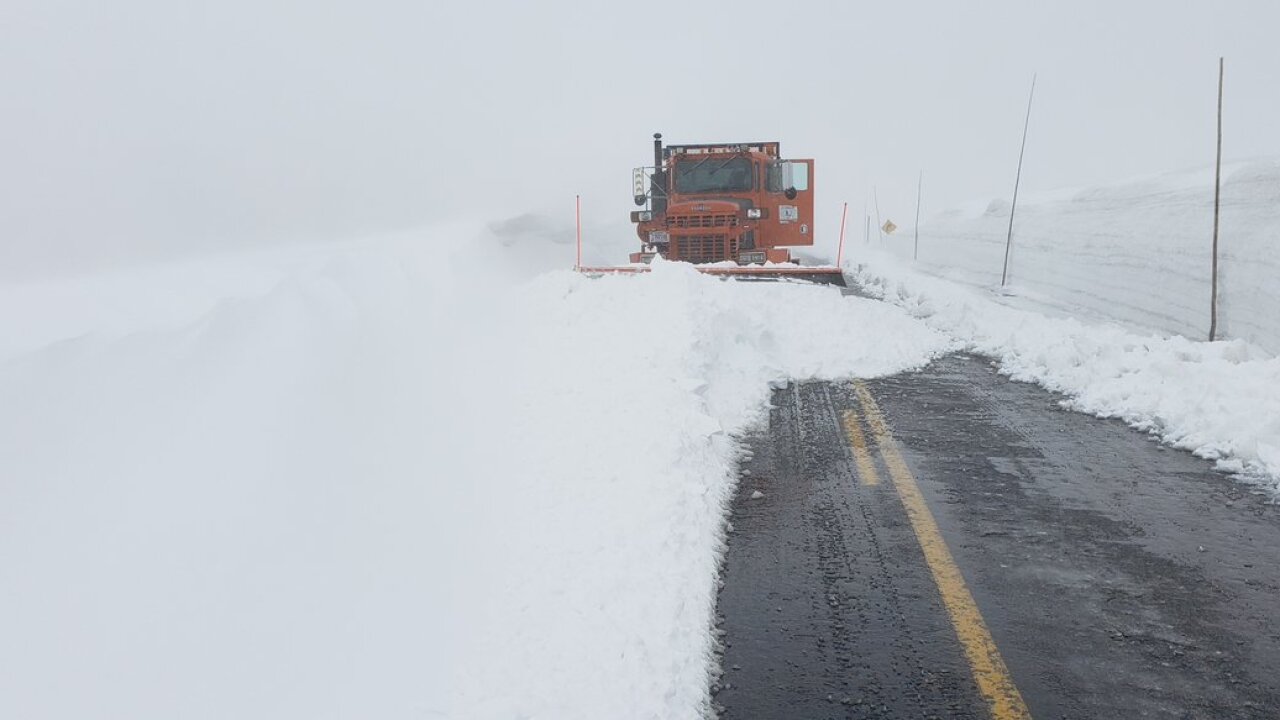 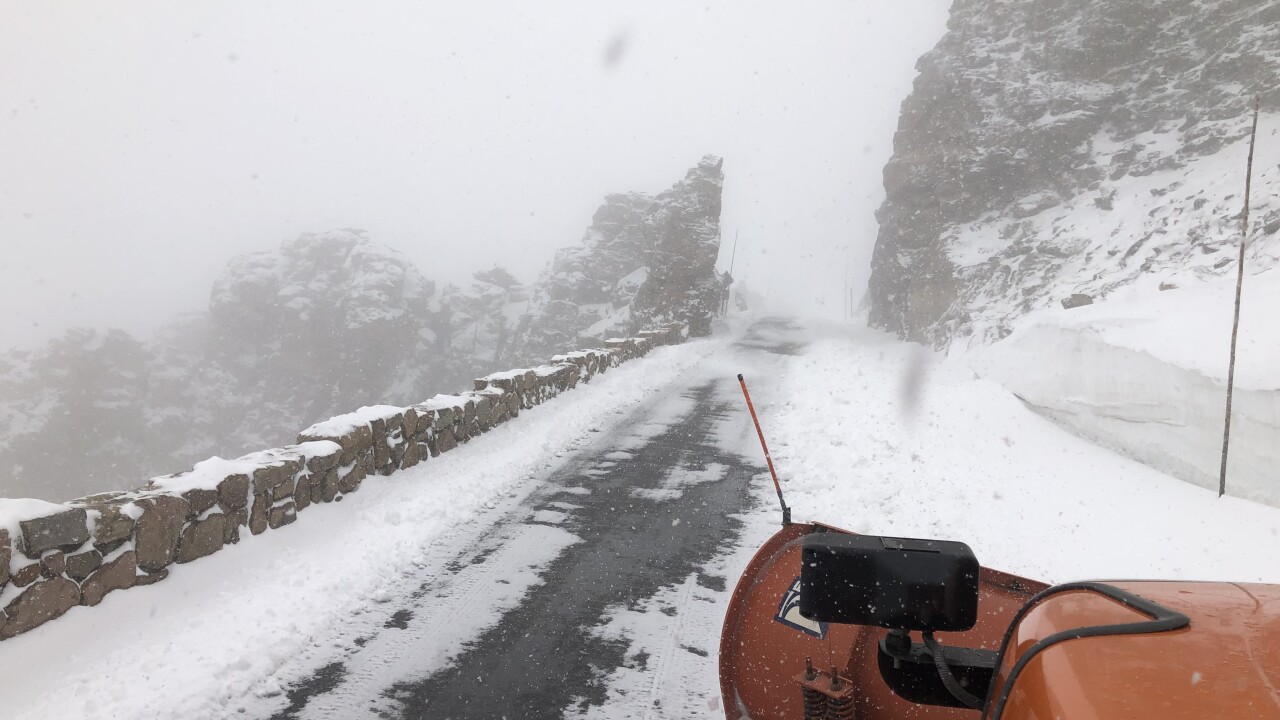 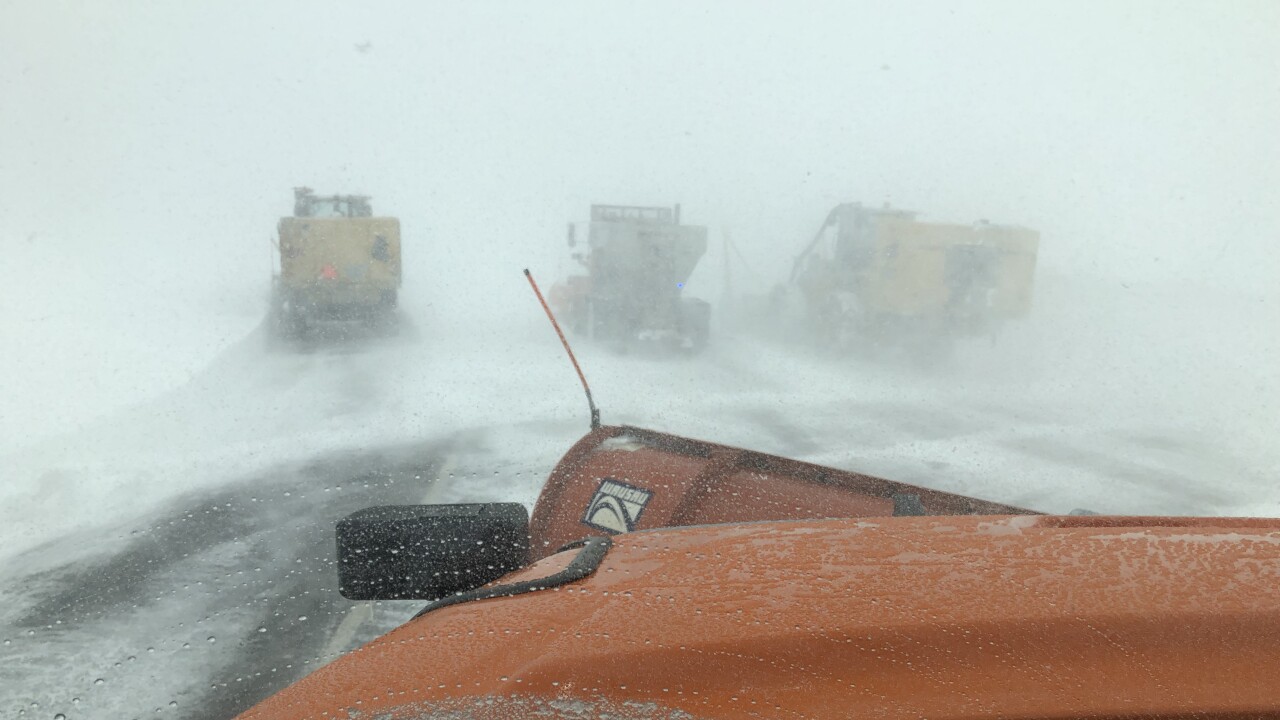 DENVER – Trail Ridge Road in Rocky Mountain National Park remains closed Monday after another round of snow and high winds over the weekend left drifts of up to 5 feet in some places.

Rangers closed the road down on Friday afternoon as heavy snow fell and winds gusted up to 50 miles per hour. The park said that temperatures overnight were in the 20s over the weekend.

Snowplows tried to plow Trail Ridge Road again on Sunday and were able to reach Lava Cliffs – just above 12,000 feet in elevation – but had to turn around after encountering drifts of between 1 and 5 feet high and high winds.

The road opened just over two weeks ago after crews had to clear feet of snow from the road and Alpine Visitor Center.

But the park said Monday that it is not sure when the road will reopen. People wanting to know if the road is open can call the status line at 970-586-1222.

Mount Evans Highway west of Denver was closed through the weekend because of snow and high winds.

More than a foot of snow fell in some parts of Colorado over the weekend. Steamboat Resort picked up 20 inches of snow by Saturday morning, and several National Weather Service spotters reported upwards of 8 inches throughout north-central Colorado.

The snow-water equivalent snowpack in Colorado was at 4,087% of median as of Monday – near the highest levels in the past 24 years, according to the Natural Resources Conservation Service. Snowpack has not been this robust this late into the season since 2011 and 1995.

But summer could finally reach Colorado this week -- with temperatures expected to possibly reach 90 degrees in Denver for the first time in 2019 Thursday or Friday.