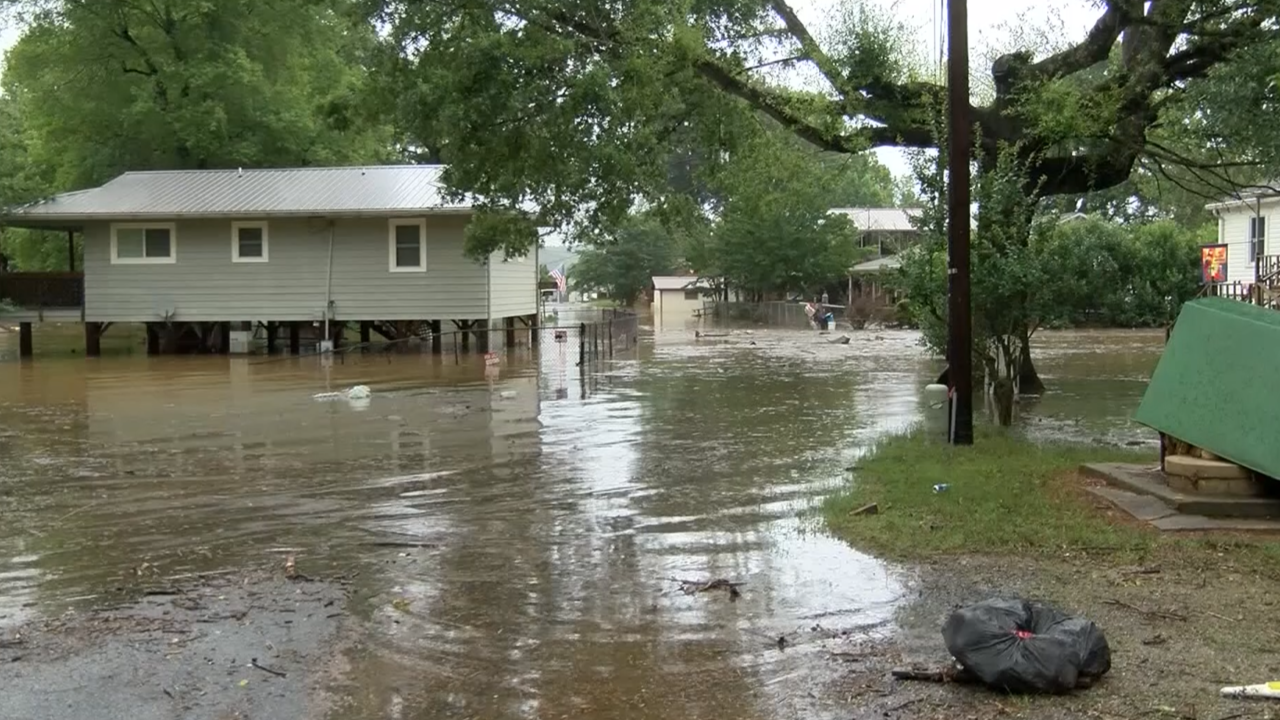 Three people died during heavy rains and flooding in North Carolina after their car hydroplaned and was submerged in a creek.

The vehicle crashed into a tree and then overturned into Rockdam Creek in Lincolnton, trapping all three people inside while the vehicle was submerged in 6 feet of water, according to North Carolina Department of Public Safety Master Trooper Jeffrey Swagger.

The creek waters were higher than normal due to heavy rainfall over the weekend, Swagger said.

There were flash flood warnings issued by the National Weather Service for the area multiple times Saturday, according to CNN Meteorologist Michael Guy.

Heavy rains in the Durham, North Carolina, also caused some flooding and damage at Duke University, the University said.

Rains flooded portions of the school including the Bryan Center, which is home to the University Store and Office of the school's Vice President, where a glass wall was knocked out of place, CNN affiliate WNCN said.

Bryan Center has reopened with limited access to the lower level according to a spokesman for Duke University.

The Sarah P. Duke Gardens, the Eye Center and the University's Divinity School and Chapel were also damaged, according to WNCN.

Schools in Catawba County announced closures Monday due to a "tremendous amount of flooding" throughout the county. Other counties announced delays and possible issues with morning bus service due to flooding.

Guy said that rainfall totals were reported as high as 3.41 inches for one 24 hour period near Durham.