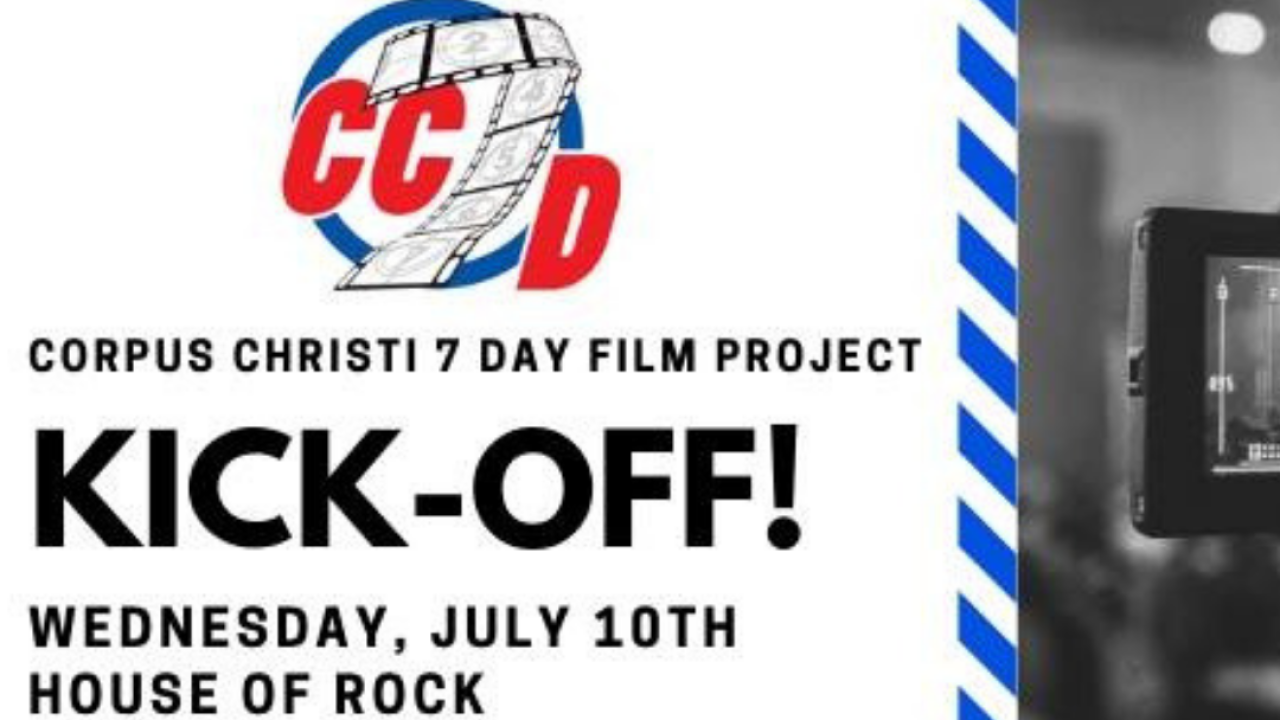 One of our biggest local film competitions starts this week.

The Corpus Christi 7-Day Film Project was created in 2007 to get a bunch of local filmmakers together and have fun making a film in only seven days. The competition is open to first time filmmakers, film making veterans, actors, and film crews.

Here are some of the past entries: https://www.cc7day.com/#!rules/c12pp

The festival kicks off this Wednesday, July 11 at House of Rock and will last a week. Completed films will be screened at the local Alamo Drafthouse on September 2, followed by an awards ceremony and after party at House of Rock.

The entry fee is $50 dollars per team. You can check out the rules here,