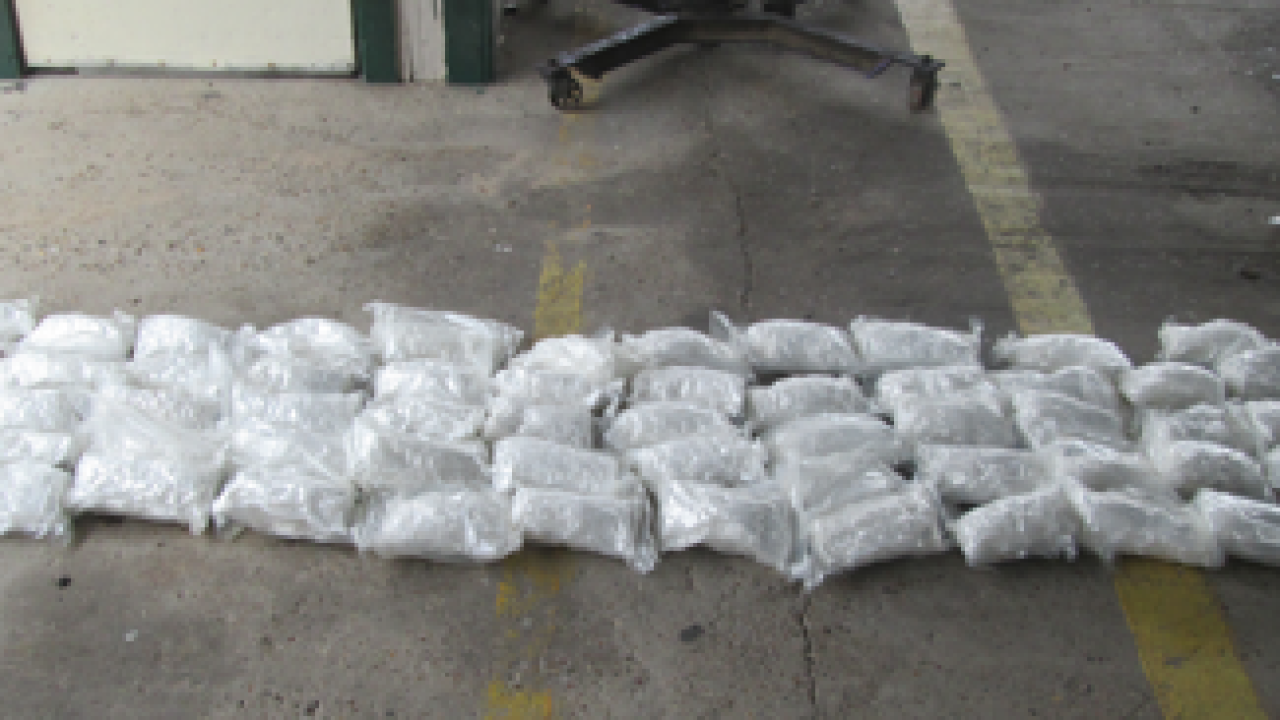 More than $4 million worth of illegal narcotics were seized by border patrol agents on two separate occasions last week.

According to a press release from US Customs, the first bust happened in Kingsville, Thursday morning, Oct. 17. An S.U.V. was referred to secondary inspection after K-9 alert. They found about 75 pounds of methamphetamine hidden in the vehicle, worth an estimated $2.4M,

The second bust took place Sunday in Falfurias, Oct. 20. A K-9 alert tipped off a secondary inspection of a vehicle. Nearly 62 pounds of cocaine was found bundled throughout the vehicle. The estimated value is $1.9M.

Border Patrol referred both cases to the Drug Enforcement Administration.

Officials encourage the public to take a stand against crime in their communities and report suspicious activity at 800-863-9382.