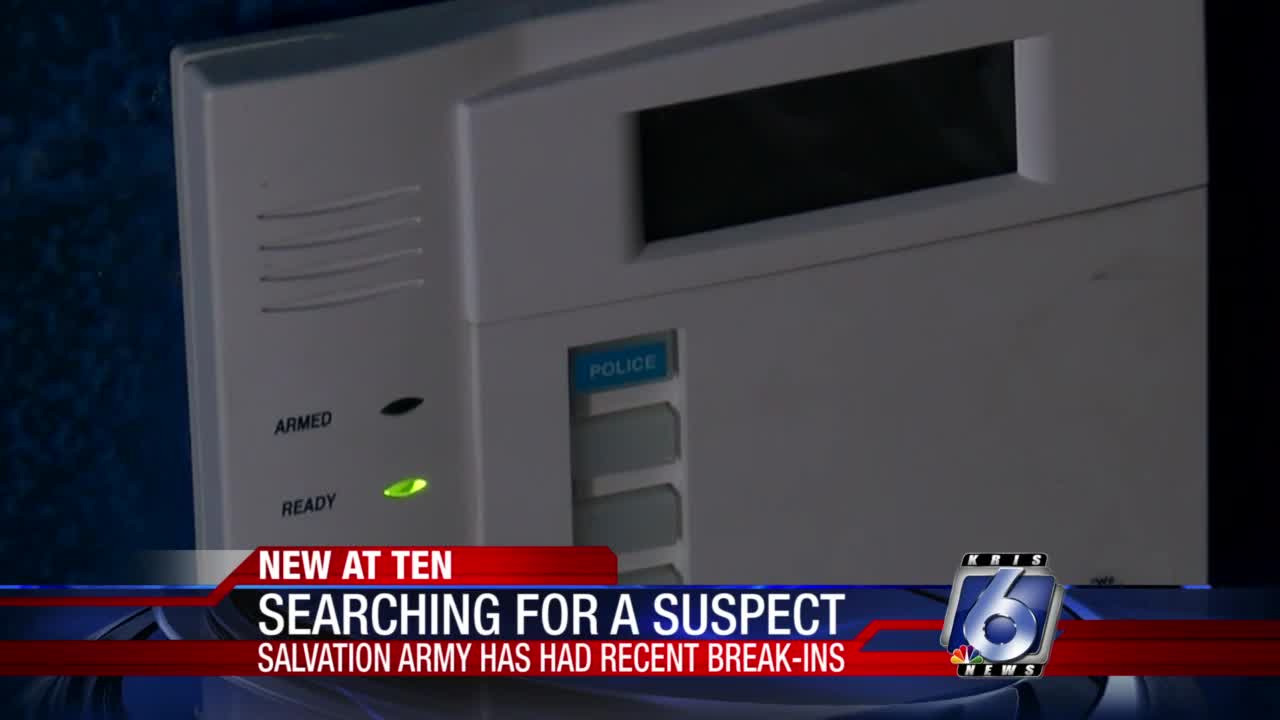 The Salvation Army of the Coastal Bend is asking for the public's help catching the burglar who broke into the charity's food-pantry warehouse early Thursday.

“We do see on the video and the cameras that (the burglar's) backpack does appear to have some stuff in it when he leaves," the Salvation Army's Patrick Gesner said. "So we’re trying to do an inventory real quick to see what exactly he stole."

Regardless, Gesner said the Salvation Army is out $200-$300 for repairs to the door the burglar pried open, and the alarm system he disabled.

“That’s what’s really frustrating is that every time we have to repair or do something like this, it takes money away from what we wanted to do and what the city entrusts us to do with it (which is) to give to people in need,” he said.

Adding to his frustration, Gesner said other Salvation Army facilities and equipment also have been targeted in recent weeks. They include trucks the charity was using to deliver personal protective equipment, such as masks, to hospitals in South Texas that are inundated with COVID-19 patients.

The Corpus Christi Police Department wants to hear from citizens who recognize the burglar from security-camera images.

“This individual needs to be stopped," CCPD Sr. Ofc. Travis Pace said. "Because if he steals from them, who else is he going to steal from?”

Gesner also is hopeful images of the burglar will lead to his arrest. But he also has sympathy for that man if he steals because of a bad situation in his life.

“There’s no ill will," he said. "We want to help this person. But at the same time, if they’re going to keep doing this, it’s going to cause harm to us and other people."