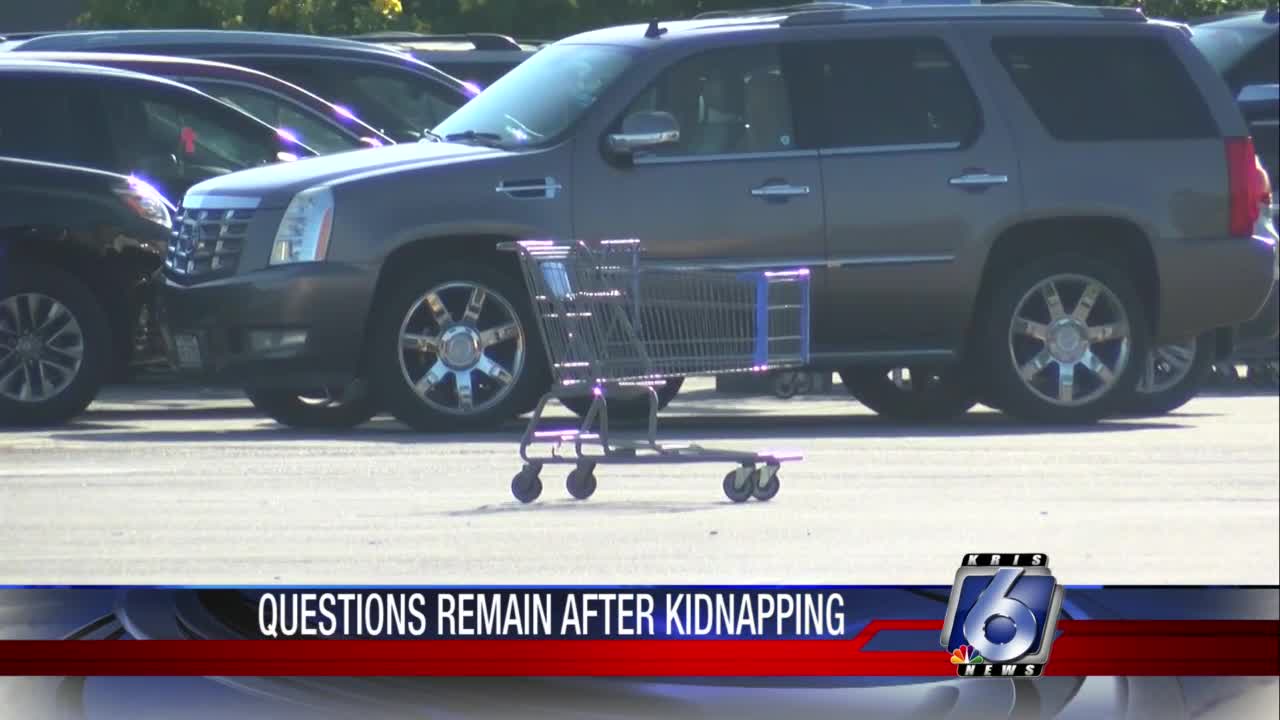 A day that began with a trip to the beach on the itinerary ended with an Amber Alert, and a woman arrested for the kidnapping of three young children.

KRIS 6 News has obtained a police report detailing the events that led up to Saturday's kidnapping.

Police began searching for 19-year-old Helen Alvarez, 2-year-old twins, and a 4-year-old, after Alvarez reportedly took them without their mother's permission from the Walmart in the 4100 block of S. Staples Street.

According to the police report, the mother of six was planning an outing at the beach with her family. They had met Alvarez about a month prior at the temporary housing facility where they all live.

A few minutes later, the mother and her three older children -- ages 19, 12, and 11 -- left the store to meet Alvarez. When they couldn't find her, they checked the store and parking lot with the help of Walmart staff, the report states.

Police were called to the store at 6:05 p.m., at which point surveillance video was reviewed. The report notes that Alvarez can be seen leaving the store with the children at 4:27 p.m. and walking north on S. Staples Street until the four can no longer be seen.

A witness told an officer that he saw Alvarez get into an older model, blue SUV with the children at nearby Hamlin Middle School.

Additional video footage from a series of surveillance cameras mounted at intersections along Staples Street appear to show Alvarez and the children then leave the area.

During the search for Alvarez and the children, oficers were dispatched to the housing facility, and Alvarez’s phone was called several times; it went to voicemail.

The children eventually were found at 9:20 p.m. Saturday walking on the sidewalk with Alvarez outside of the Valero gas station at the intersection of Ennis Joslin Road and South Padre Island Drive.

Alvarez was arrested on kidnapping charges.