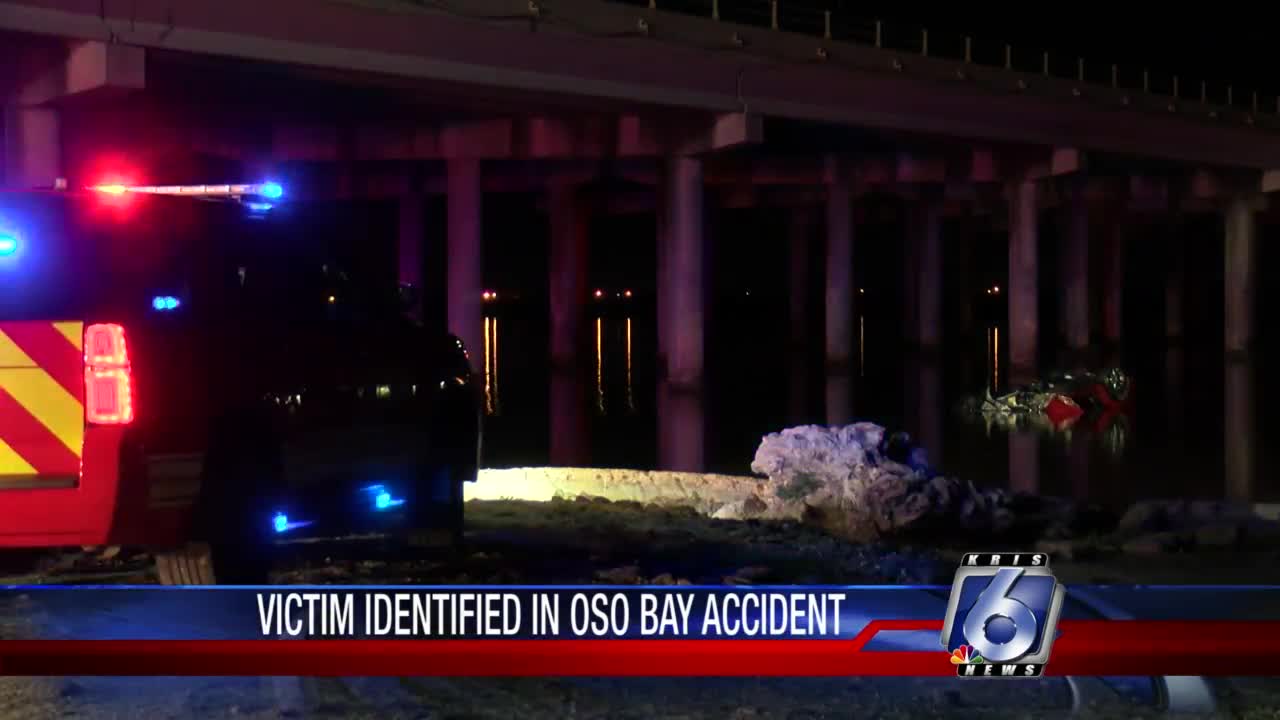 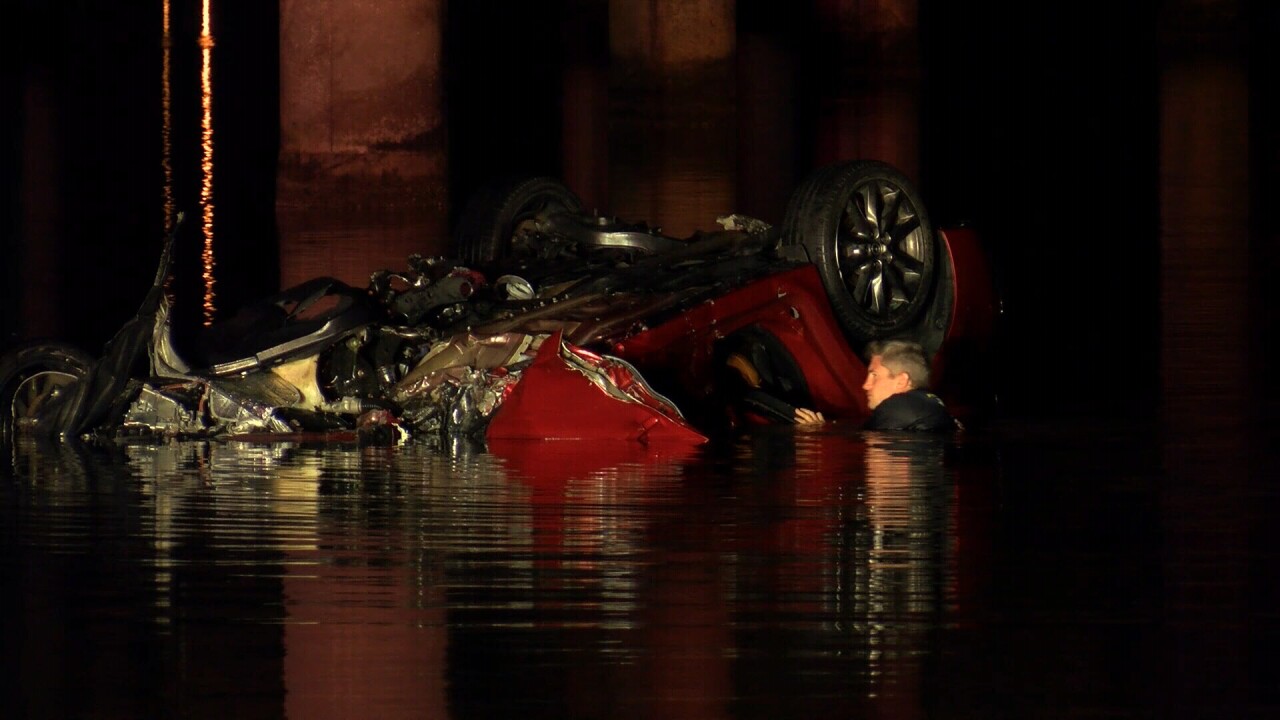 UPDATE: A 31-year-old Corpus Christi woman has been identified as the person who died in an automobile accident into the Oso Bay early Friday morning.

The deceased has been identified by the medical examiner's office as Amanda Zavala.

The accident occurred early Friday morning. At approximately 2:30 A.M. Corpus Christi Police Department officers were dispatched in reference to a vehicle in the water.

When they arrived, they found a car upside down and submerged halfway into the water.

Officers were able to rescue a female from the car. Her age was not given but officers say she is a minor.

She was taken to the hospital, but her condition is unknown at this time.

It is not yet clear if the victim and the minor are related.

Jerry Coleman was fishing nearby and witnessed the crash.

He says the car missed the turnaround and went straight, going airborne before then crashing into the water.

"When the car first came through we heard the first boom, and the second one was like a gunshot. I thought I had been hit by a shotgun. It sounded so loud," Coleman said.

CCPD has not been able to confirm if speed was a factor in the crash, but advises residents to be cautious when driving at night.

Crews were able to remove the vehicle just before 5:00 a.m. Friday.

It is still unclear how many people were in the car at the time of the accident.

The cause of the crash remains under investigation.

This is a developing story. Check back with KRIS 6 News for updates. Our crew at the scene will provide more information as it becomes available.