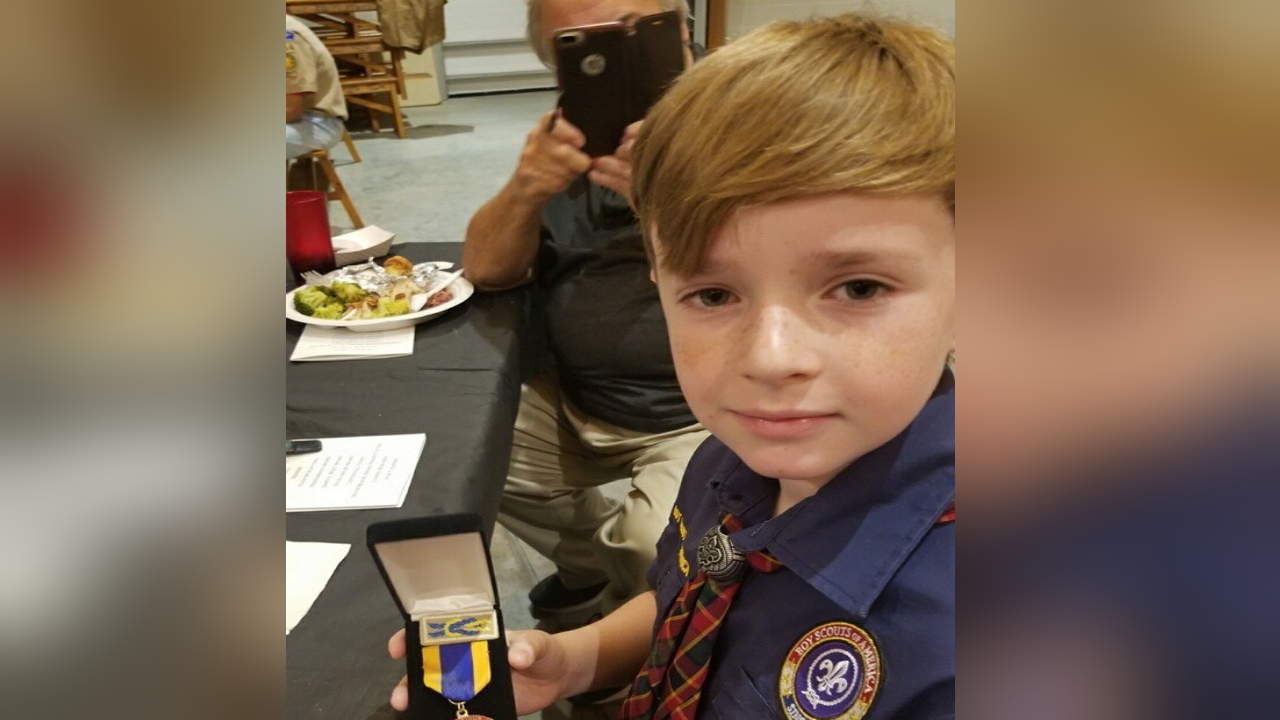 A local Boy Scout saved his grandma after she choked on a piece of steak at home back in October.

Aiden Kendrick, 10, used “back blows” after propping his grandma up against the kitchen counter.

After several tries the food was dislodged and Linda Harrison caught her breath.

“We were alone in my home,” she said. “It happened so suddenly there was no time to call 911 or go for help.”

The National Council of Honor for the Boys Scouts of America found out about the rescue and awarded Kendrick.

On Jan. 25, he received the Lifesaving and Meritorious Award — a rare achievement locally nationally according to the program.

Harrison said when they got in the car after the ceremony Hendrick “thanked” her for choking.

“I couldn’t of gotten this award without you,” Hendrick said.