One Houston teacher questioned what she calls Abbott's hypocrisy via tweets 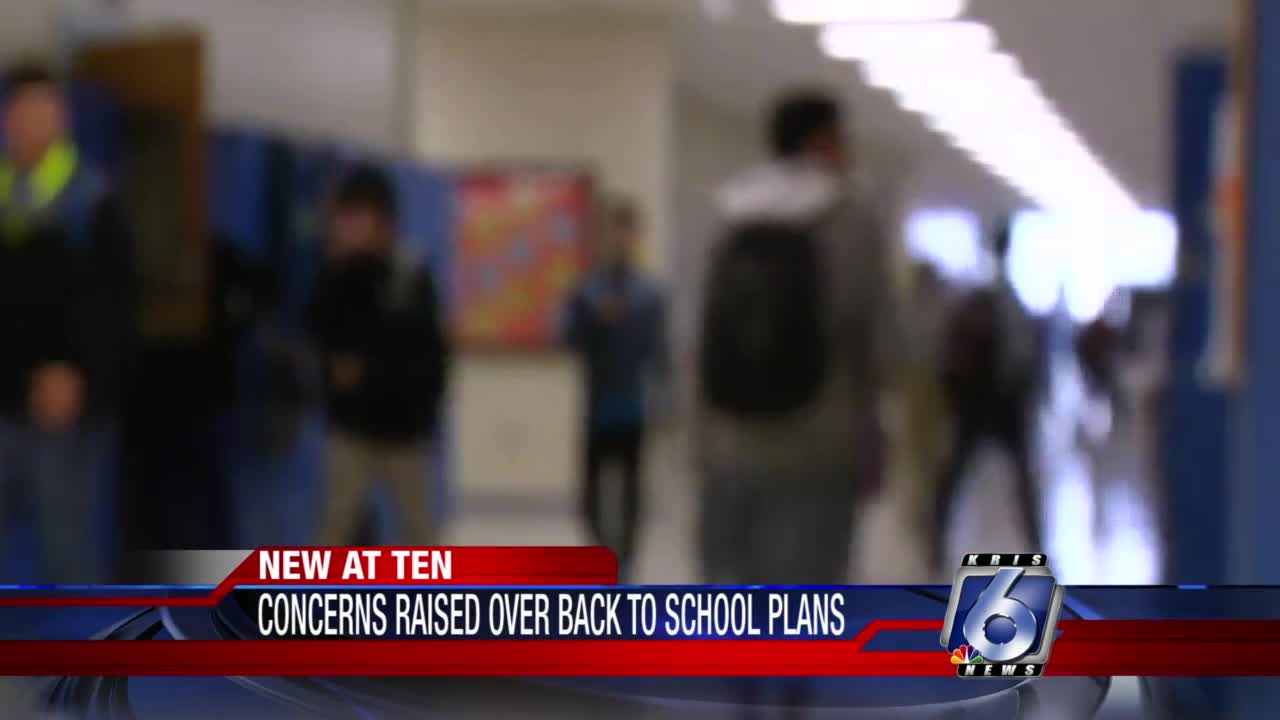 Concerns raised over back to school plans 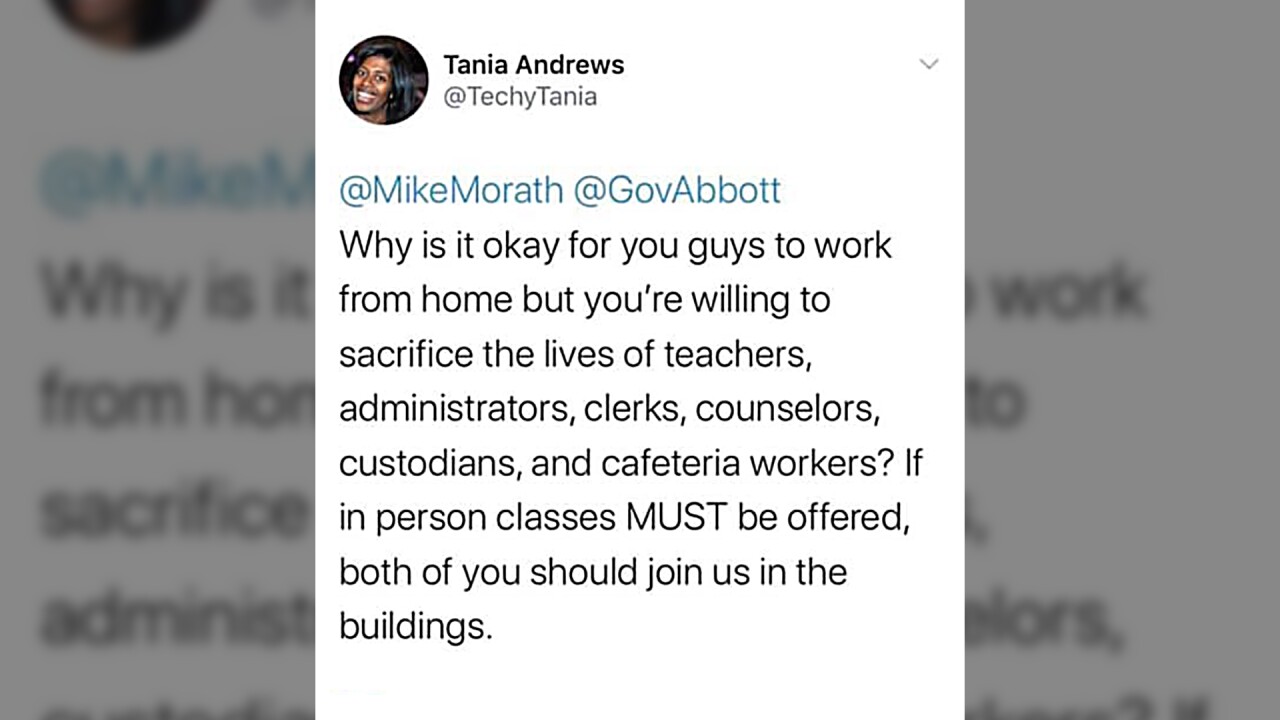 A Houston-area teacher took to Twitter to voice her concerns to the Texas Education Agency and Gov. Greg Abbott about school starting back up next month.

Tania Andrews teaches at Bellaire High School, and said she’s outraged that the TEA is closed until January, but teachers and students can return to classrooms.

“The people who lead our main agency for education don’t feel safe in their building, but they feel safe sending us back to ours,” said Andrews, who called it hypocrisy.

Especially after Abbott issued an order stating you need to have permission to hold a gathering of 100 people or more outside.

Andrews even tweeted to ask if the “governor’s mansion” will open so her students can take a tour.

“Governor Abbott, I’m asking you to be consistent with the policies that you put in place, and you’re asking us to go into buildings with hundreds or thousands of people, and we’re just supposed to risk our lives like that?” she said.

Andrews said she’s received a lot of support from teachers across the state, and even in the Coastal Bend.

Nueces County Judge Barbara Canales said Thursday that she and Corpus Christi Mayor Joe McComb will meet virtually with local superintendents to come up with a plan for the upcoming school year.

“We’re going to talk about it and what their concerns are,” said Canales. “We’re also going to create a list of questions that we can take to TEA.”

Canales said she’ll begin by meeting with schools who are in session year-round, then focus on schools in rural areas. Meanwhile McComb will meet with larger districts, such as CCISD.

Canales said one of her biggest concerns for the school year is for students who have compromised immune systems.

“There needs to be online learning available for those kids that cannot go because they have a health condition, and this would just be terrible for them,” she said.