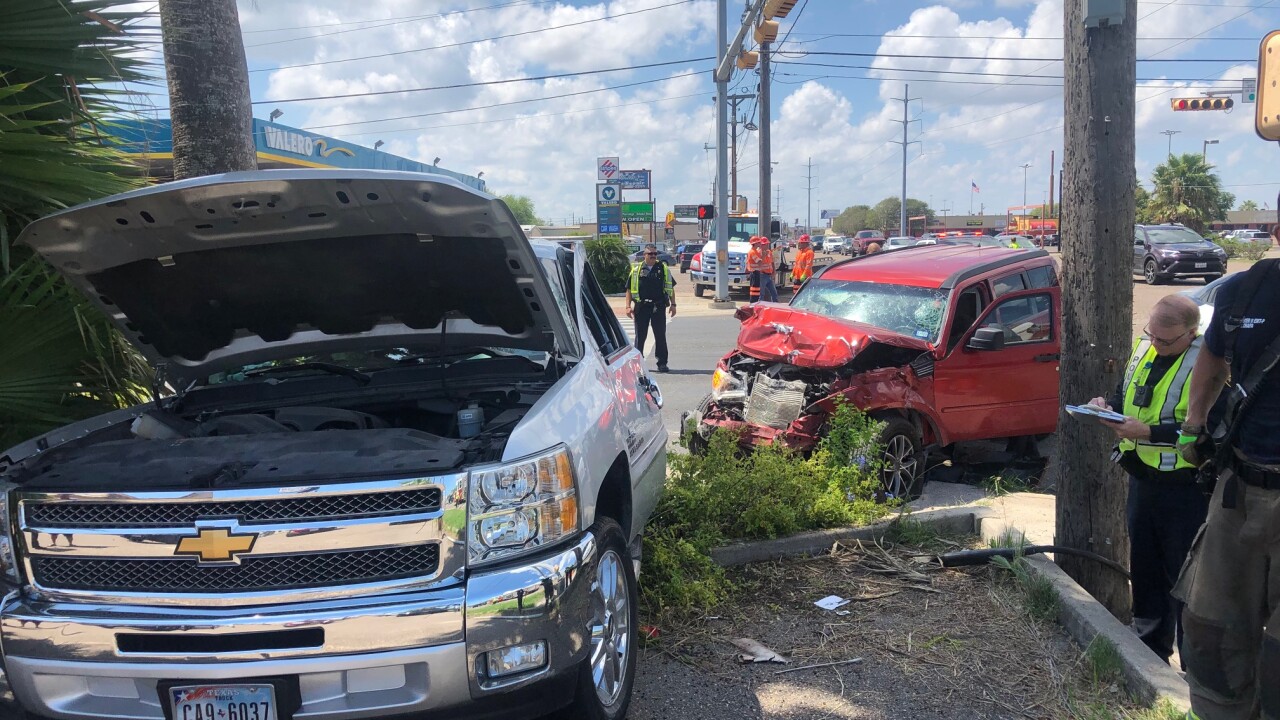 UPDATE: According to witnesses, the suspect was jumping fences in a neighborhood about a mile away from the crash.

The man was arrested at the 4400 block of Ramsey Street.

A high speed chase that started in Portland ended with a grinding crash in a Corpus Christi neighborhood.

Police say the suspect's vehicle was traveling close to 100 mph at one point.

One of the victims was treated for injuries at the scene, The suspect fled.