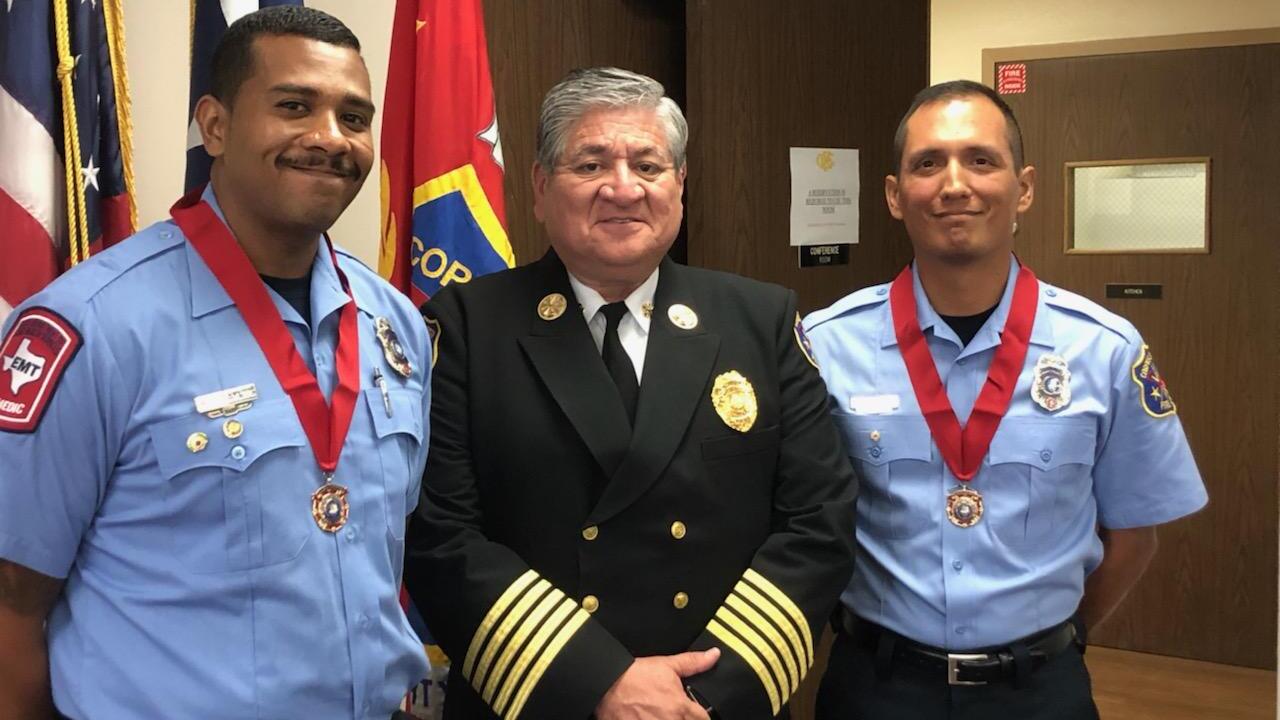 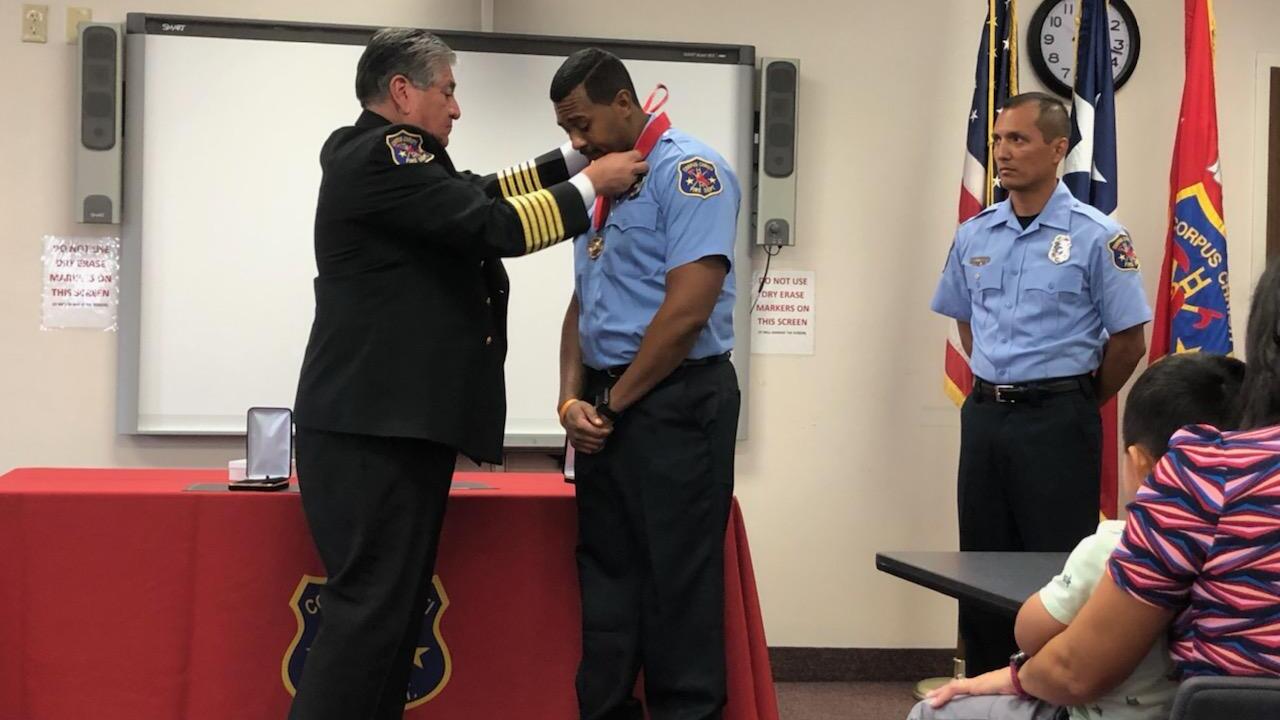 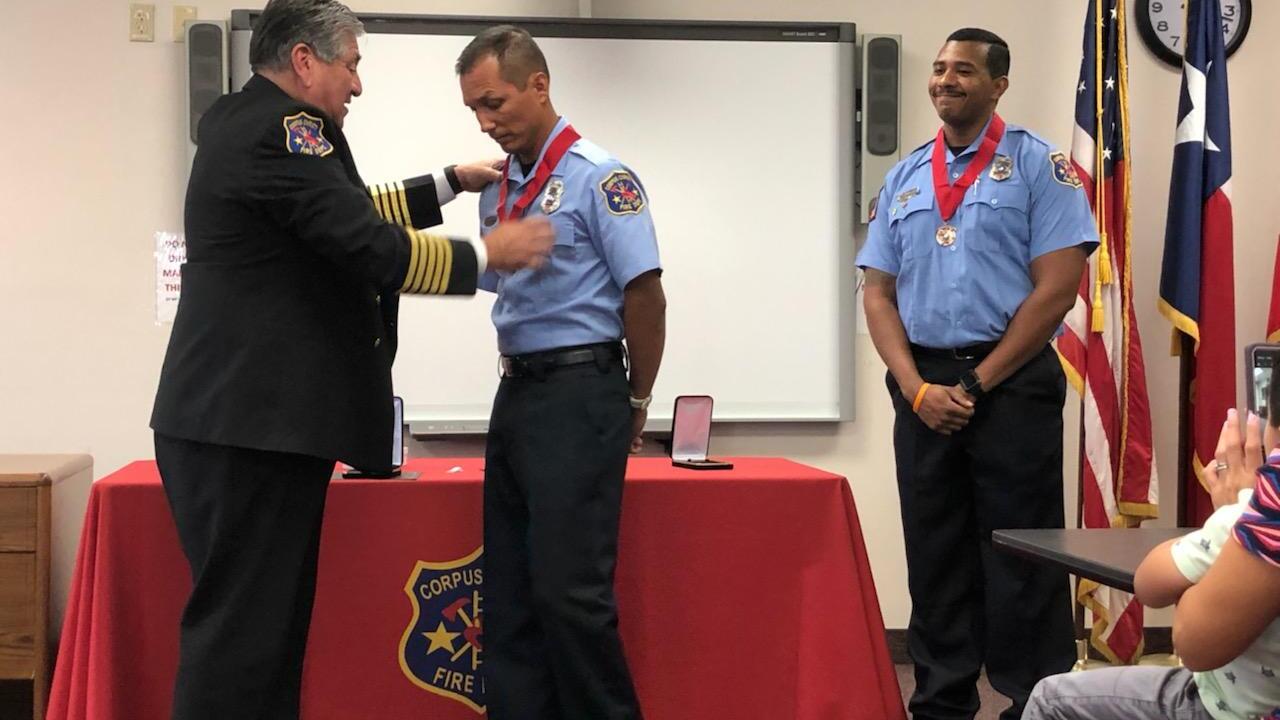 The Corpus Christi Fire Department held a ceremony to recognize two Firefighters who rescued a child from a burning building.

With smoke causing zero visibility they found the child unconscious in an upstairs bedroom. They child was removed from the building and sent to a hospital. He was later released to his family.